Monkey see, monkey make me do! Itchy animal forces man to scratch its back

This is the adorable moment a monkey convinces a man to give it a four-minute back rub.

Footage shows the pompous primate, in India, even giving the man instructions on the best way to scratch its back.

After it decides one position doesn’t quite hit the spot, the animal starts to point at the spot where he wants to be scratched. 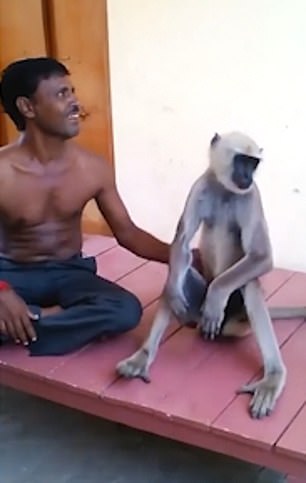 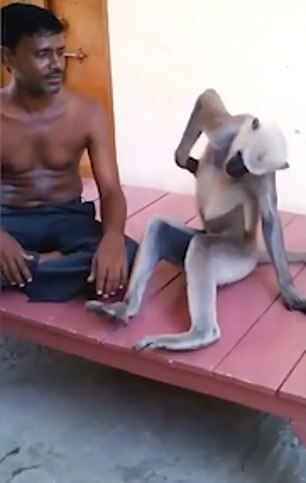 The cheeky monkey even pulls the man’s hand, ordering him to try a different area.

The hilarious footage, which is trending on social media, shows the monkey sitting on some wood decking with the man who starts to scratch its back.

Deciding that the man wasn’t doing it properly, the adorable animal demands a change in scratching strategy.

The man then continues to rub the monkey’s back as he relaxes with pleasure. 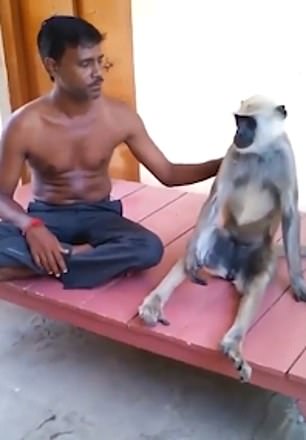 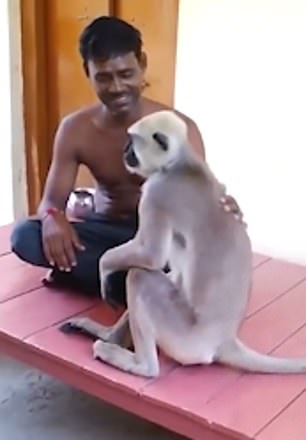 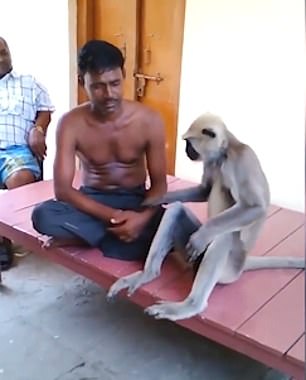 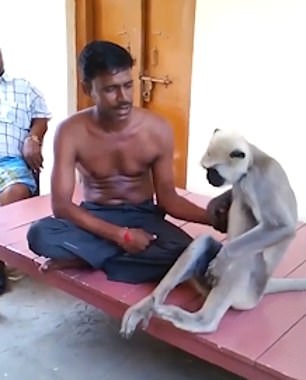 At one point the monkey even jumps into the man’s arms and gives him a front-on hug.

Car horns can be heard in the background as men stand around laughing at the rather bizarre spectacle. 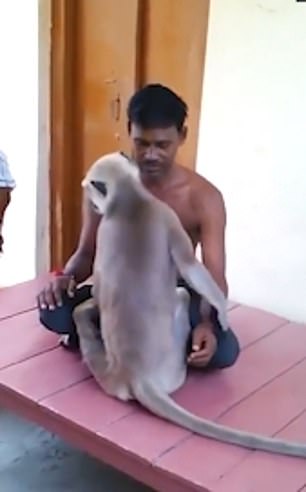 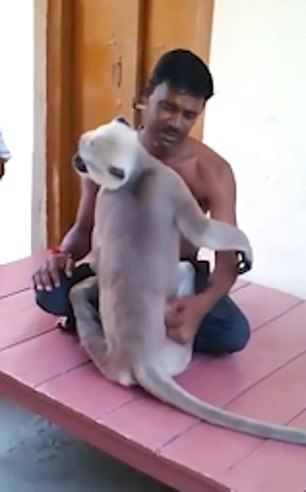