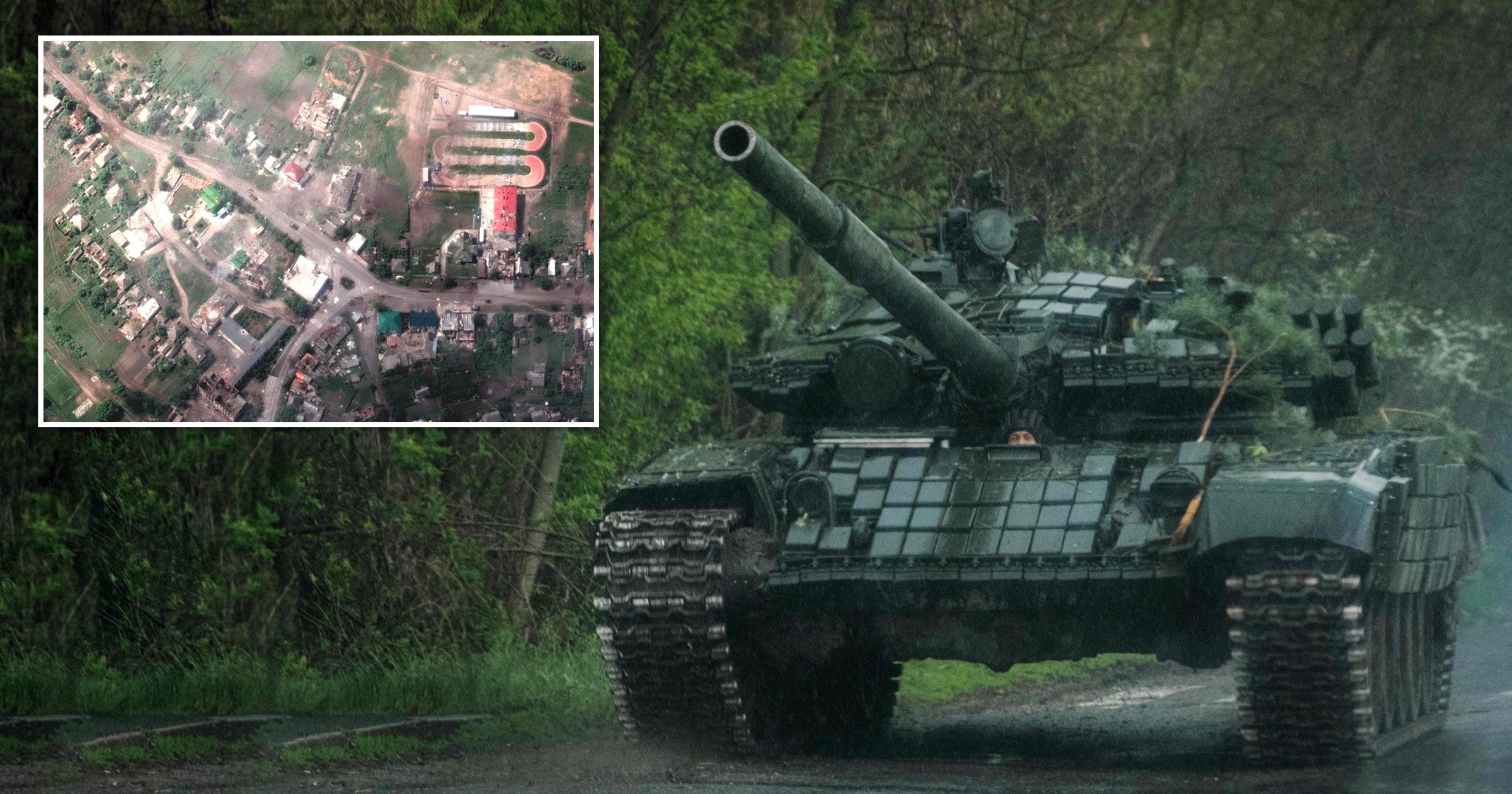 More than 5,000 Russian soldiers are surrounded after a massive Ukrainian offensive overnight.

Kyiv’s troops have been pushing further into Donetsk in recent days and weeks as it attempts to push invading forces out.

Efforts have focussed on retaking Lyman, a town held by Russia which serves as the main military bastion in the north of the semi-occupied region.

A breakthrough would amount to a tactical and symbolic victory for Ukraine just 24 hours after Vladimir Putin tried to claim Donetsk has been absorbed into Russia.

As many as 5,500 Russian troop could be trapped in the town, although that number is likely to have fallen with casualties and smaller units breaking out of the encirclement.

It serves as the main logistics and transport hub for operation in the region, providing a crucial tactical role for the Kremlin.

Serhii Cherevatyi, spokesperson for Ukraine’s eastern forces, said: ‘The Russian grouping in the area of Lyman is surrounded.

‘Lyman is important because it is the next step towards the liberation of the Ukrainian Donbas.

‘It is an opportunity to go further to Kreminna and Sievierodonetsk, and it is psychologically very important.’

He claimed Russian troops had asked their commanders to retreat but had been told they must hold their position.

Efforts are being made to break out of the encirclement, he said, and it appears fierce fighting is continuing around the area this morning.

If confirmed, it would be yet another military disaster for the Kremlin after a fight-back which has seen Kyiv’s forces sweep back into Donetsk in recent weeks.

A major counteroffensive sent panic through the Kremlin and triggered Mr Putin to call hundreds of thousands of reservists in a bid to shore up his faltering army.

Mr Putin attempted to claim he had successful annexed Donetsk along with Luhansk, Kherson and Zaporizhzhia this week.

Sham referendums were held ahead of a huge celebration in Moscow’s Red Square yesterday.

A massive crowd was bussed in to hear music and Mr Putin give a speech claiming a ‘victory’ after seven months of war.

But discontent with the war is growing at home because of the growing death toll and botched mobilisation.

In a rare admission of weakness, Mr Putin accepted people not fit to serve in the armed forces had been forcibly drafted up in recent weeks.