Mother-of-four, 50, used DNA ancestry kit to trace her real father’s identity after finding out she was the result of a secret affair only for him to reject her

A mother-of-four who found out the identity of her biological father using a DNA kit has warned of the problems they can bring after he rejected her.

Secondary school teacher Nicki Field sent her DNA to Ancestry.co.uk after being told by her mother that the man she knew was not her father when she was 13-years-old.

The 50-year-old, from Kimbolton, Cambridgeshire, managed to track down the married father-of-four, but he refused to accept the affair with her mother or say he was his daughter.

She told The Mirror : ‘It was devastating to be told that neither he, nor any of his children, with whom I share an obvious family resemblance, wanted me in their lives. 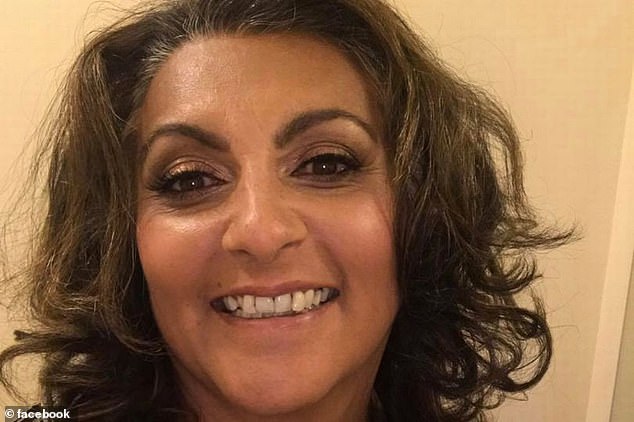 Secondary school teacher Nicki Field sent her DNA to Ancestry.co.uk after being told by her mother that the man she knew was not her father.

‘Most people don’t realise the power of these tests and the can of worms they can open.’

An increasing number of people are signing up to websites that can test your DNA at home.

Kits like AncestryDNA and a host of other firms are offering to dissect your genetic code for a fee.

Genealogist Debbie Kennett said more than 30 million currently use the tests at home – a 10 fold increase in just three years.

A spokesman for AncestryDNA said: ‘We take our responsibility towards our customers and the potential impact of complex discoveries, very seriously.

‘Ancestry works hard to help customers understand some of what they learn might be unexpected and we have a dedicated team trained to help them understand and interpret their results.’

DNA, or deoxyribonucleic acid, is a complex chemical in almost all organisms that carries genetic information.

It is located in chromosomes the cell nucleus and almost every cell in a person’s body has the same DNA.

It is composed of four chemical bases: adenine (A), guanine (G), cytosine (C), and thymine (T).

Human DNA consists of three billion bases and more than 99 per cent of those are the same in all people.

The order of the bases determines what information is available for maintaining an organism (similar to the way in which letters of the alphabet form sentences).

The DNA bases pair up with each other and also attach to a sugar molecule and phosphate molecule, combining to form a nucleotide.

These nucleotides are arranged in two long strands that form a spiral called a double helix.

The double helix looks like a ladder with the base pairs forming the rungs and the sugar and phosphate molecules forming vertical sidepieces.

A new form of DNA was recently discovered inside living human cells for the first time.

Named i-motif, the form looks like a twisted ‘knot’ of DNA rather than the well-known double helix.

It is unclear what the function of the i-motif is, but experts believe it could be for ‘reading’ DNA sequences and converting them into useful substances.

Source: US National Library of Medicine