The 29-year-old Welsh racing driver was on his third lap of the fourth qualifying session when he crashed going round the fearsome Ballagarey right-hand turn.

Motorcyclists tend to navigate the corner at around 170mph.

Mark’s incredible pace had seen him complete a lap of the Mountain Course at a record average of 121mph just minutes before his death. 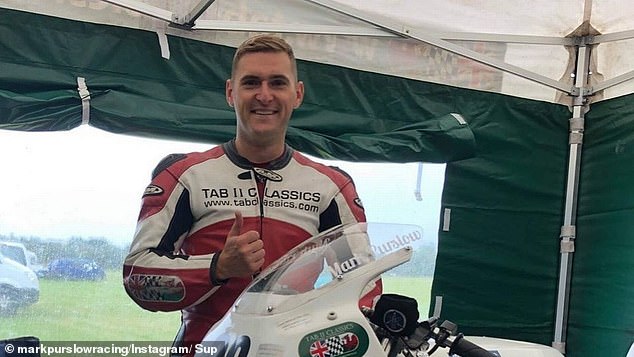 Mark Purslow, 29, was killed going round the fearsome Ballagarey turn at around 170mph 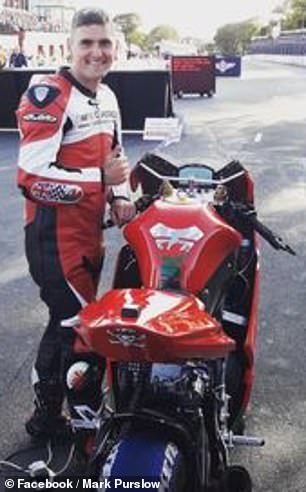 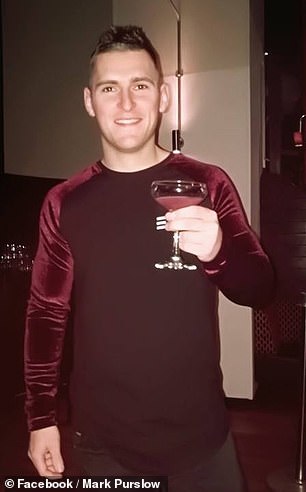 Mark (left and right) had become a star TT racer in a life ambition that became ‘the ultimate personal challenge’, race organisers said. The 29-year-old was killed at high speed yesterday

His tragic death is the latest on one of the world’s most dangerous racecourses.

An estimated 259 drivers have been killed since the first Isle of Man TT in 1907.

The races are being held again after a two-year absence due to the COVID-19 pandemic, the longest break for the event since World War Two.

Local rider Dave Moffitt was airlifted to hospital in Liverpool on Tuesday after another crash.

He is in a serious but stable condition. 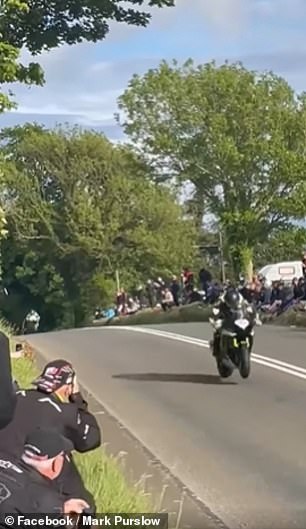 The Isle of Man TT Races wrote in a statement: ‘The TT Races will continue – but always with Mark in mind.

‘We would like to extend our deepest condolences to Mark’s family, loved ones, and friends.

‘Mark grew up around racing and was inspired by his father’s love of the sport.

‘He typified the spirit of the privateer TT racer, preparing his own machinery with the support of friends and family.

‘Road racing was his passion – competing in Northern Ireland and Europe in the International Road Racing Championship – but becoming a TT racer was a life’s ambition that represented the ultimate personal challenge.’

Purslow was on his third lap in qualifying when the incident happened.

He wrote: ‘It takes a special kind of talent to win a Manx GP race at your first attempt. Mark Purslow was just that.

‘A proud young Welshman who gave it his everything. Sadly now it’s cost him everything. 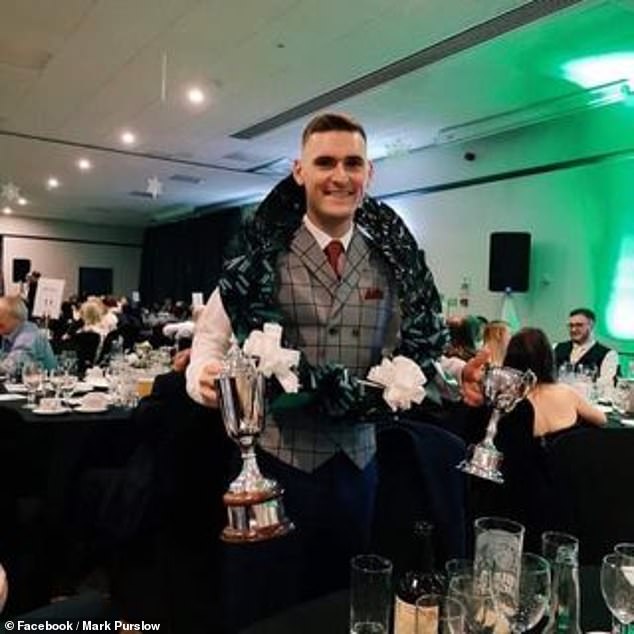 Purslow, pictured with a racing trophy at a dinner, was remembered as a ‘special talent’

‘Thoughts and condolences with Mark’s family and friends at this most difficult time.’

Spanish driver Aleix Espargaró had called on the race to be cancelled in 2019, claiming it’s too dangerous.

He tweeted in response to the death of British driver Daley Mathison three years ago: ‘Very sad news, RIP!

‘But from the respect and in my humble opinion, I feel very bad but I can not understand how that race is not prohibited! 257 dead… How sad!’