At least five people are dead and dozens more feared injured after a 100 car pile-up on a Texas freeway on Thursday morning that was caused by Winter Storm Shirley, a brutal storm that is wreaking havoc across multiple southern states.

Firefighters are going car to car along Interstate 35 near Fort Worth, trying to find people who urgently need to be rescued after the crash at 6.30am on Thursday morning.

It’s unclear what started it but video shows a FedEx truck losing control on a downhill stretch of the freeway and plowing into a barrier. Cars behind it then started smashing into it.

The crash site stretches for 1.5 miles along the freeway and traffic is backed up for miles. Authorities are describing it as a ‘mass casualty incident’.  It includes cars stuck beneath 18-wheelers and pick-up trucks.

According to MedStar, an ambulance service on the ground, the number of people in critical condition is currently between 40 and 50 but is growing ‘by the minute’. Firefighters are now worried that the people who are trapped my develop hypothermia.

It is the worst of multiple crashes across Texas that have been caused by the storm.

Another person died in a crash in Dallas and two others were killed in other incidents over Wednesday night and Thursday morning. 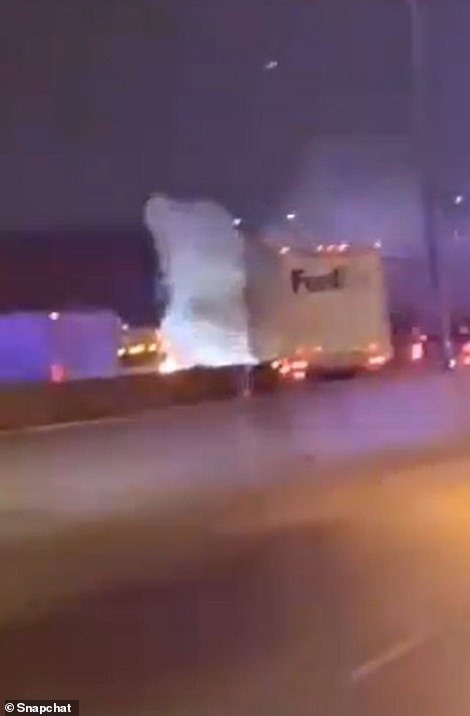 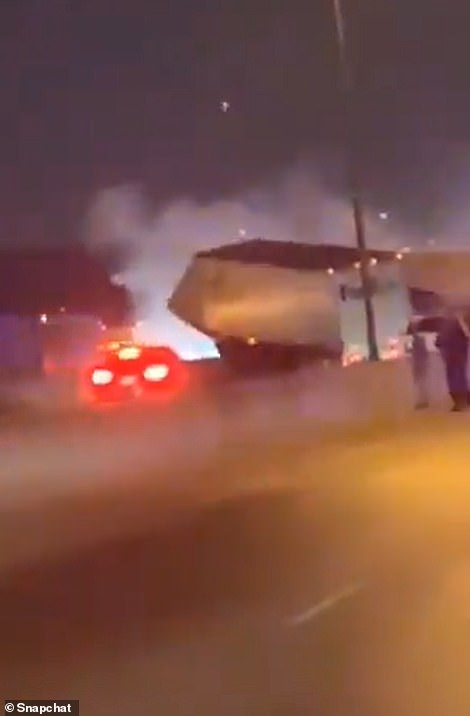 A FedEx truck was filmed losing control on a downhill stretch of the road in the early hours of the morning and crashing through the barrier. Cars behind it then started piling up 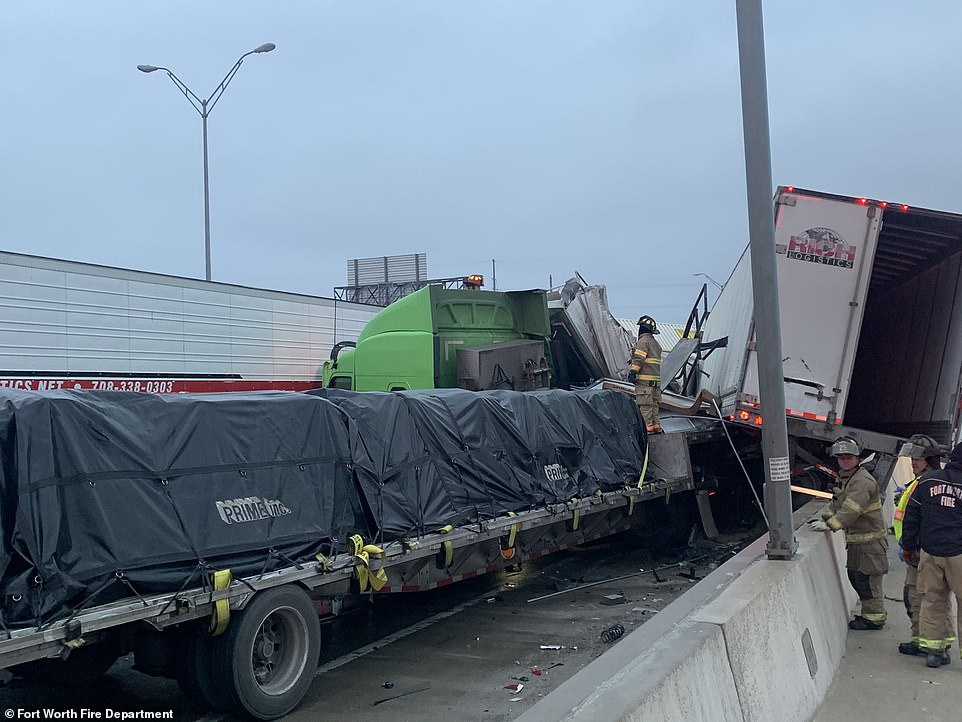 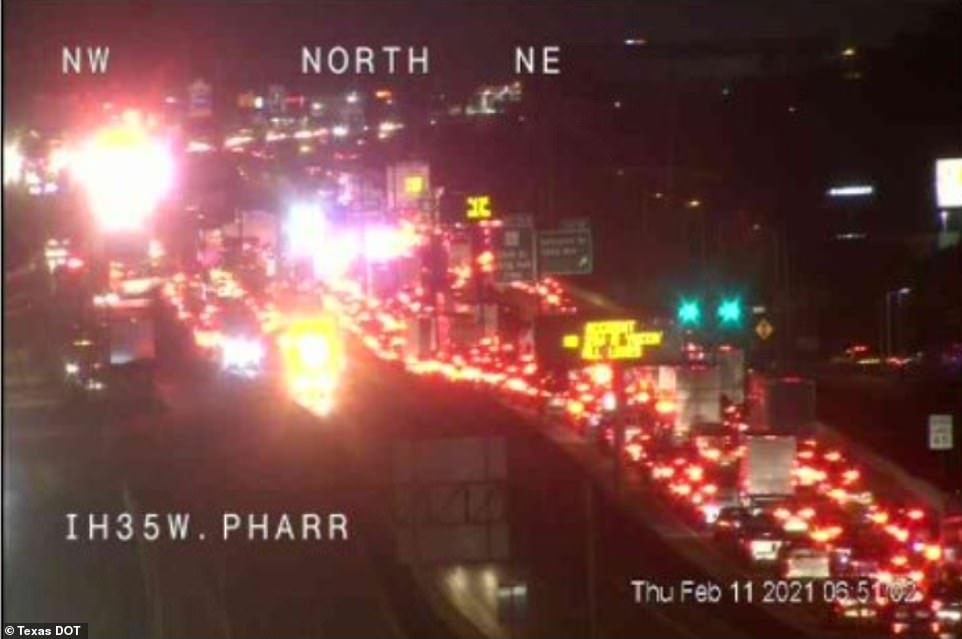 ‘Multiple vehicles involved. Multiple people trapped. More details to follow,’ the Fort Worth fire department said in a tweet at around 8am.

They shared a photo of firefighters trying to gain access to people trapped inside a cargo truck which had smashed into another vehicle. Firefighters are having difficulty accessing the vehicles because the road is still so icy.

‘We have officers on scene and is still an active scene. Weather was probably a factor.’

‘This is one of the [worst] disasters I have ever seen in this area,’ North Texas storm chaser Jason McLaughlin said in a video from the scene.

Overnight, Winter Storm Shirley – which is expected to wreak havoc on multiple states over the next few days – dumped sleet and froze roads across southern states, including Texas.

In another incident, 26 cars crashed into each other in Austin. It’s unclear if anyone died in that incident. 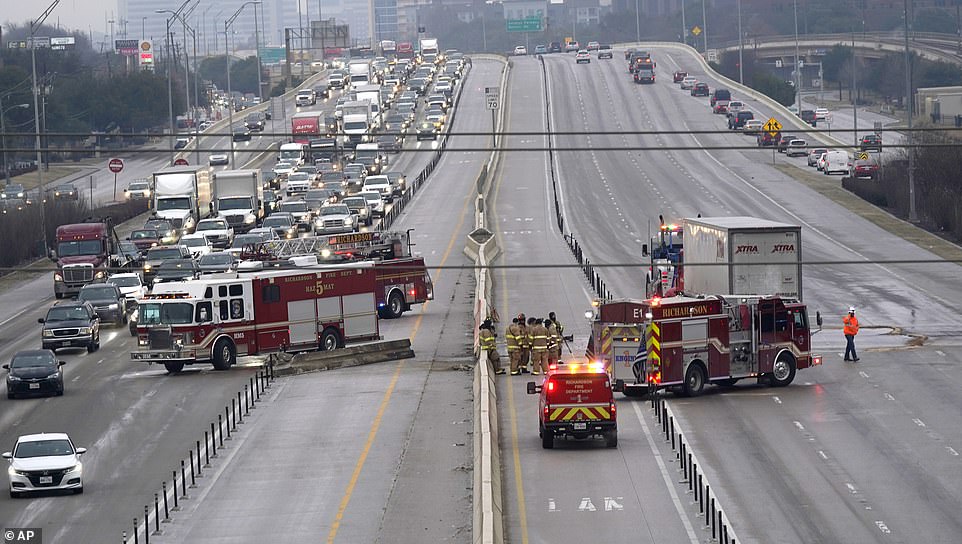 In a different accident in Richardson, Texas, firefighters had to close the freeway. In total, eight people have died in multiple incidents across the state because of the weather