A MUM suffered horror injuries after being glassed in a "bloodbath" row over alleged STDs with a love rival who romped with her ex.

Hannah Gwillym, 21, said she is scarred for life after being attacked in the toilets of a nightclub in Swansea, Wales by Jody Edwards. 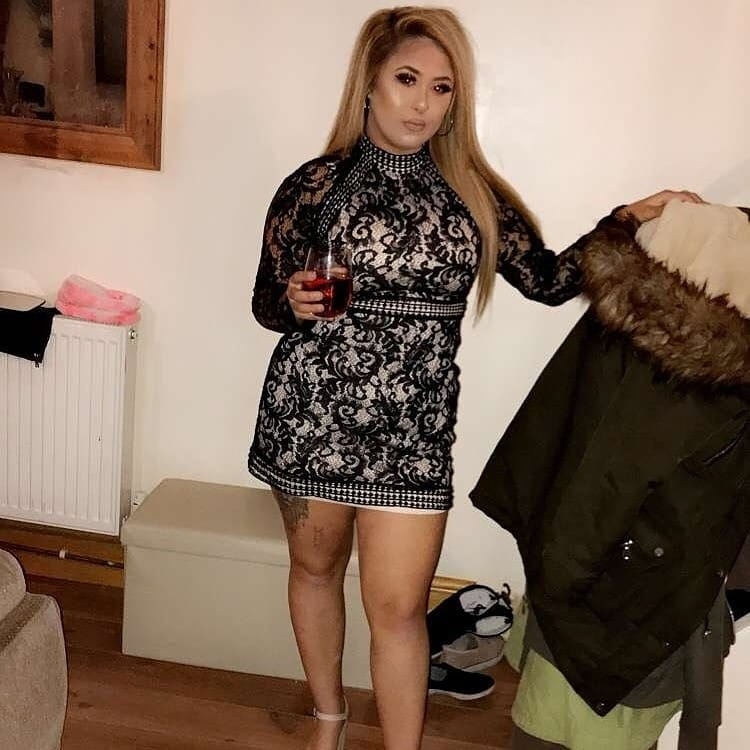 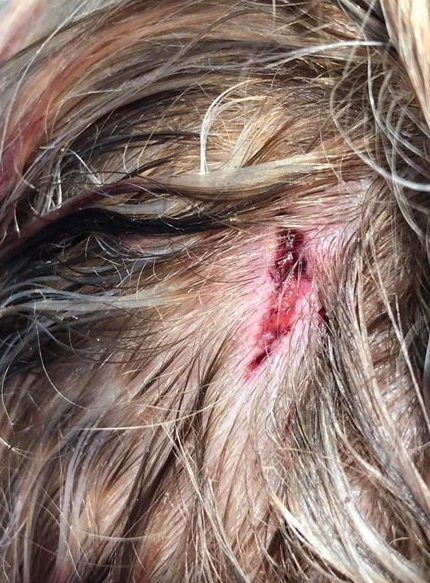 Edwards, 22, had previously enjoyed a steamy tryst in a car with Hannah’s now ex-boyfriend.

She claimed Hannah goaded her by accusing her of giving her then-partner a sexually transmitted disease.

Mum-of-one Hannah said: "It was carnage, a real bloodbath.

“I was out for a fun night and ended up being pushed out of the nightclub in a wheelchair and taken to hospital.

Hannah, from Swansea, said a night out last August descended into sickening violence after she got separated from pals.

She was attacked in the loos by Edwards with the toilets left "awash with blood" following the brutal assault. 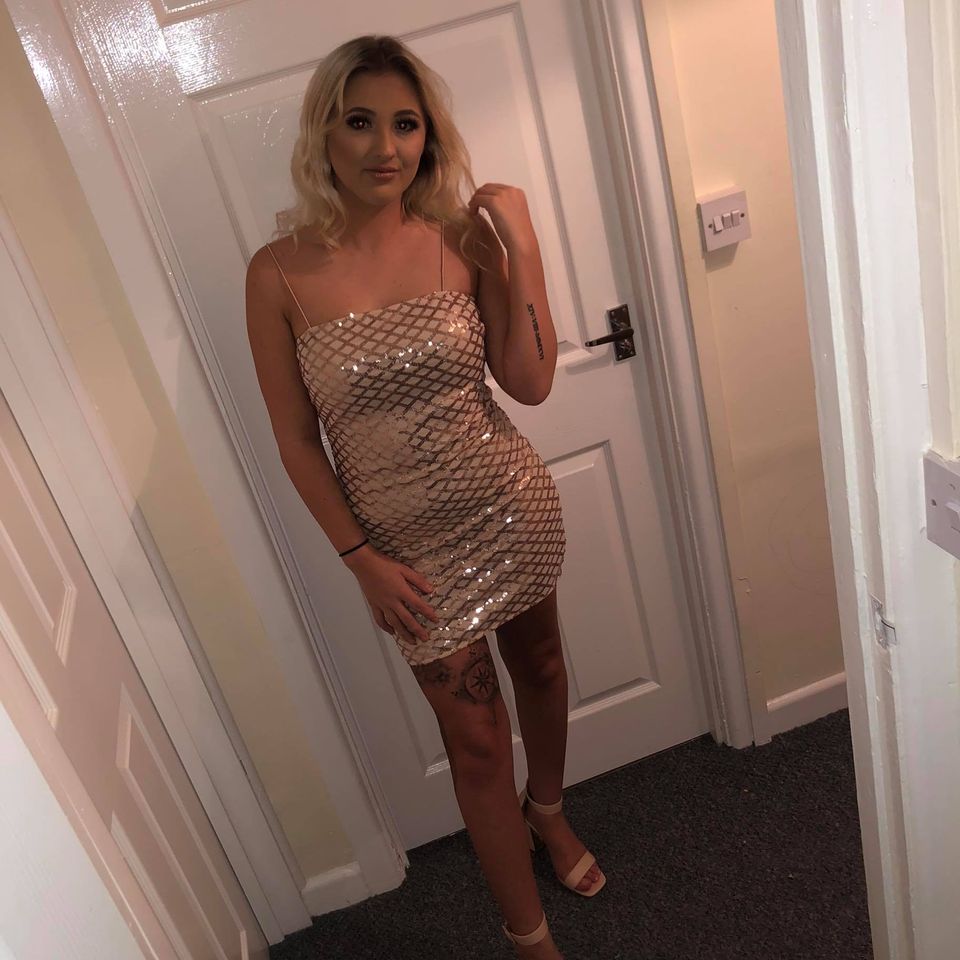 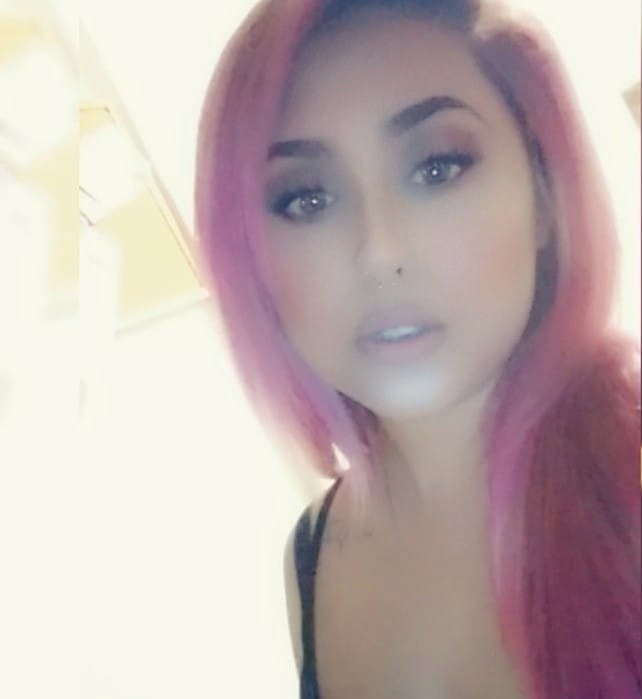 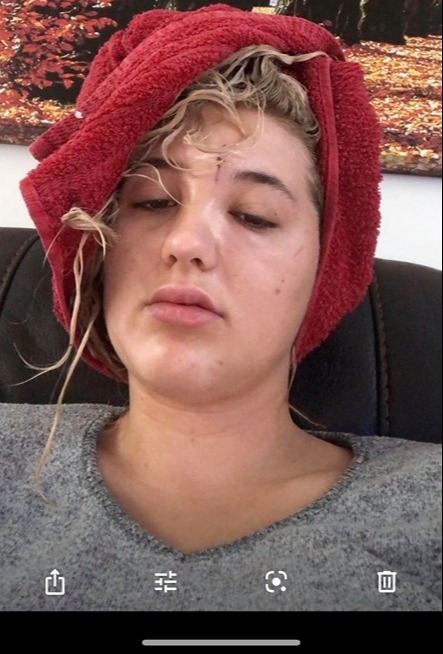 Hannah said: "I’d lost my friends earlier in the night and arrived at Fiction, which is Swansea’s largest nightclub, without them.

"When I flung open the bathroom door, I instantly recognised the woman standing in front of the mirror – it was Jodie Edwards.

"The year before, she’d slept with my long-term partner.

"We’d been together four years but when I found out he had cheated on me, it was the end.

"It was painful at the time but I’d moved on. If I’m honest, our break up was the best thing that could have happened and I thanked him for it."

Hannah said Edwards "smirked knowingly" after spotting her and launching a savage attack.

She said: "Without thinking, I laughed in her face and threw my drink over her head.

"I know I was wrong to do that but it was my first instinct when I saw her smug face.

"And I didn’t certainly deserve what came next. Jody smashed a glass bottle over my head twice.

"I fell to the floor and the last thing I remember, Jody was hunched over me, hitting me repeatedly."

When Hannah came round, she was lying in A&E in agony after being rushed to hospital.

There was a gash in my forehead. The back of my head was also cut and I had a broken finger.

She says: "There was a gash in my forehead. The back of my head was also cut and I had a broken finger.

"Medics stitched me up and sent me on my way.

"My little girl saw my bandaged face the next day and burst into tears. I had to reassure her that mummy would be ok."

Pals told her she was pushed out the club in a wheelchair while "covered with blood". 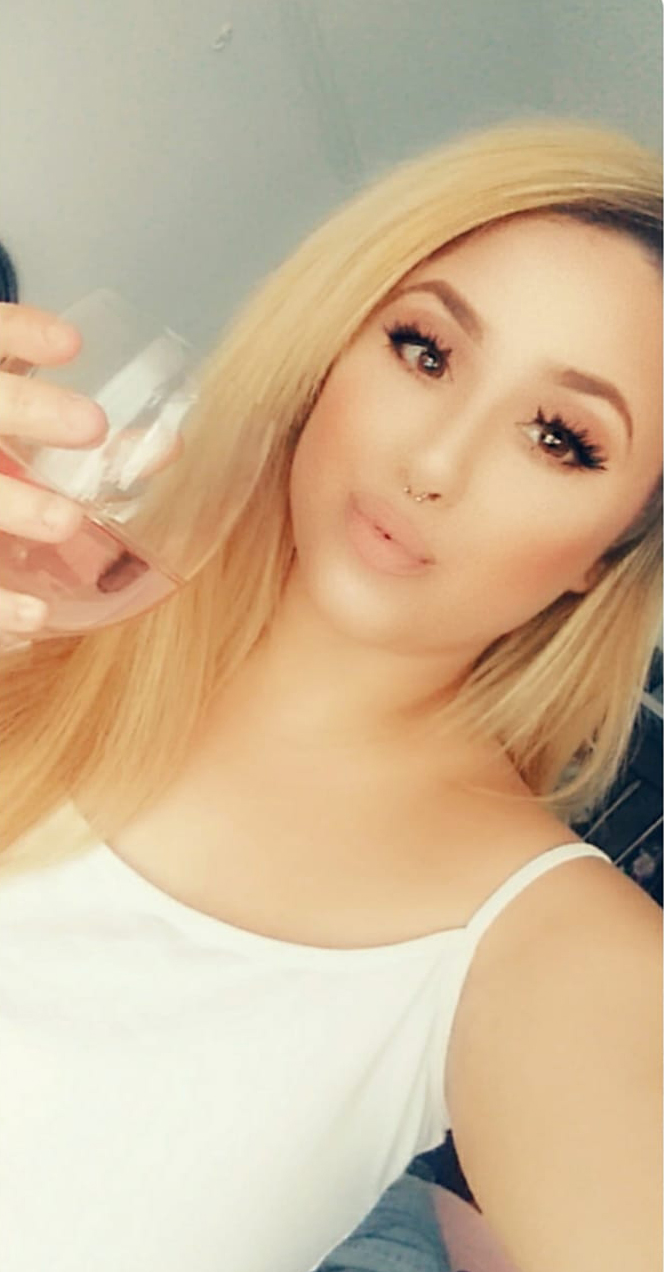 She added: "The walls and the floor of the ladies’ toilets were awash with blood.

"They were all worried sick about me."

She claimed Hannah accused her of giving her ex a sexually transmitted disease – a claim Hannah denies.

Edwards was handed a 12-month prison sentence suspended for two years and ordered to complete a rehabilitation course and pay £1,000 compensation to Hannah.

Hannah says: "This was the first I’d heard about a STD and it’s nonsense.

"My injuries healed well but I’m left with a scar in the centre of my forehead.

"I’m scarred for life thanks to Edwards but I’ve put what happened behind me and moved on with my life." 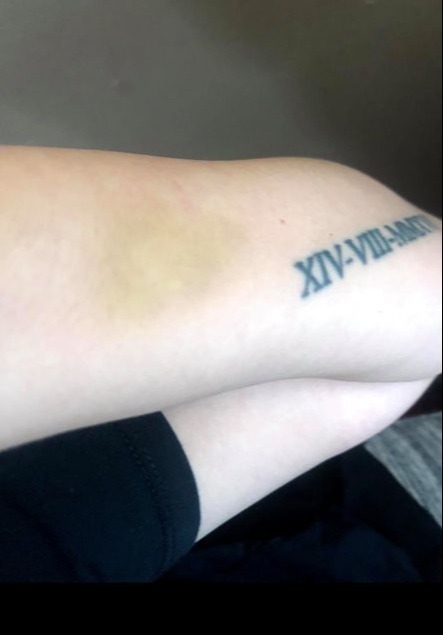 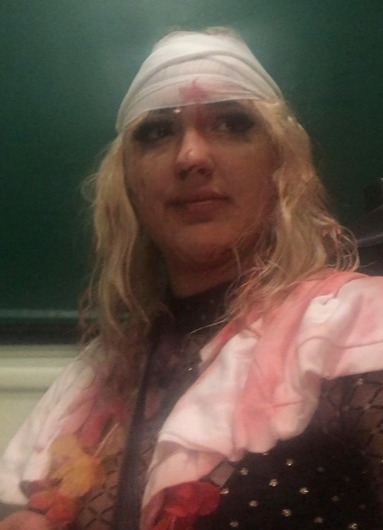