My 7 top tips for dealing with vicious trolls

Shocking social media attacks by trolls have been a feature of this plague – with people on all sides of the argument around restrictions being targeted. How do I deal with the brutes? Here are the seven key things.

1. Accept trolls as a fact of life. The incontrovertible truth is that in this third decade of the 21st century, if you are going to poke your head anywhere above the parapet of public life and have any presence whatsoever, vicious trolling comes with the territory. A TV journalist friend told me 30 years ago that doing a stand-up with a camera anywhere in public was a sure-fire "idiot magnet". There might be 2000 people going up and down a busy street. How to find the dozen idiots? Start talking into the camera. Within 30 seconds, those dozen idiots will be jumping up and down behind you. Ditto, with trolls. 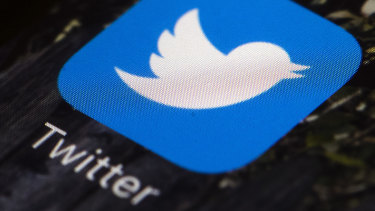 Trolls have been rampant on social media during the pandemic.Credit:AP

2. Death threats aside, do not take them seriously. If you say something clever or even just standard-brand sensible like, say, "I accept that the experts are right and that restricting movement will help restrict coronavirus and will save lives", set your watch. Within 60 seconds you will be besieged by people who – despite the fact they can't spell – know better than winners of the Nobel Prize for Medicine. Double ditto, publicly accepting the science of climate change. Within 30 seconds you will get responses to the order of "but it is really cold today where I live, so I just don't believe it". Like commentators and politicians who put out the same bilge professionally – often in column after column, broadcast after broadcast, speech after speech – such responses are best consigned to the circular filing cabinet.

3. Take it as a badge of honour. If people this nasty and this ignorant are against you, you must be doing something right. Just imagine how troubling it would be if you had them on your side. Just how wrong would you have to be on, like, everything? It would be like being lauded by Alan Jones' old talkback audience – you'd have to ask yourself, just where have I gone wrong?

4. Don't read the brutes. I have related before how, a couple of decades ago, just before the age of social media, I asked my erstwhile biographical subject Kim Beazley how on earth he coped with there being every day at least five attack-dog commentary pieces seeking to tear him to shreds, and I have cherished his answer since, an answer perfect now for trolls.

"Simple," he replied. "I don't read them. My staff will bring to my attention anything I need to know, but I just don't want to start every day carrying that kind of emotional baggage." RAH! I have used that principle since.

5. Block ‘em. There are not as many out there as you think. You can think, when in the middle of it, that there must be 500,000 trolls out there, but I have blocked about 1200 and my feed is pretty clean these days. Most Australians are good, decent people, and you have to remember that the poor sad-sap anonymous trolls are simply shouting into public microphones what they used to shout at the television. It is the same stuff, equally ignorant and nasty, but the more you block or report, the more blissfully unaware you will be of it and the less toxic social media will be because of it.

6. Every now and then, engage. I am frequently attacked on Twitter by trolls that follow me. When I follow them back, allowing me to direct message them, and say "What's going on, champion, what is the issue?" there are usually one of two responses. Either there is a quick apology as they are so pleased that someone has knocked on their door that they'd like to chat – or they refuse, simply refuse to come out from under the bed until you are gone. Both are highly amusing. And occasionally, too, you really can have worthwhile exchanges where you come to understand why they think like they do. Most of them are just flat out lonely.

My only rider to all of the above? I suspect men have it easier when it comes to trolls. Though I regularly get attacked about my appearance and fashion choices – I have been reliably informed that the bandanna is not everyone's favourite – it seems to me women get attacked about 20 times more on that front. This, I suspect, is because most trolls are males and somewhere in the brute male code it is written that while males might occasionally attack other males over appearance, when it comes to attacking females that is the starting point.

My friend Magda Szubanski is a prime example. She is a wonderful voice of reason on social media, and yet she only has to express the mildest views on anything before she gets responses that would peel paint – none of which have anything to do with what she has said. When I asked her how she copes, she said "They can't get me when I don't care. And on all the fat-shaming stuff, I just don't care. If that is all they've got, they've got nothing." RAH!