The family of a cyclist killed in a hit-run collision in Ballarat has appealed to the driver of the car involved to come forward, with his daughter – a serving police officer – saying she happened upon the scene of the collision on her way to work.

David Thomson, 60, was riding his bike on Brazenor Street towards La Trobe Street in Delacombe about 5.40am on Thursday, October 21, when he was struck front-on by a vehicle at the intersection, according to police.

Mr Thomson died at the scene, and police say the vehicle a small, silver, sporty-looking sedan – drove off without stopping or braking.

“At the early stages of the investigation, we’ve obtained CCTV that shows the collision, and basically, the driver cannot say that he was unaware that it happened,” major collision unit Detective Senior Constable Sandro Lombardi said on Tuesday. 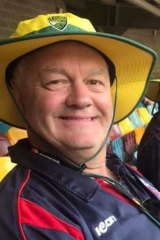 Mr Thomson was riding his bike in the early hours of the morning when he was struck by the sedan.

“There was no braking; it just left the scene.”

She said he took up cycling as a way to improve his fitness, so he could continue playing cricket, and keep up with his grandchildren.

Ms Thomson happened on the scene of the hit-run on her way to work about 7am on Thursday, and – not knowing it was her father who was involved – asked the police officers in attendance if there was anything she could do to help.

“A sergeant detective I work with daily informed me that a cyclist had been hit and killed, and a car had failed to stop. That cyclist was my father,” Ms Thomson said. 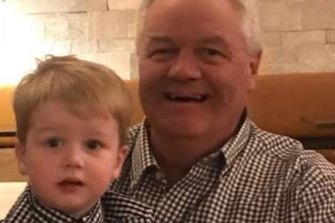 David Thomson died in a hit-run collision at Delacombe on Thursday, October 21.

“Dad had been tragically killed on the way to work, and, what’s worse, the coward didn’t even stop or brake afterwards. I had unknowingly attended my Dad’s own crime scene.

“Please, if you have seen something, say something. You might be holding onto the missing piece of the puzzle … to get a tiny bit of closure, which we desperately need.”

Ms Thomson appealed to the driver to hand themselves in, saying, “no person can live with this kind of guilt”.

“My police family won’t stop looking for you,” she said. 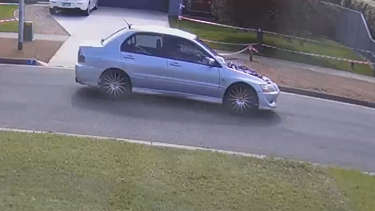 The silver sedan police are searching for.

Mr Thomson’s son, Dylan Thomson, said his father worked for a local concreting company, and described him as someone who was loved by everybody.

“We need the answers, we need the closure of what’s happened to our father and to make sure that something like this doesn’t happen to another family and destroy them as well,” he said.

Senior Detective Lombardi said while there were a few witnesses at the scene who tried to help Mr Thomson, police’s appeal to the public was more for information about the vehicle. The car’s bonnet and windscreen were thought to be damaged in the collision.

Police released footage of the vehicle they are seeking on Tuesday.

“We have good people, where they’re driving along and they render assistance to the victim, and then we’ve got the worst of people, being that they hit David and they leave the scene,” Senior Detective Lombardi said.

“It’s just very hard to comprehend why someone would do that.

“I really want to stress that if you have knowledge of this car and who is involved, please don’t have allegiance to the driver; do the right thing for the family.”