NASCAR'S Dale Earnhardt Jr. and his pilot had to force open their crashed plane's door as it burned around his family.

Earnhardt Jr struggled to open the emergency exit as it began to fill with flames and smoke before his family, including his baby, Isla, managed to escape. 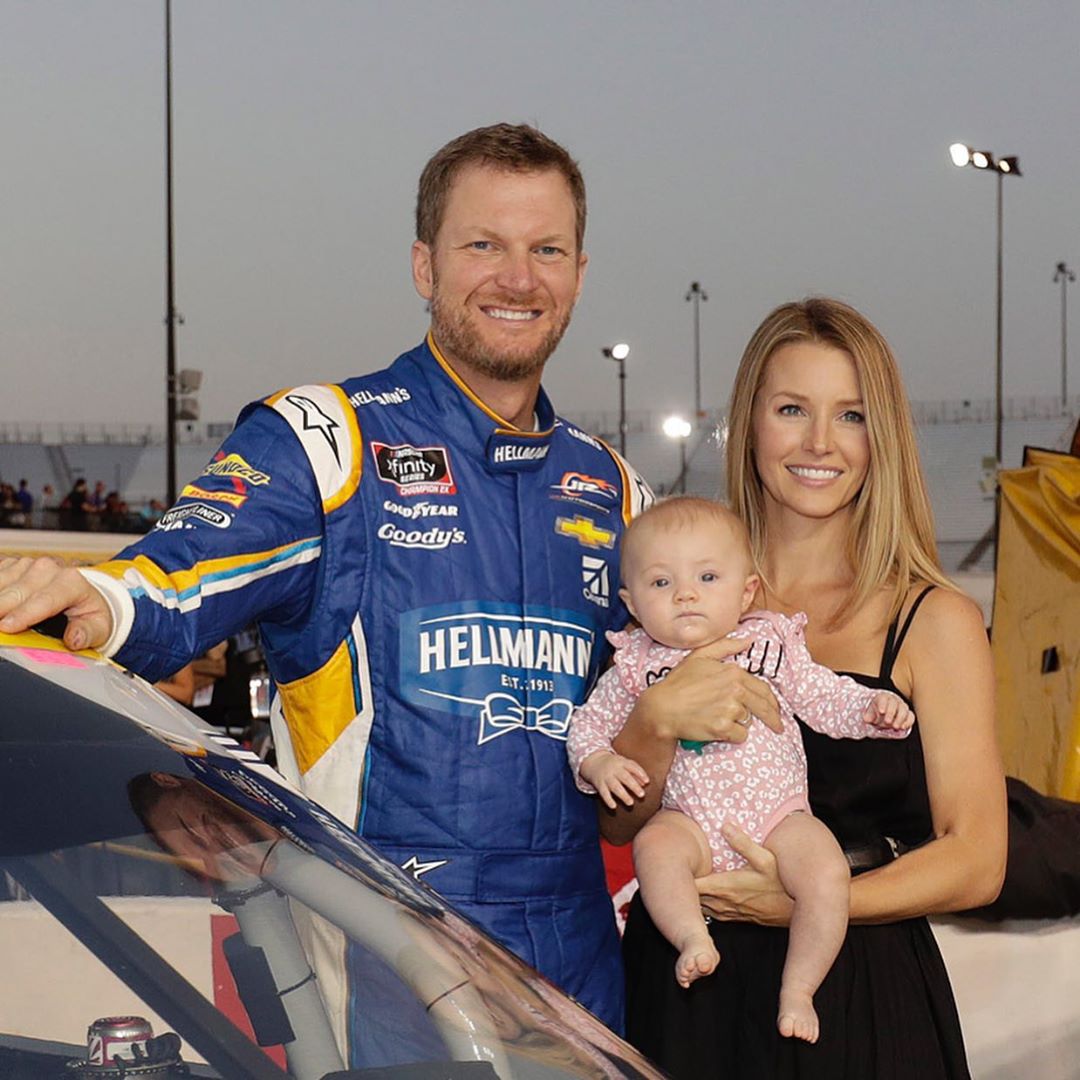 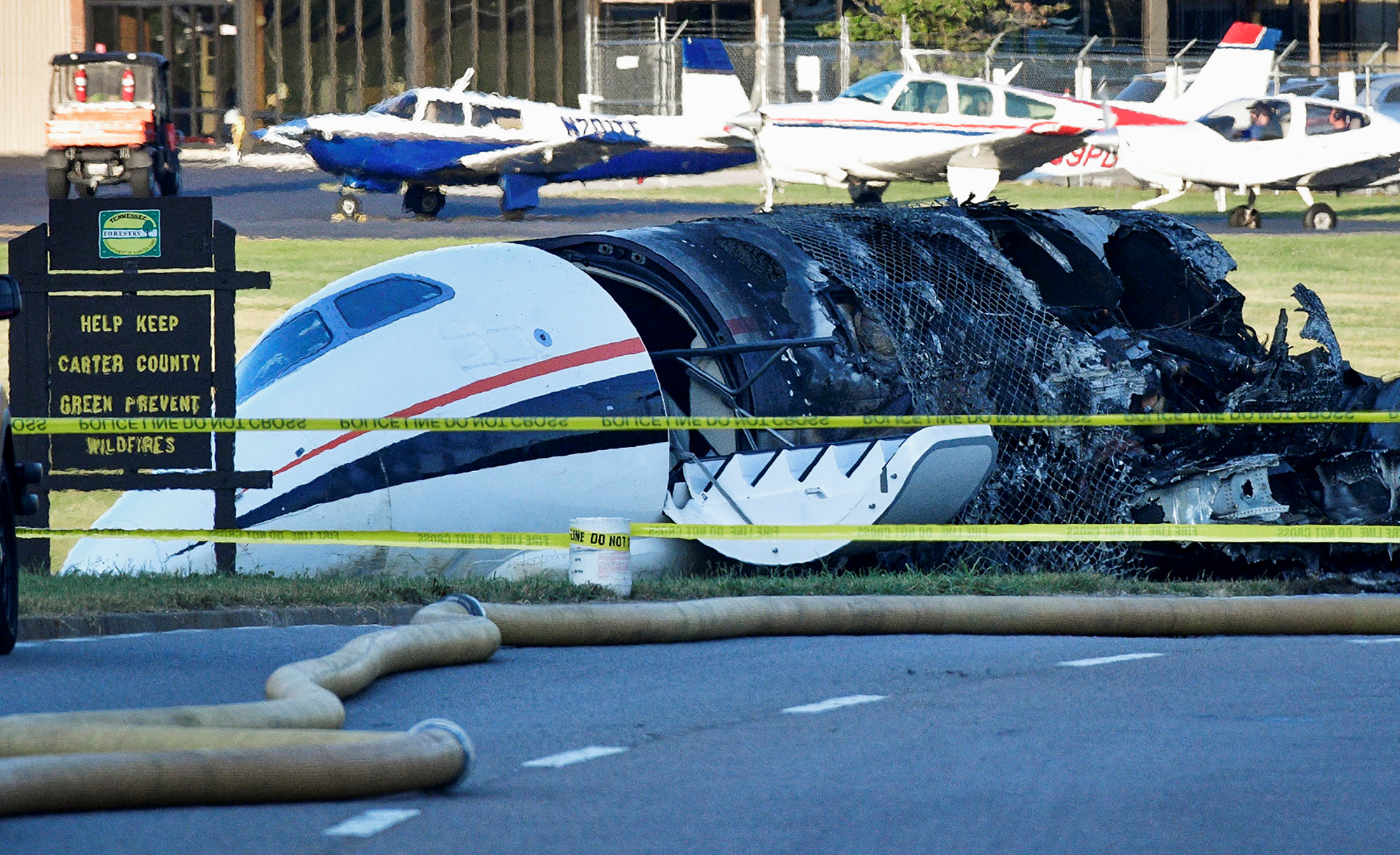 The family and two pilots narrowly made it through the main door, with only three of the passengers sustaining minor injuries.

Documents released Thursday by the National Transportation and Safety Board provide pilot, passenger and witness statements about the August 15, 2019, plane crash at an airport in Elizabethton, Tennessee.

Earnhardt was with his wife Amy, their 15-month-old daughter Isla and two pilots and the family dog when their Cessna Citation Latitude crashed.

NTSB investigators believe that part of the landing gear collapsed and a section of the right wing hit the runway. 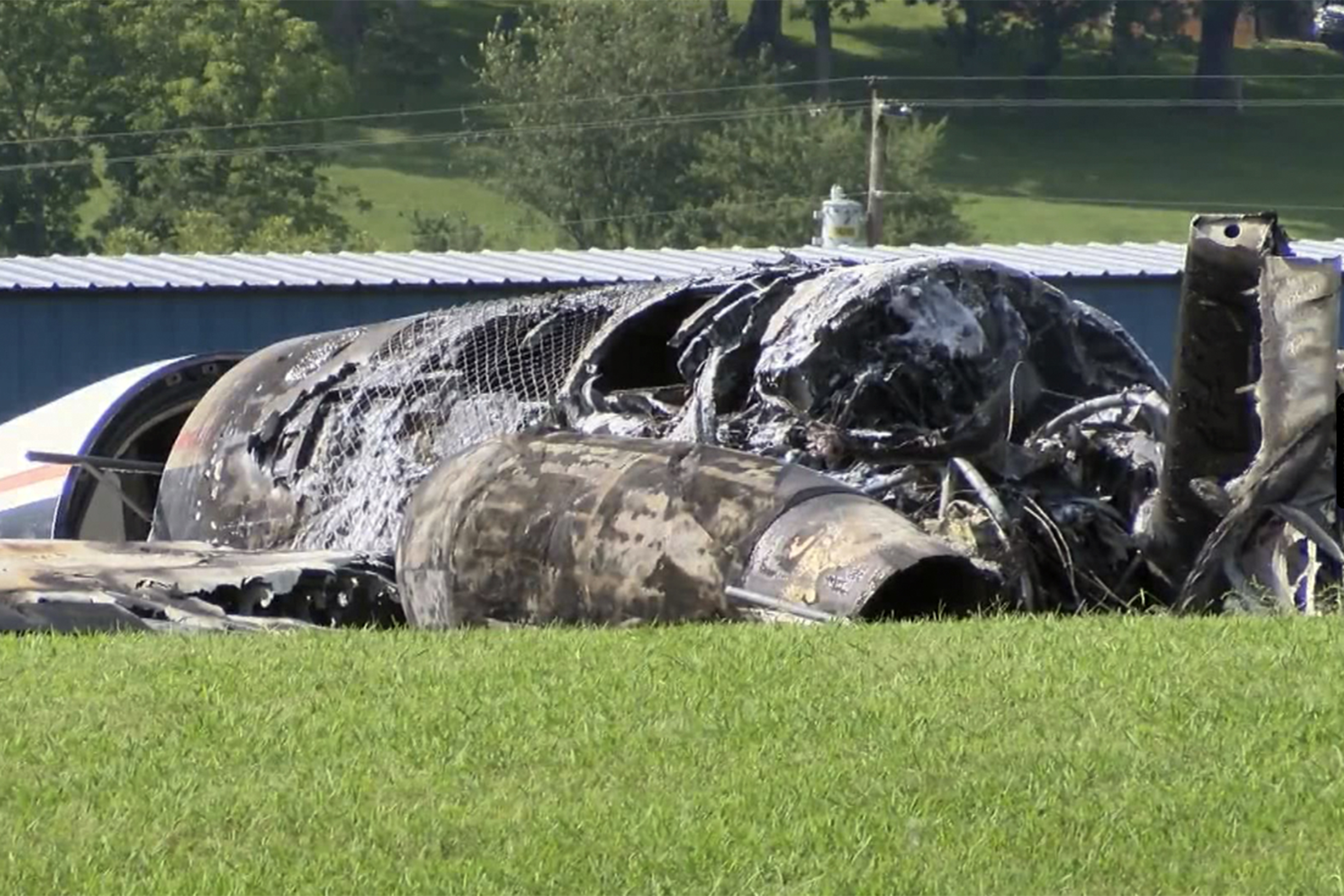 The plane bounced twice before touching down a third time with about 1,000 feet of paved surface remaining.

It then slid through a chain-link fence before coming to rest on the edge of Tennessee Highway 91.

According to the summary of pilot Richard Pope's statements to the NTSB in their preliminary report, he was carrying extra speed on the approach to the runway because the airplane "slows down so easy".

Pope said the initial touchdown was "pretty hard" and the airplane came off the runway.

The flight crew reported that thrust reversers, which help an airplane decelerate during landing, were applied after the first touchdown.

Pilot Jeffrey Melton said that after thrust was increased, "the power never comes", the NTSB reported. 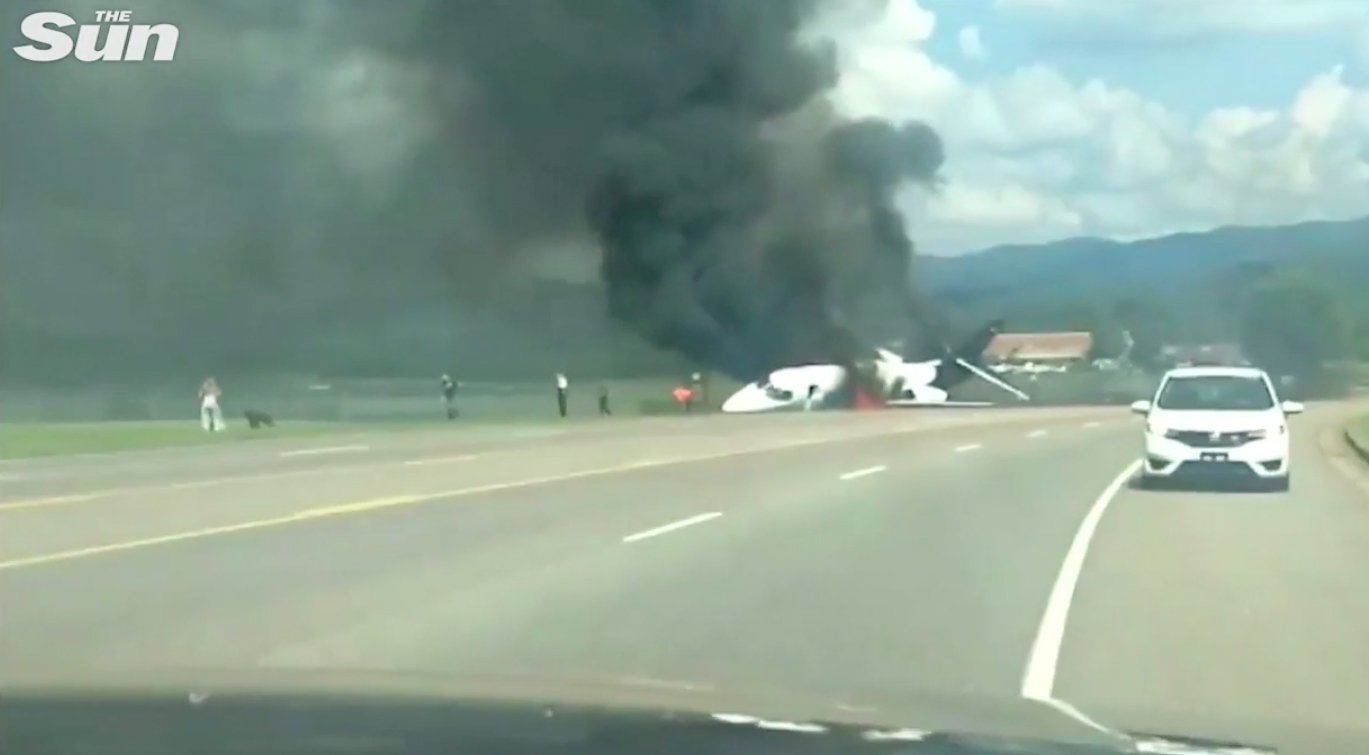 "After they attempted to increase power, and they did not feel the power come, power was pulled to idle, and the thrust reversers were again applied as the airplane touched down for the third time." the report said.

Earnhardt and the two pilots were unable to open the emergency exit door over the wing after the plane came to a hard stop, the report said.

"As they were attempting to get the rear exit door open, heavy smoke was coming from the lavatory."

"Mr. Earnhardt reported that he told Mr. Melton to try the main cabin door. At this time fire was now visible in the lavatory."

Melton then kicked open the main cabin door wide enough so that he could exit. 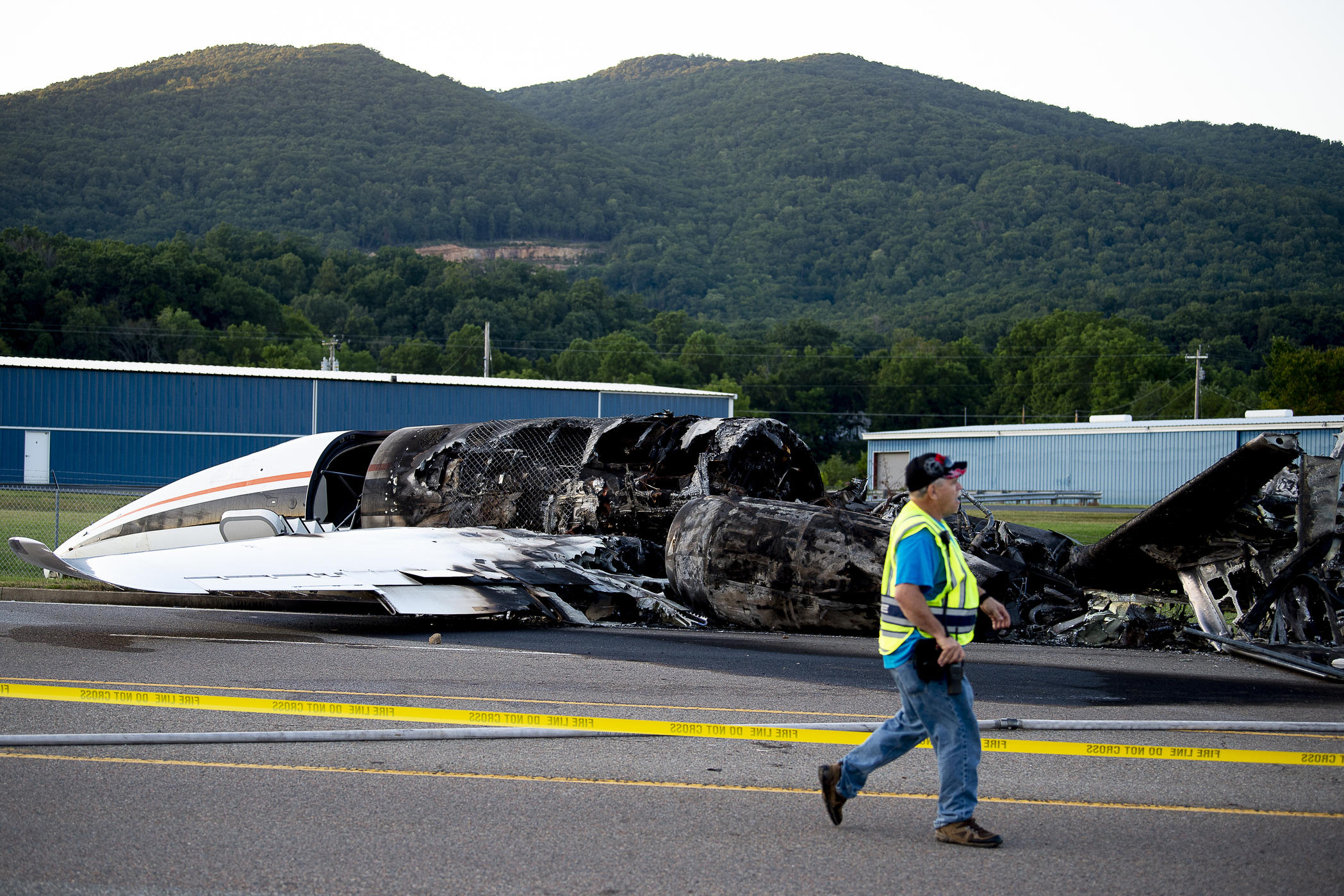 The report continues: "Earnhardt then handed his daughter, who was in his arms, to the pilot, and then they each squeezed out the opening," which was roughly the size of a conventional oven.

Witness Cheryl Campbell told the NTSB in a written statement that she was driving when she saw the rear of the aircraft burst into flames after it crash-landed.

In her statement, Campbell said she had served in the Air Force and had been a flight attendant for a major airline for two decades.

Campbell told investigators that she ran to the aircraft and saw a man who was not wearing a uniform "struggling and not walking."

Campbell said she asked the man his first name but she did not directly identify Earnhardt.

"He tried to get up and could not and was asking if his wife and child were out and ok," Campbell wrote.

"I assured him I had checked his wife and child and both were ok. I also told him his dog was ok when he asked."

A final report from the NTSB has not been released. 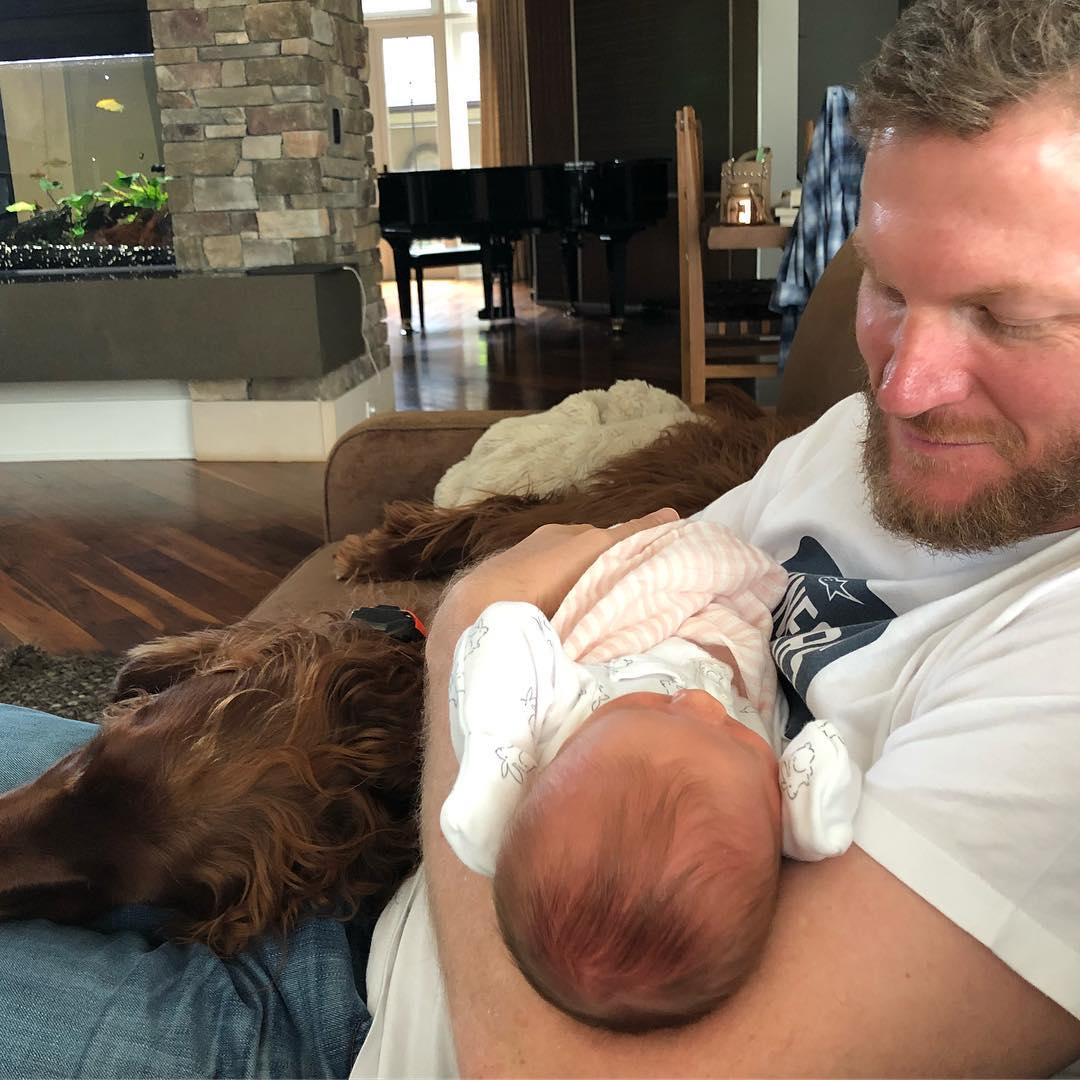 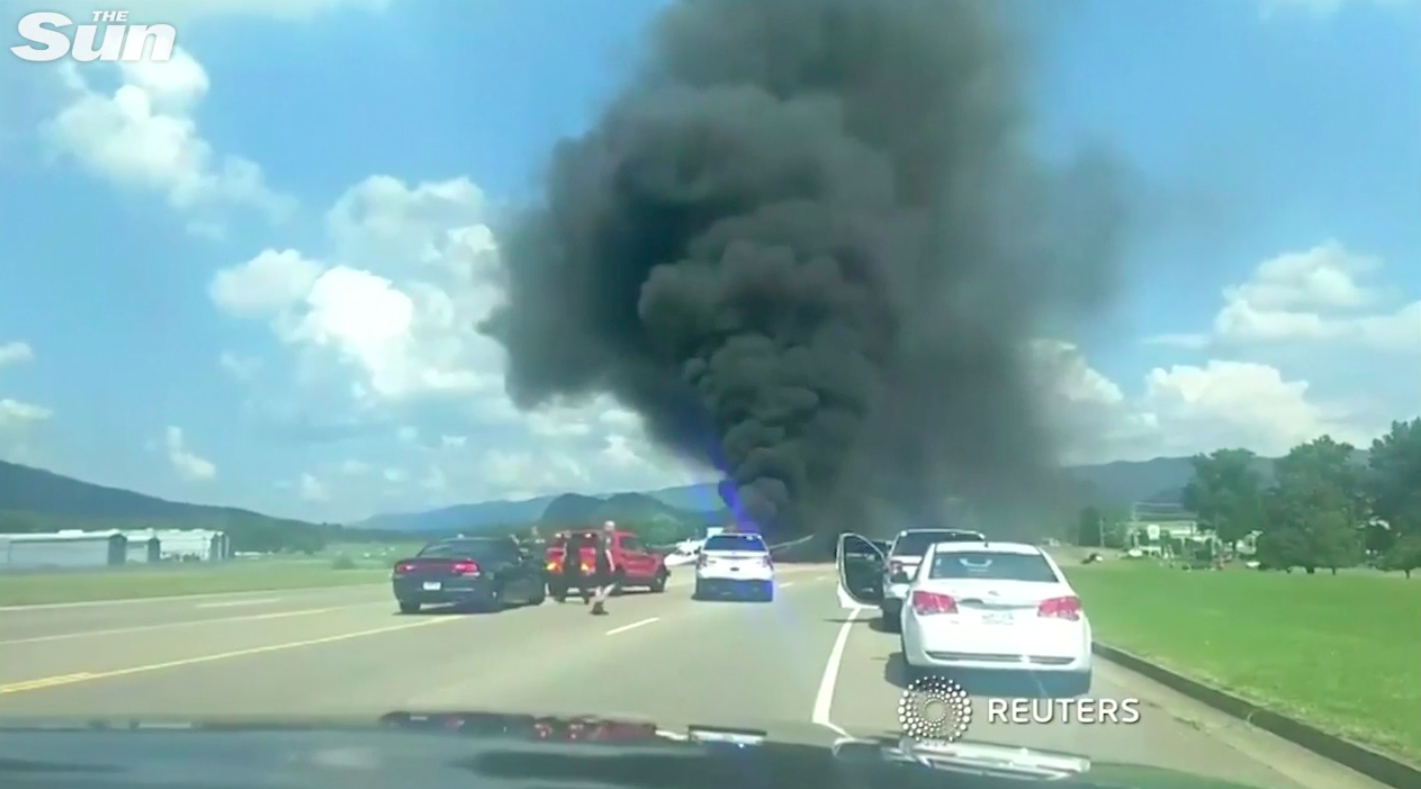 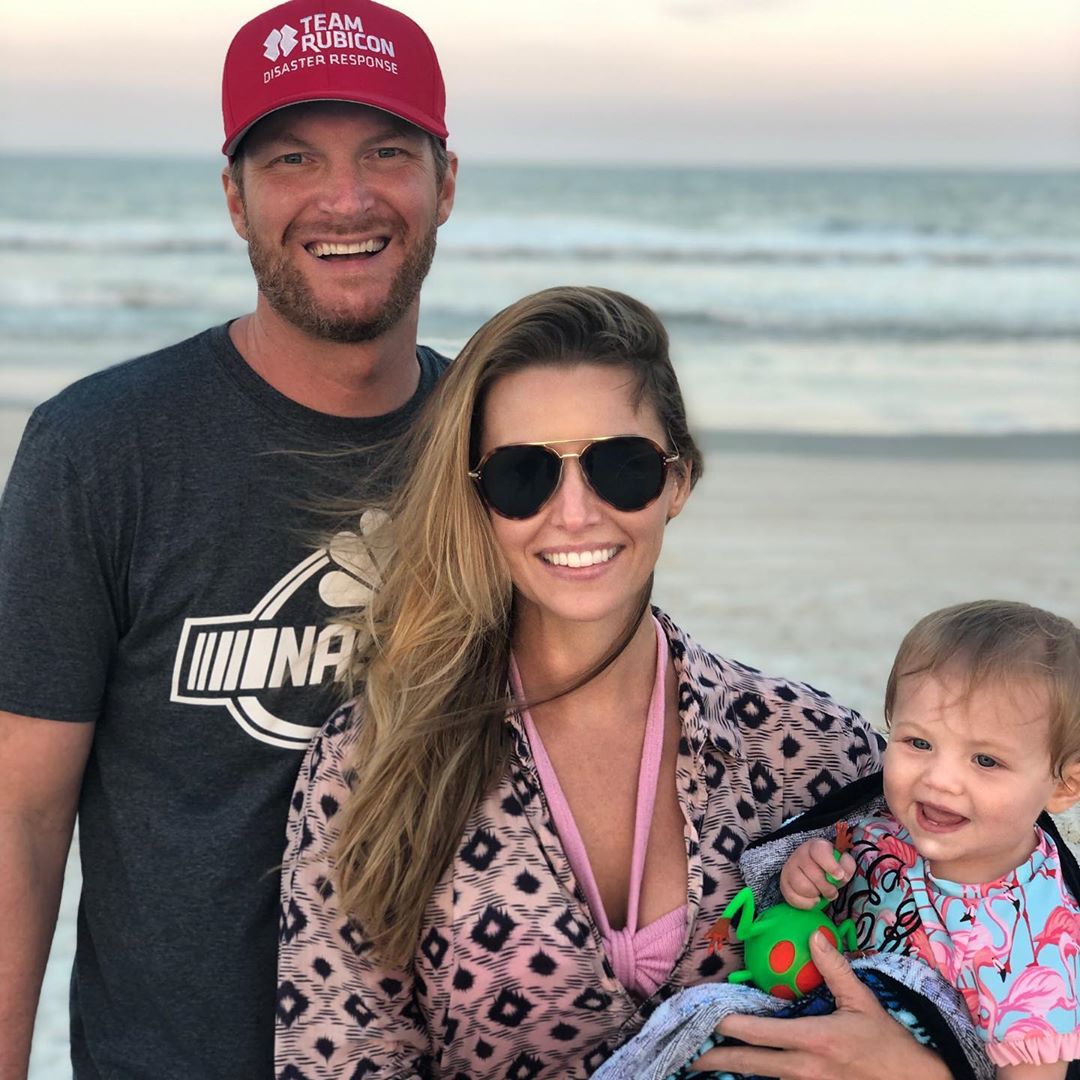 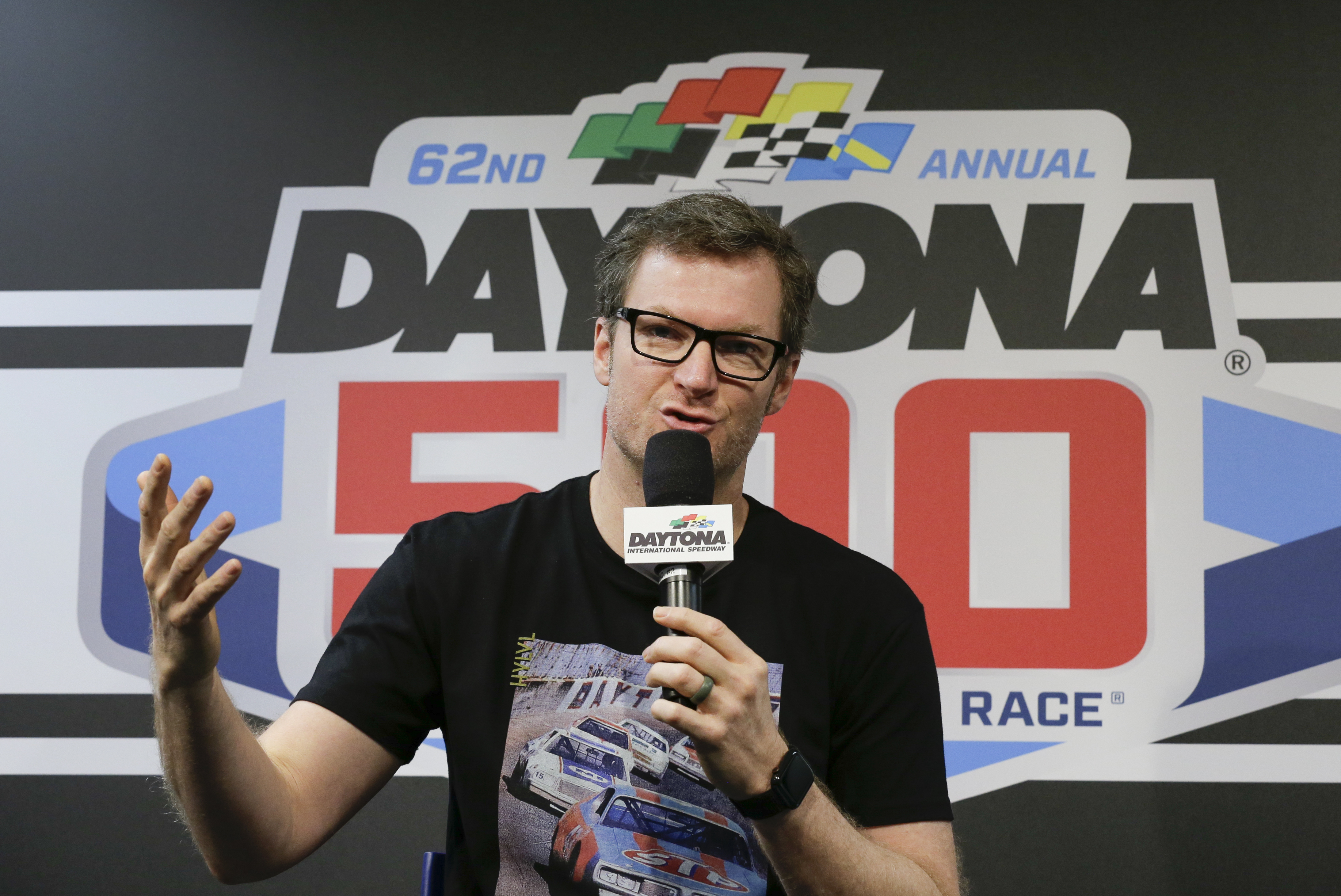 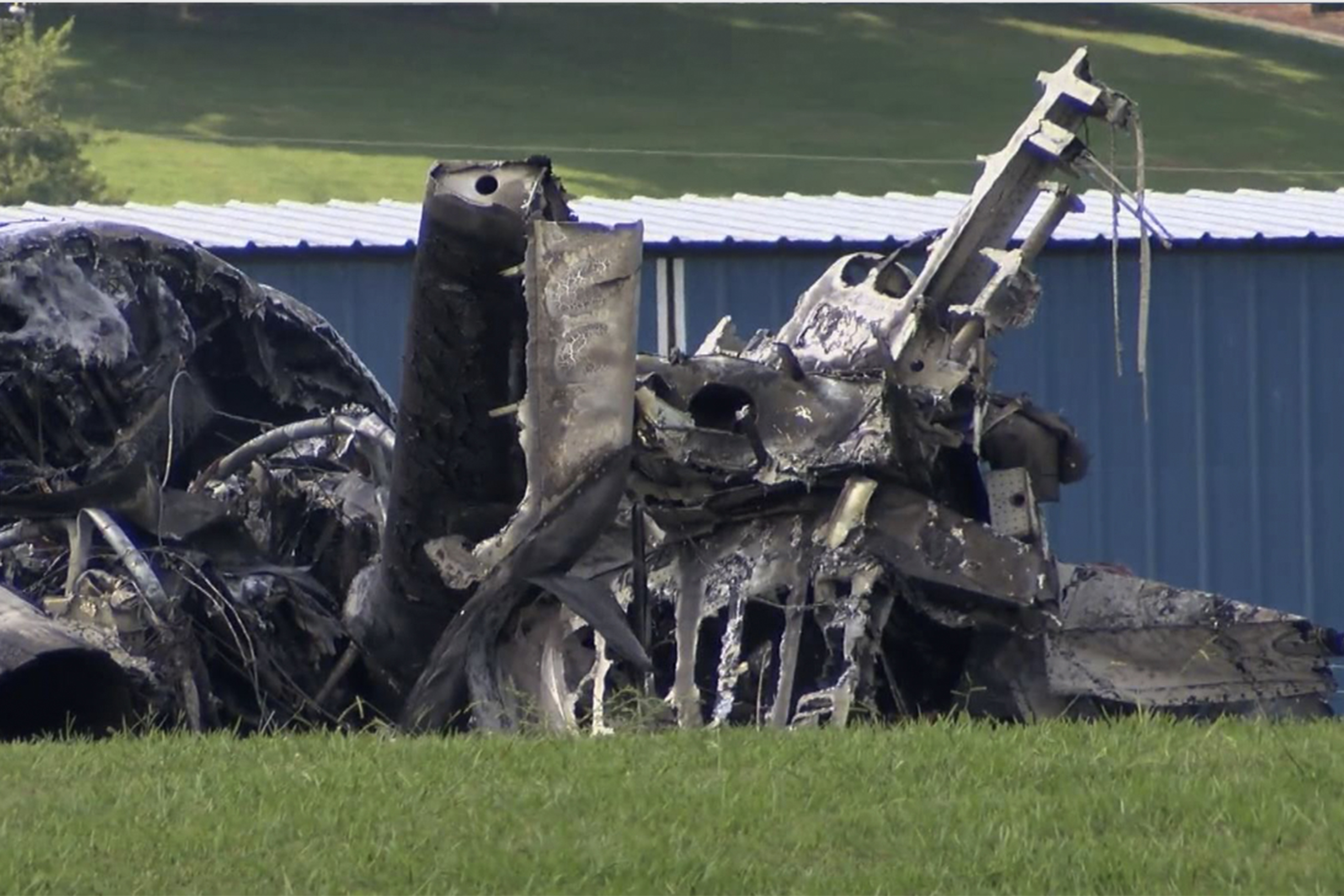