‘Nuclear war cannot be won and must never be fought’: Nato chief Stoltenberg threatens Putin with ‘severe consequences’ if he launches nukes to ‘protect’ regions that voted to join Russia in sham referendums

Fears are growing that Russia is seeking to escalate the conflict as its invasion falters.

It comes as Kremlin-installed authorities in four Ukrainian regions under its control claimed victory in annexation votes yesterday, with Moscow warning it could use nukes to defend the territories.

But Mr Stoltenberg, secretary-general of the alliance, has warned that any use of nuclear weapons by Russia is unacceptable and said it would not win a nuclear war.

He said: ‘Any use of nuclear weapons is absolutely unacceptable, it will totally change the nature of the conflict, and Russia must know that a nuclear war cannot be won and must never be fought.

‘When we see that kind of nuclear rhetoric again and again from Russia, from President Putin, it is something that we have to take seriously – and therefore we are conveying the clear message that this will have severe consequences for Russia.’

Amid the rigged ballots, it is also feared that Ukrainians are being forced into combat against their own people.

Mariupol residents in Russian-controlled Donetsk received a text message telling them to go to a ‘military commissariat’ – stoking fears they will be drafted into fight, The Mirror reports.

It comes as Ukraine and its allies have denounced the so-called referendums as a sham today, saying the West would never recognise the results of the ballots that have ratcheted up the stakes of the invasion. 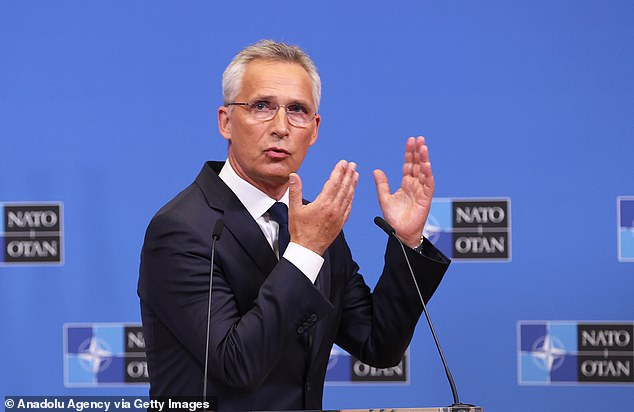 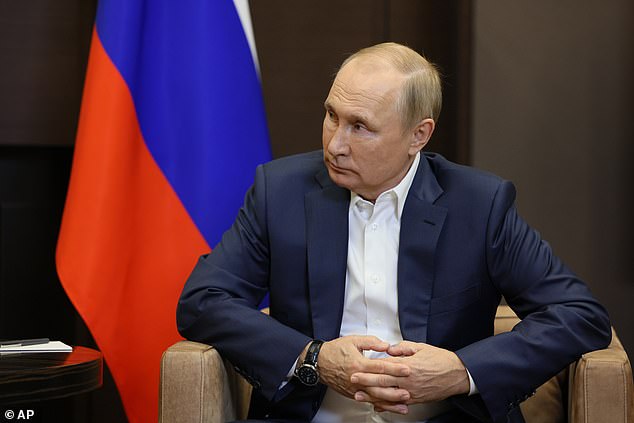 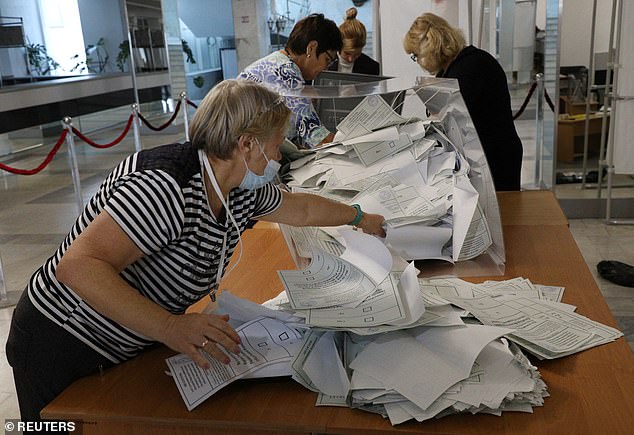 Hastily arranged votes had taken place over five days in the four areas – Donetsk, Luhansk, Zaporizhzhia and Kherson – that make up about 15 per cent of Ukrainian territory.

Russian-installed officials accompanied by machinegun-toting henchmen took ballot boxes from house to house – helping to create a legal pretext for Russia to annex the four regions.

The sham votes mean Putin could portray any Ukrainian attempt to recapture them as an attack on Russia itself.

He said last week he was willing to use to defend the ‘territorial integrity’ of Russia.

And speaking during a televised meeting with officials yesterday, Putin said: ‘Saving people in the territories where this referendum is taking place… is the focus of the attention of our entire society and of the entire country.’

His spokesperson Dmitry Peskov said the votes would have ‘radical’ legal implications, adding that the so-called referendums ‘will also have consequences for security’ in reference to Moscow’s threats to use nuclear weapons.

The local poll body in the southern Zaporizhzhia region said 93.11 percent of voters opted had for Russian annexation after all ballots were counted.

In Kherson, also in the south, authorities said 87.05 percent of voters opted for Russian annexation after a vote count was completed.

And in the Donetsk region in eastern Ukraine, the poll body said 99.23 percent of voters opted for Russian annexation after all ballots were counted, according to news agencies.

It comes as Russian forces have suffered serious setbacks in Ukraine’s east and south, which observers say pushed Putin to rush ahead with the vote to cement Moscow’s authority there.

Putin said Russia would use any and all available means to defend the territory, implying that after annexation, Moscow could deploy strategic nuclear weapons to repulse Ukrainian attempts to retake the territory.

Former Russian leader Dmitry Medvedev, a Putin ally who is now deputy chairman of Russia’s security council, said: ‘I want to remind you – the deaf who hear only themselves: Russia has the right to use nuclear weapons if necessary.’

Pentagon spokesperson Brigadier General Patrick Ryder said the US was taking the reiterated threat ‘seriously’, but added that it had seen nothing to cause Washington to change its nuclear posture.

It comes as Western leaders have blamed ‘deliberate’ sabotage after the Nordsteam pipe from Russia suffered ‘unprecedented’ damage off Sweden – causing 3000ft-wide bubbles in the Baltic Sea and causing prices to spike. 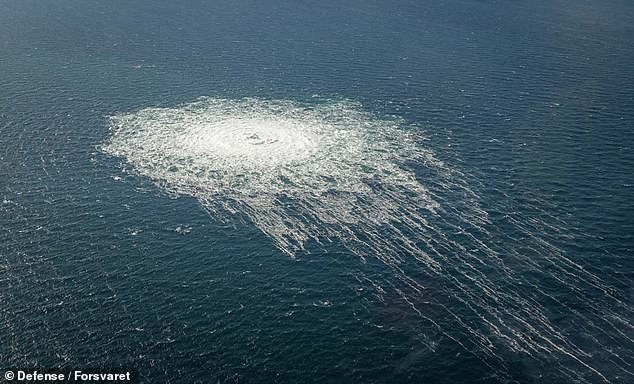 Explosions were heard near the Nord Stream 1 and 2 pipes where gas is now leaking into the Baltic from three holes, scientists have confirmed, while chronic safety concerns have led to a five-mile exclusion zone being imposed around the affected area.

Danish Prime Minister Mette Frederiksen has said her government believes the leaks were caused by ‘deliberate actions’, adding that the gas supply pipeline will be out of action for around a week.

The remarks were backed by Sweden’s PM Magdalena Andersson, who has said informations suggests the blasts were likely sabotage.

She said her government was in close contact with partners such as Nato and neighbours such as Denmark and Germany concerning the developments.

Investigations are ongoing into major leaks in Russian pipelines that are now spewing gas into the Baltic Sea near Sweden and Denmark, including assessing evidence of possible sabotage.

It comes after Kyiv’s presidential advisor Mikhaylo Podolyak said on Twitter: ‘The large-scale gas leak is nothing more than a terrorist attack planned by Russia and an act of aggression towards the EU.’