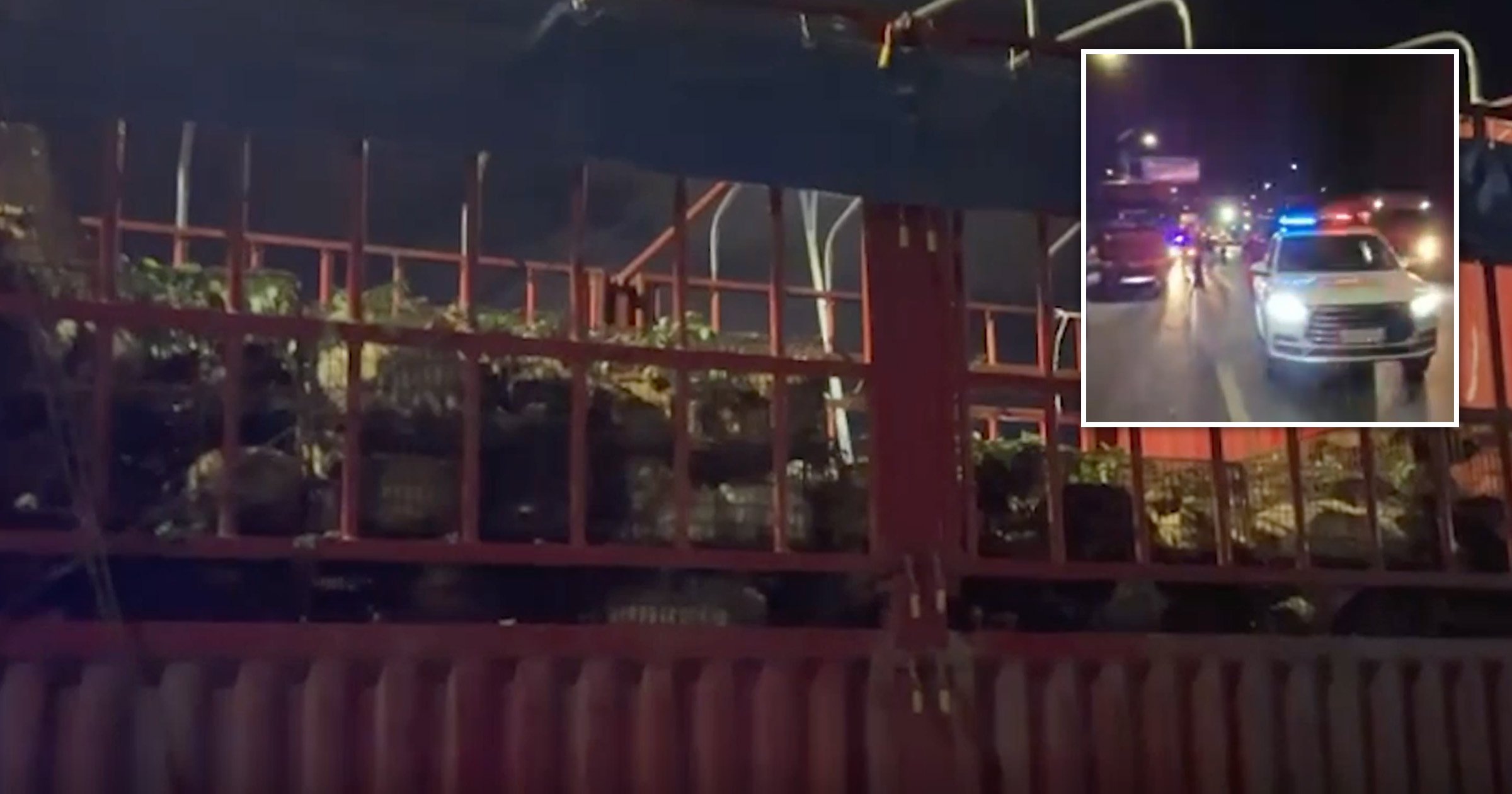 Nearly 400 dogs have been saved from slaughter after the truck they were travelling to Yulin Dog Meat Festival in was intercepted.

Activists, with the help of police, stopped the truck some 500 miles from the southern Chinese city of Yulin on Sunday.

The moment it was pulled over was filmed by Chinese activists from CAPP and shows 386 dogs crammed into small wire cages in sweltering conditions.

Activists discovered a mixture of breeds on the lorry with many in poor condition suffering from infections and skin diseases.

Some of the animals were reportedly wearing pet collars fuelling suspicions they may have been stolen.

The 2022 Yulin Dog Meat Festival, in southern Chinese city of Yulin starts on June 21 and coincides with the summer solstice.

The event, which is also known as the Lychee and Dog Meat Festival, was launched in 2010, by dog meat traders in an attempt to boost sales.

It can attract thousands of visitors, who gather to eat dog meat stew and crispy dog meat in the city’s restaurants and stalls but it is controversial and there is strong opposition to the festival from animal rights activists.

Lin Xiong, one of the activists at the scene when the lorry was pulled over said: ‘It was horrifying to see so many dogs in such an appalling state, it was like a truck from hell for these poor animals.

‘They had probably been on the truck for days, dehydrated and starving, many of them with visible signs of injury and disease.

‘We could see their petrified faces peering out from the cages and we knew those dogs were headed straight for Yulin slaughterhouses where they would have been bludgeoned to death.’

Lin, who along with other CAPP members, released footage of the moment the truck was intercepted to Humane Society International praised Shaanxi police for helping to halt the lorry.

‘It was a very tense time for us but thanks to the authorities, these dogs are now safe in police quarantine where they can get food, water and rest,’ Lin added.

‘If only all police across China would have such a firm zero tolerance approach to these dog thieves and traffickers, it would be the end of the dog trade here.

‘The dog meat slaughter brings shame on our country and so we will keep fighting until we see an end to this suffering.’

After being rescued the dogs have been moved to a police quarantine facility, where they will be held for 21 days.

If the traffickers refuse to pay a hefty fine before the quarantine period is over the dogs will be released to activists.

A shelter supported by Humane Society International and run by HSI’s partner group Vshine has made itself available to take care of as many dogs as needed.

Dr Peter Li, China policy specialist for HSI which supports the care of dogs rescued from China’s meat trade, said: ‘Despite the fact that most people in China don’t eat dogs, dog eating hotspots in the south such as Yulin do still exist and millions of dogs continue to suffer terribly.

‘I’m so proud of the Chinese activists who are standing up for these animals, and the police whose response was absolutely vital, because without them these dogs would already be dead on the kill floor of a Yulin slaughterhouse.’

There is significant opposition to the dog meat trade across China, with some cities banning its consumption as concern for animal welfare grows.

In 2020, China’s Ministry of Agriculture and Rural Affairs made an official statement that dogs are companion animals and not ‘livestock’ for eating.