A digital copy of the first tweet that sold for over £2.2million has attracted opening bids of just £5,000 after going under the hammer again.

Twitter’s co-founder Jack Dorsey auctioned off his March 2006 post, which said ‘just setting up my twttr’, for charity in March last year.

The winning bidder was fellow tech boss Sina Estavi, who has described the NFT – non-fungible token – as the ‘Mona Lisa of the digital world’. 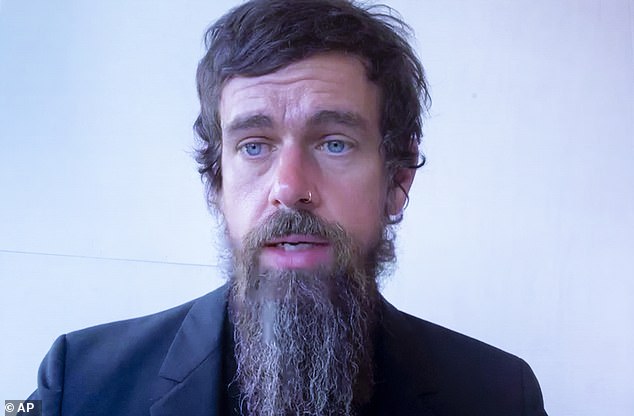 Dorsey listed his famous first post (pictured) from March 21, 2006, on a platform called Valuables, which auctions off tweets as NFTs

NFTs are unique computer files that act as a digital certificate of ownership for anything from a song to a work of art.

Last week Malaysia-based Mr Estavi put the digital asset up for sale again to raise money for charity but he has so far been offered just 0.2 per cent of the price he paid.

Admitting that he ‘may never sell it’, Mr Estavi told the BBC: ‘I think the value of this NFT is far greater than you can imagine and whoever wants to buy it must be worthy.’

NFTs have been touted as the digital answer to collectables – but experts have warned about their inherent risk as they have no tangible form.

This month the Chancellor Rishi Sunak asked the Royal Mint to create an NFT to be issued by the summer.

Mr Estavi, who is based in Malaysia, is still searching or a buyer but said he would ‘not accept anyone’s offer’.

‘Last year, when I paid for this NFT, very few people even heard the name NFT. Now I say this NFT is the Mona Lisa of the digital world.

‘There is only one of that and it will never be the same.

‘Years later, people will realise the value of this NFT – keep that in mind.’