Nicola Sturgeon warned Scots that an even stricter lockdown could be on the cards with more pubs closed under new regulations she plans to introduce within days.

A new tiered system of restrictions will come into force in Scotland on Monday November 2 if approved at Holyrood next week, the First Minister revealed today.

She said some areas may face stricter measures than those currently in force in the central belt – which includes Glasgow and Edinburgh – where licensed hospitality venues including pubs and restaurants have been temporarily closed.

The SNP leader used her daily coronavirus press conference to confirm she will lay out the plans tomorrow, as she announced 15 coronavirus deaths and 1,456 positive cases in Scotland in the past 24 hours. 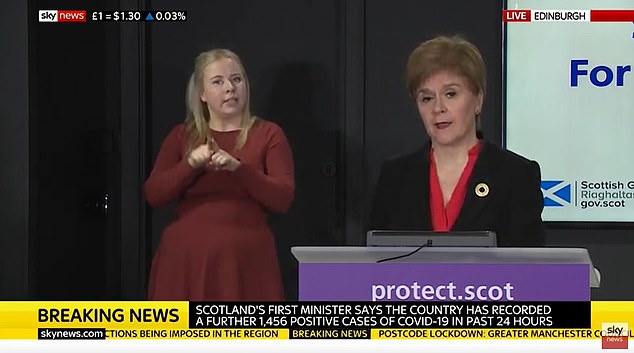 A new tiered system of restrictions will come into force in Scotland on Monday November 2 if approved at Holyrood next week, the First Minister revealed today. 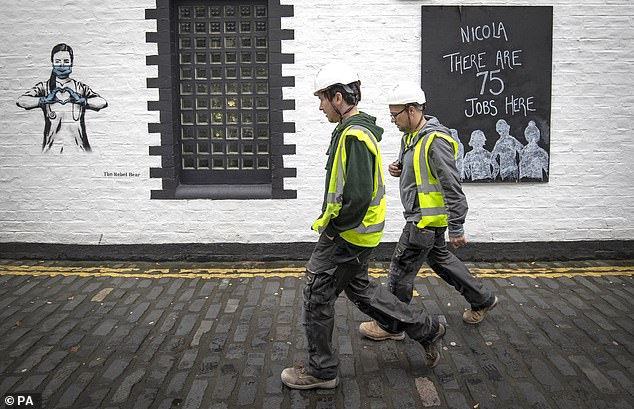 She said some areas may face stricter measures than those currently in force in the central belt where licensed hospitality venues including pubs and restaurants have been temporarily closed. Pictured is the Ubiquitous Chip restaurant in the West End of Glasgow

‘We need to assess that on the basis of the up to date data.’

Under the temporary restrictions already in place, bars and licensed restaurants in five health board areas – Greater Glasgow and Clyde, Lanarkshire, Ayrshire and Arran, Lothian and Forth Valley – have been forced to close for all but takeaway services.

Pubs, bars, restaurants and cafes elsewhere in Scotland are only allowed to serve indoor customers between 6am and 6pm with a ban on alcohol inside, although alcoholic drinks can be served until 10pm in outdoor areas.

Her Cabinet will decide if these restrictions, brought in on October 9 to stem a rise in cases and due to end on October 26, will be extended until the implementation of the tiered framework.

She told the briefing the new measures in the tiered framework, if approved will aligning with the UK Government’s new furlough scheme.

The First Minister said she hopes a ‘reasonable degree of cross-party consensus’ will be reached before the framework is debated.

She added: ‘In publishing the outline framework later this week, I would also intend to then have a few days where there are comments made on that and we might tweak it ahead of the parliamentary debate to take account of any obvious points that people wanted to be rectified.’

Ms Sturgeon said flexibility will also be important in the framework, adding: ‘It’s important we get it as right as possible.

‘It’s equally important, given what we’re dealing with, that we don’t become an absolute prisoner of any framework because we need to retain a degree of flexibility.’