Home » World News » Nights you're most likely to spot UFO revealed and it's SOON, according to data that exposes state with most sightings | The Sun

Nights you're most likely to spot UFO revealed and it's SOON, according to data that exposes state with most sightings | The Sun

Since the year 2000, an average of 603 reports are filed every July, more than any other month and nearly double the number of sightings typically reported in February. 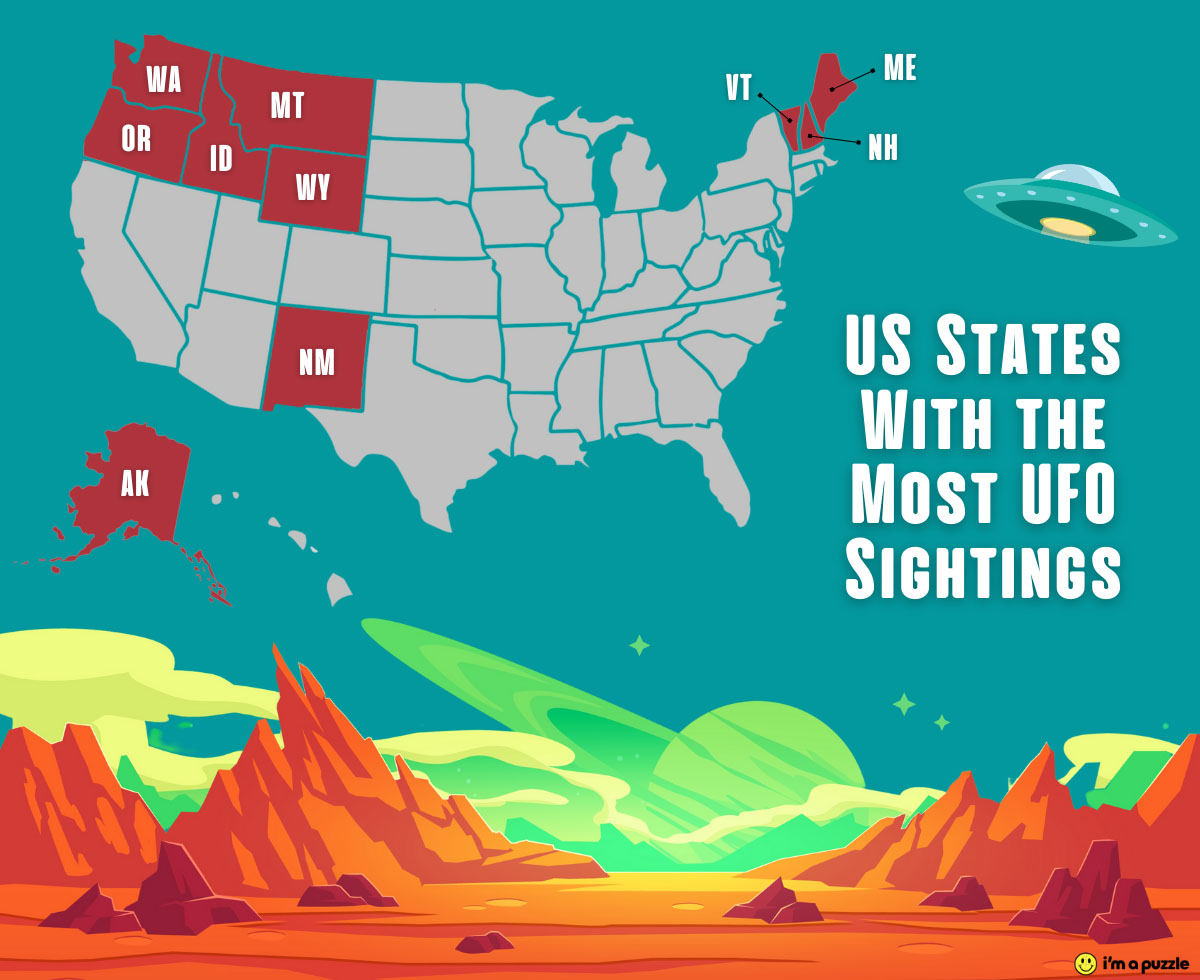 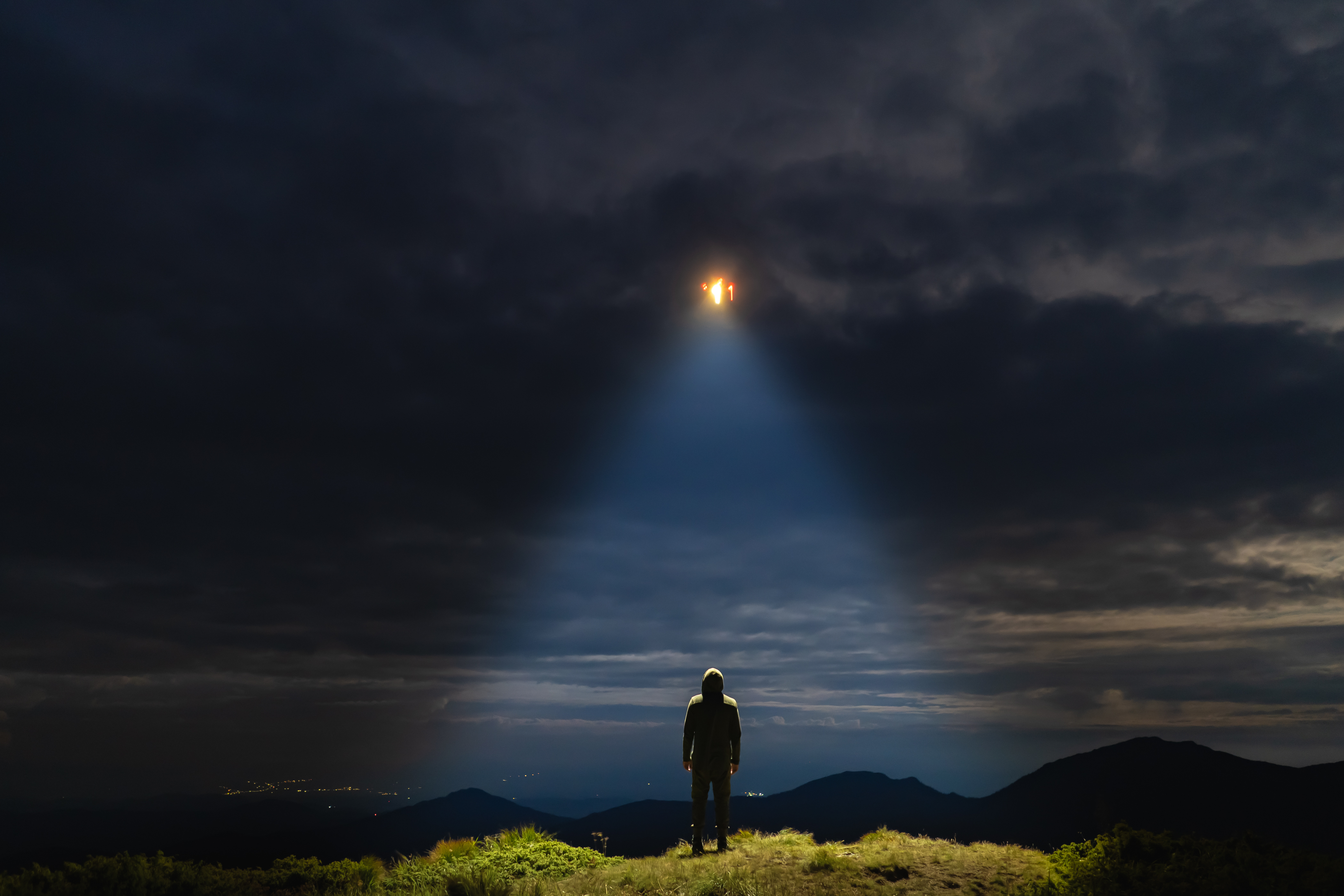 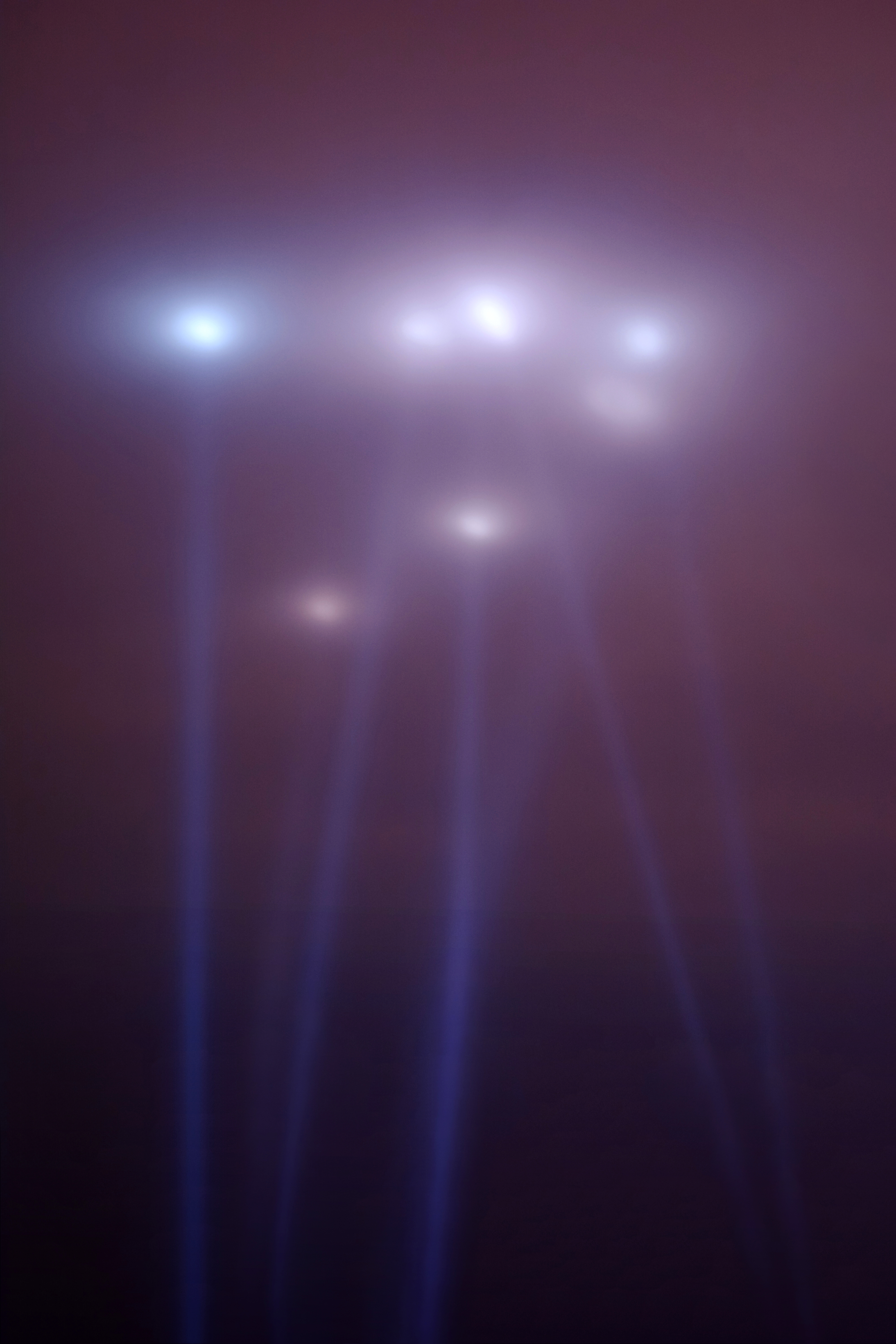 Washington has been revealed as the UFO hotspot in America, according to new research, with 88.03 sightings per 100,000 residents – the most out of any state.

The team at online jigsaw site Im-a-puzzle analyzed data from the National UFO Reporting Centre (NUFORC) to find the total number of UFO sightings in each state as a proportion of 100,000 of its residents.

They also looked at the number of sightings reported each month worldwide since 2000 to find the best month to spot a UFO for yourself.

Washington is the most likely state to spot a UFO, with 88.03 sightings per 100,000 residents or 6,812 sightings in total. Washington is home to what is often regarded as the first UFO sighting of the modern age, which marked its 75th anniversary in June this year.

On June 24, 1947, pilot Kenneth Arnold claimed to have seen a string of nine shiny objects flying past Mount Rainier at impossibly high speeds during his flight from Chehalis to Yakima, Washington.

Vermont ranks a very close second place, with 87.98 sightings per 100,000 residents. The first of three New England States to make the top ten, Vermonters have reported 568 sightings in total, making it a top contender for unexplained aerial phenomena despite its smaller population.

One of the state’s first recorded sightings occurred in 1961 above East Mountain, in which personnel at North Concord Air Force Station reported a strange object that remained stationary in the sky for 18 minutes. Some believe this was related to the Barney and Betty Hill purported alien abduction that took place in New Hampshire on the same evening.

Montana ranks third with 86.21 sightings per 100,000 residents for a total of 952 reported UFO sightings. One of the Treasure State’s most publicized alleged sightings is the Mariana UFO incident, which occurred on 15th August 1950. Nick Mariana, a general manager for a minor league baseball team, and his secretary spotted two rotating silver discs traveling at speed through the sky in Great Falls, Montana.

Capturing the phenomena on 16mm film, the Air Force wrote off Mariana’s footage as reflections from two F-94 jet fighters, however, later studies have questioned the validity of this explanation.

Alaska ranks fourth with 83.94 sightings per 100,000 residents or 615 sightings in total. On  November 17, 1986, a Japanese Boeing 747 aircraft was completing a portion of its journey from Reykjavík to Anchorage, when its crew claimed to observe three UFOs as they flew over eastern Alaska.

The first two were reportedly two square-shaped crafts that appeared to have glowing nozzles, the heat from which could be felt by the onboard crew, and the third object was only seen by the captain but was described as a gigantic spaceship twice the size of an aircraft carrier.

Maine comes in fifth with 81.55 reports per 100,000 residents or 1,119 reports in total. Maine’s most well-known encounter with extraterrestrial life is the case of the Allagash Abductions which allegedly took place on August 20, 1976.

A group of four men had taken a fishing boat out onto the water one evening while on a camping trip in Northern Maine. They noticed a bright object in the sky which shone out a beam that followed the men as they scrambled to shore. Once at the campsite, they all felt that they had skipped a substantial amount of time and were extremely fatigued.

All four men underwent hypnosis several years later and gave identical recounts of being abducted and experimented on by aliens.

New Hampshire ranks sixth with 80.13 sightings per 100,000 residents or 1,113 sightings in total. The case mentioned above of Barney and Betty Hill in 1961 is perhaps New Hampshire’s most compelling and publicized account of extraterrestrial encounters.

The couple claims to have spotted and followed a 40-foot rotating craft in the sky while driving home from their vacation. The craft later descended on their parked vehicle with Barney claiming to have seen several humanoid figures on board. The couple stated that as they tried to drive away, they experienced a state of altered consciousness that placed them and their vehicle 35 miles south with no recollection of how they had gotten there.

Oregon ranks seventh with 79.04 sightings per 100,000 residents or 3,356 sightings in total. Oregon is famed for the McMinnville UFO photographs taken on 11th May 1950, which are some of the most famous images ever captured of a UFO. The photos, which were captured by farming couple Paul and Evelyn Trent, show a three-dimensional metallic disc-shaped object suspended in the sky above their house, before it then flew away in a western direction.

New Mexico ranks eighth, with 73.96 sightings per 100,000 residents or 1,565 reports in total. Many will be aware of the Roswell incident, a series of events so significant in UFO history that it sparked World UFO Day which is celebrated across the US every year.

In 1947 a rancher helped Roswell Army Air Field officers to recover unusual debris he had found near his ranch near to Corona, New Mexico. The RAAF released a statement that they had recovered a flying disc, however, this statement was later altered to state the debris had been from a weather balloon, which many felt formed part of a government alien coverup.

Idaho ranks ninth place with 67.13 sightings per 100,000 residents or 1,276 sightings in total. Idaho has become something of a tourist destination for UFO enthusiasts, with countless accounts of bright lights over the sky of Twin Falls following the UFO buzz of 1947. The most well-known was the uncovering of a crashed 30-inch disc which was found by teenagers on July 11, 1947 and was handed over to the FBI for investigation. The story was however later uncovered as a hoax.

Wyoming completes the top ten with 66.86 sightings per 100,000 residents or 387 sightings in total. Looking at declassified reports of UFOs, Wyoming has had its fair share of sightings some of which have reasonable explanations and others leave room for speculation.

One such occurrence was reported on December 3, 1953, in which Captain David Porter spotted two objects moving in formation while piloting a C-47 aircraft. Watching them for seven minutes, they apparently changed color from red to white and were traveling up to speeds of 2,000mph.

Of all the states, California was found to have the most sightings in total at 15,280. However, when accounting for population size, the state fares less well in comparison, ranking 24th place with just 38.94 sightings per 100,000 residents.