Home » World News » 'No one above the law': Hutchins family back Baldwin being charged

'No one above the law': Hutchins family back Baldwin being charged

‘It is a comfort to the family that no one is above the law’: Halyna Hutchins’ family say they support Alec Baldwin being charged with involuntary manslaughter – months after settling wrongful death lawsuit

Halyna Hutchins’ family say they support Alec Baldwin being charged with manslaughter – months after settling a wrongful death lawsuit with the Hollywood star.

It was announced that Baldwin, 64, and armorer Hannah Gutierrez-Reed, 25, will be charged with involuntary manslaughter Thursday, 15 months after the 42-year-old cinematographer was shot dead by the actor on the set of Rust in New Mexico.

The Hutchins family, including her husband Matthew and nine-year-old son Andros, welcomed the decision through their lawyer Brian J Panish who said: ‘It is a comfort to the family that, in New Mexico, no one is above the law.’

Panish added that Hutchins had been killed ‘with conscious disregard for human life’ and stated that an ‘independent investigation also supports charges are warranted.’

It comes after Baldwin reached an undisclosed settlement with the family in October after which widower Matthew stated he had ‘no interest in engaging in recriminations.’ 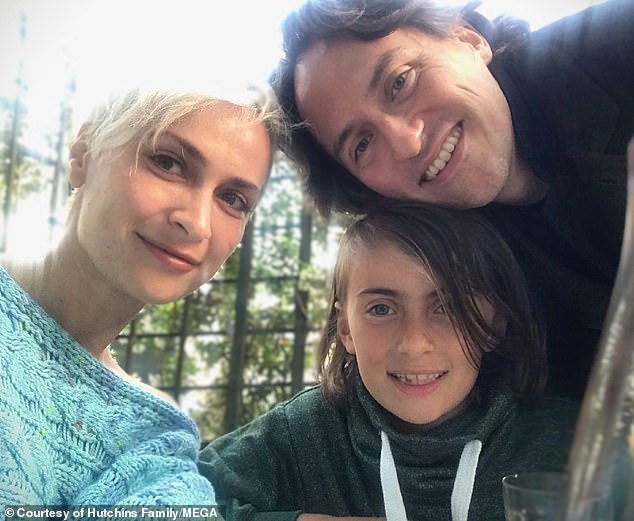 Halyna Hutchins with her husband Matthew, a film producer, and their son Andros, who was eight-years-old when his mother was shot dead on the set of Rust in  New Mexico 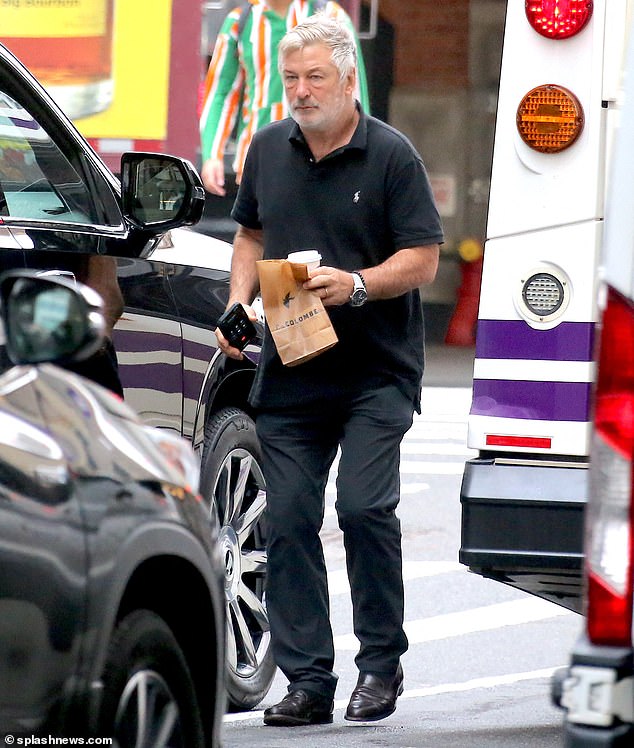 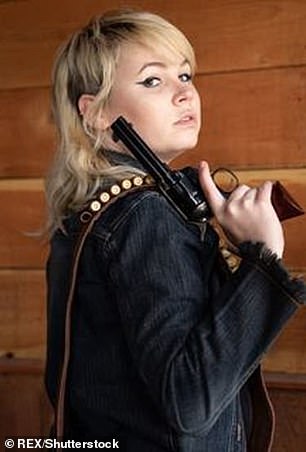 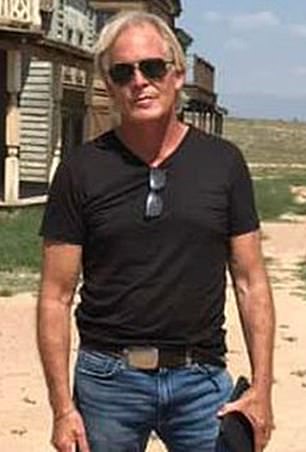 Armorer Hannah Gutierrez-Reed, 25, (left) is also to be charged with involuntary manslaughter. Dave Halls, the Assistant Director, has pleaded guilty to the charge of negligent use of a deadly weapon.

The family launched the wrongful death lawsuit last February against the actor, the armorer and other producers.

Under the settlement, Baldwin made Matthew an executive producer on the film, which is due to resume production in Los Angeles.

Matthew, who called Baldwin ‘supportive’ in the immediate aftermath of Halyna’s death, said after the settlement was reached: ‘I have no interest in engaging in recriminations or attribution of blame (to the producers or Mr. Baldwin).’

He added: ‘All of us believe Halyna’s death was a terrible accident. I am grateful that the producers and the entertainment community have come together to pay tribute to Halyna’s final work.’

It is not clear why the Hutchins family now support charges against Baldwin.

Baldwin earlier Thursday vowed to fight the prosecution, calling it a ‘terrible miscarriage of justice’.

He and Gutierrez-Reed, who loaded the prop gun that killed Hutchins, face a maximum of 18 months in prison if convicted.

Dave Halls, the Assistant Director, has pleaded guilty to the charge of negligent use of a deadly weapon.

Baldwin’s attorney said in a statement: ‘This decision distorts Halyna Hutchins’ tragic death and represents a terrible miscarriage of justice. Mr. Baldwin had no reason to believe there was a live bullet in the gun — or anywhere on the movie set.

‘He relied on the professionals with whom he worked, who assured him the gun did not have live rounds. We will fight these charges, and we will win.’

In an interview after the announcement with CNN, she said Baldwin did pull the trigger – and that he ran a ‘fast and loose set’ that was plagued with safety issues.

‘There was such a lack of safety and safety standards on that set. There were live rounds on set, they were mixed in with dummy rounds.

‘Nobody was checking those or at least they weren’t checking them consistently.

‘They somehow got loaded into a gun, handed off to Alec Baldwin, he didn’t check it, he didn’t do what he was supposed to do to make sure he was safe or make sure anyone else was safe.

‘He pointed the gun at Halyna Hutchins and he pulled the trigger,’ she said.

She said a ‘totality of the circumstances’ led to the decision, adding: ‘This was a really fast and loose set. And that nobody was doing their job.’ 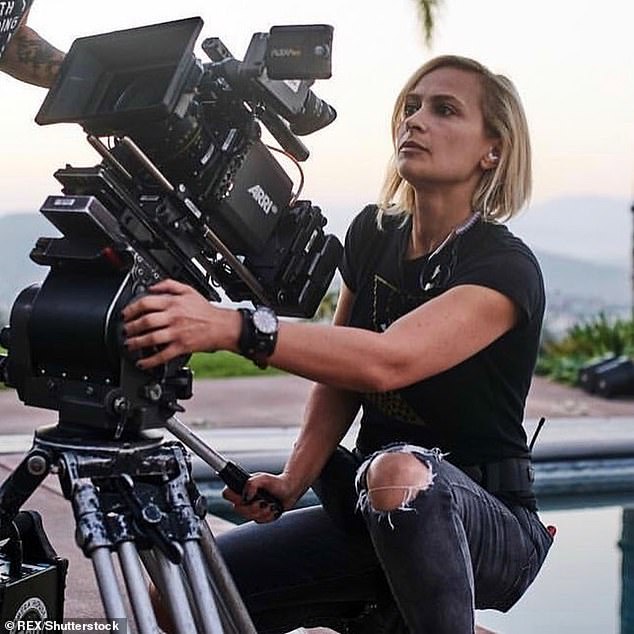 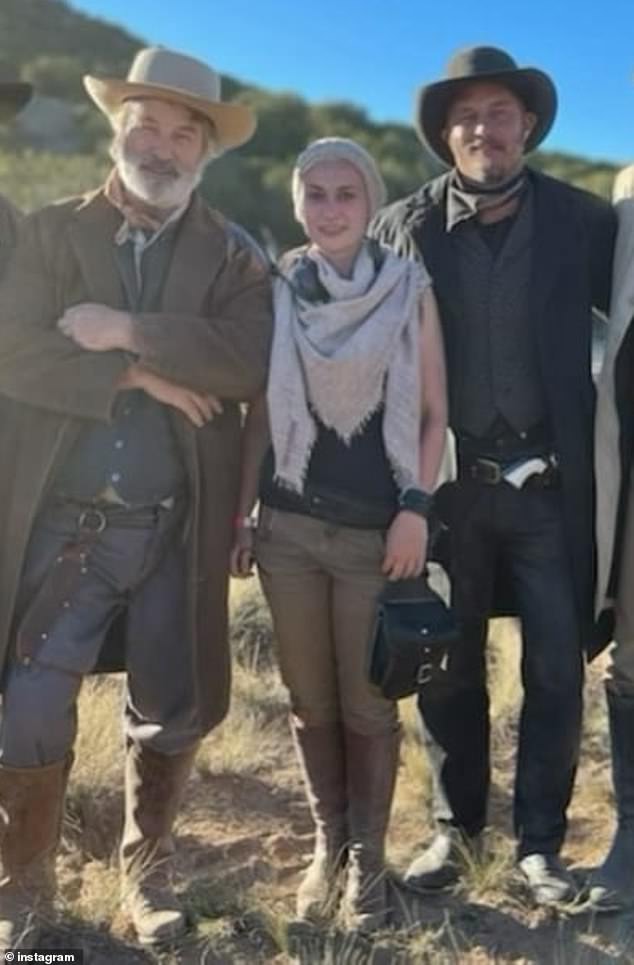 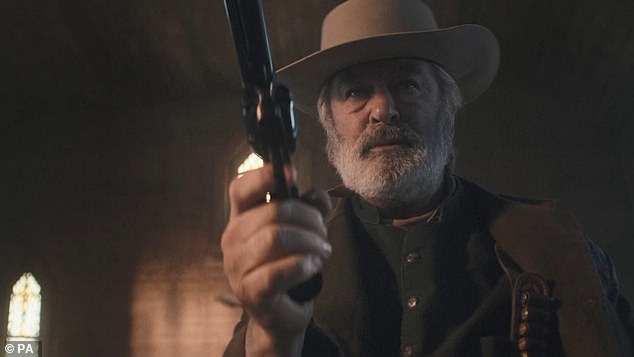 While it may have been an accident, she said Baldwin ‘doesn’t get a free pass’ because he’s a star.

‘Just because it’s an accident doesn’t mean it’s not criminal. They didn’t mean to do it, they didn’t have the intent to kill, but it happened anyway and it happened because of more than mere negligence.

‘We’ve talked to many actors, a-list and otherwise, that have said they always check their guns or they have someone check it in front of them.

‘An actor doesn’t get free pass just because they’re an actor. Everyone’s equal under the law.’

In a statement, her attorneys said: ‘Hannah is, and has always been, very emotional and sad about this tragic accident. But she did not commit involuntary manslaughter.

‘These charges are the result of a very flawed investigation, and an inaccurate understanding of the full facts.

‘We intend to bring the full truth to light and believe Hannah will be exonerated of wrongdoing by a jury.’

Prosecutors say they are confident with the decision.

It was welcomed by Hutchins’ family, with the full statement from Panish saying: ‘We want to thank the Santa Fe Sheriff and the District Attorney for concluding their thorough investigation and determining that charges of involuntary manslaughter are warranted for the killing of Halyna Hutchins with conscious disregard for human life.

‘Our independent investigation also supports charges are warranted. It is a comfort to the family that, in New Mexico, no one is above the law.

‘We support the charges, will fully cooperate with this prosecution, and fervently hope the justice system works to protect the public and hold accountable those who break the law.’ 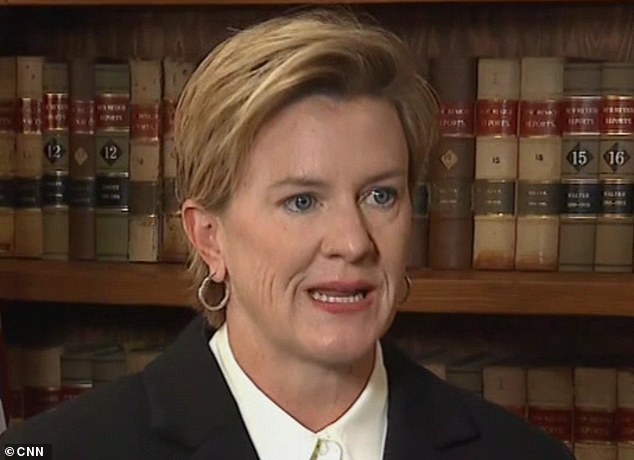 Mary Carmack-Altwies, the First Judicial District Attorney in New Mexico, is standing firm. She said in an interview with CNN today: ‘An actor doesn’t get free pass just because they’re an actor’ as she vowed to take the case to trial

Baldwin, 64, accidentally shot and killed Hutchins on the set of the Western movie in October 2021.

In the 15 months that have passed, he emphatically denied responsibility for the accident, insisting he did not pull the trigger, despite a forensic FBI analysis of the prop gun he used concluding that he did.

Prosecutors have resisted criticism of the long delay in making a decision.

They say they were forced to wait for reports from both the FBI – which took ten months – and the local Santa Fe County Sheriff’s Office – which took a year.

There was no press conference to announce the decision today.

Instead, the DA’s office issued a written statement to media which was also published online.