London: Alexei Navalny, Russia’s most prominent opposition leader, has been abruptly moved from the prison where he was serving an 11-1/2 year sentence to a high-security penal colony farther from Moscow.

Navalny earned admiration from the disparate opposition in 2021 for returning to Russia voluntarily in 2021 from Germany, where he had been treated for what Western laboratory tests showed was an attempt to poison him in Siberia with a Soviet-era nerve agent. 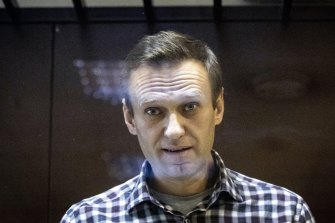 Russia denies trying to kill him.

His chief of staff Leonid Volkov said that when Navalny’s lawyer arrived on Tuesday at Correctional Colony No. 2, a prison camp in Pokrov, 119 km east of Moscow, he was told: “There is no such convict here.”

“Where Alexei is now, and which colony he is being taken to, we don’t know,” Volkov said on the Telegram app.

But later, regional prison observer Sergey Yazhan said by phone that Navalny had been taken to the IK-6 penal colony at Melekhovo near Vladimir, about 250 km east of Moscow. 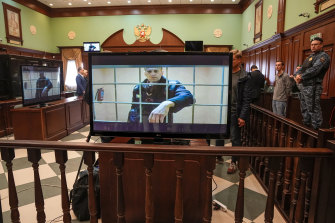 Yazhan is chairman of the local Public Monitoring Commission, an organisation tasked with protecting the rights of prisoners in each Russian region and working closely with prison authorities.

Russia’s prison service could not immediately be reached for comment.

Navalny casts President Vladimir Putin’s Russia as a dystopian state run by thieves and criminals where wrong is right and judges are corrupt representatives of a doomed elite.

Just last month, he lambasted Putin via video link in a Russian court, casting him as a madman who had started a “stupid war” that was butchering the innocent people of both Ukraine and Russia.

Navalny was jailed for parole violations on his return from Germany.

Then, on March 24 this year, he was sentenced to a further nine years in prison for fraud and contempt of court. He says all the charges against him are fabricated and aimed at thwarting his political ambitions.

The judge ordered that Navalny be transferred to a maximum-security prison, where his rights to visits and correspondence will be reduced.

Navalny’s political network has been largely dismantled, having been banned as an “extremist” organisation. Senior aides and organisers have been either jailed or forced into exile.

Navalny said two weeks ago that he had been charged in a new criminal case with creating an extremist organisation and inciting hatred towards the authorities, offences that carry a maximum sentence of 15 more years.