Home » World News » Nurse left feeling 'sick to her stomach' after being conned out of £2,450 when scammer pretended to be her SON in RAF

Nurse left feeling 'sick to her stomach' after being conned out of £2,450 when scammer pretended to be her SON in RAF

A NHS nurse was swindled out of thousands of pounds after a scammer posed as her son in a series of WhatsApp messages.

Toni Parker thought that she was being asked for the money by her son, who works in the RAF, so handed over £2,450. 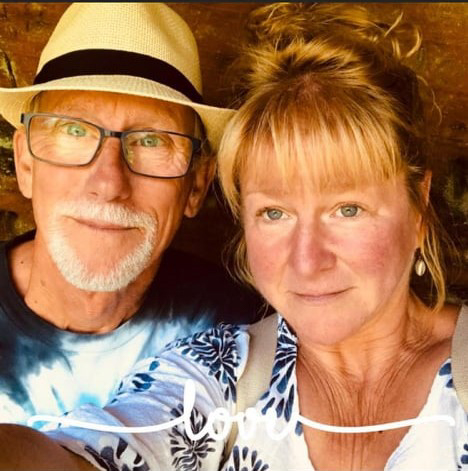 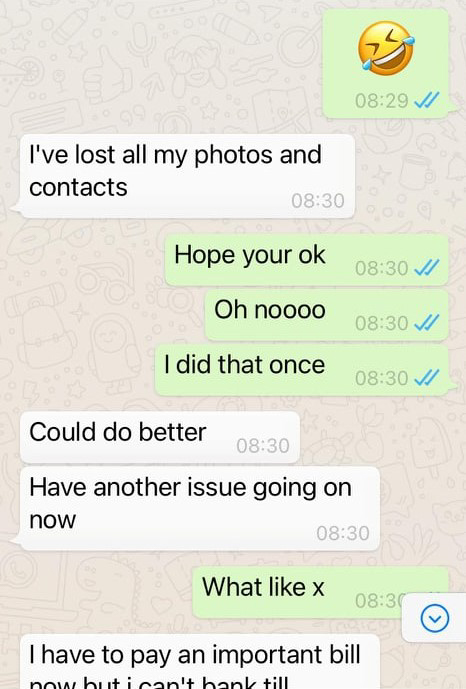 The 53-year-old, from Wolverhampton, West Mids, had been saving the money to replace her boiler when she received a message from the scammer which said “hi mum.”

She thought that the text on July 9 was from her son, and was convinced after the con artist claimed her son had a new number because he had dropped his phone down the toilet.

Toni said: “It was general chit chat at first, but then the messages went on to say they needed to borrow money and had no access to their account.

“I asked what it was for and I even asked why I couldn’t send it to him directly and he said he had no internet banking because of his broken phone. They were very convincing.

“I love my kids and if they text me in need I will help them, who wouldn’t help their own children?

“These scammers know this and I think they are purposely targeting mothers because it is our natural instinct to help.

“The messages were very believable and these scammers are using an emotional connection to catch you off your guard.”

Toni sent the money to the account, and only became concerned that the messages could have been a scam when her younger son mentioned it.

The WhatsApp messages had been deleted by the sender, so Toni called Halifax but felt “let down” by their response to her concerns.

She added: “The bank account I paid into was emptied within minutes so they can’t reverse the payment – or trace it.

“These scammers are very clever but I am angry that the banks allow people to get away with this, opening and closing accounts so easily that they can’t be traced.

“When I spoke to my bank they told me I should have been more careful and I should have known it was a scam so they declined my refund.

“I do feel stupid but due to his job, my son is hard to contact so the messages didn’t seem that odd.

“The bank asked why I didn’t call my son to check, but you can’t just call people in the RAF whenever you feel like it.

“In my line of work, I don’t refuse to help people who have hurt themselves, I wouldn’t call them stupid or tell them they should have been more careful.

“I was in bits, I felt sick to my stomach but our holiday was paid for and we would have lost that money too, so we decided to carry on.”

Toni posted online to warn others and was shocked when a couple just streets away from their home contacted her to say they had fallen victim to the same scam.

Toni said: “It may not be a lot of money to some people, but it is to us. I have worked so hard, especially during the pandemic and we were saving for a new boiler and someone stole our savings in less than 10 minutes and got away with it so easily.

“It has been such a distressing time for us all and I want to share our horrible experience to stop it happening to other people.

“It is an international scam and the banks are aware of it and I think they need to do more to protect their customers.

“If anyone you know sends you a message and tells you it is their new number, ask them to tell you something they would know. Be sure you know who you are talking to because it could cost you thousands.”

A spokesperson for Halifax said: “Helping keep our customers’ money safe is our priority and we have a great deal of sympathy for Mrs Parker as the victim of a scam.

“We fully investigate each individual case and unfortunately she did not take any steps to verify that the message she received from a number she didn’t recognise was genuine.

“She went on to authorise the payments despite receiving a ‘Confirmation of Payee’ warning that the account details provided did not match.

“It’s crucial for people to remember that fraudsters can easily pretend to be someone else to trick people into sending cash from their bank accounts.

"Treat any cold calls and messages with caution and take care when making payments, especially when Confirmation of Payee checks say that details don’t match.” 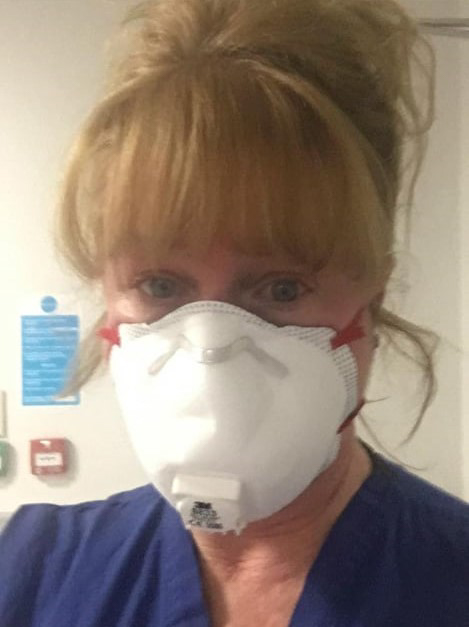 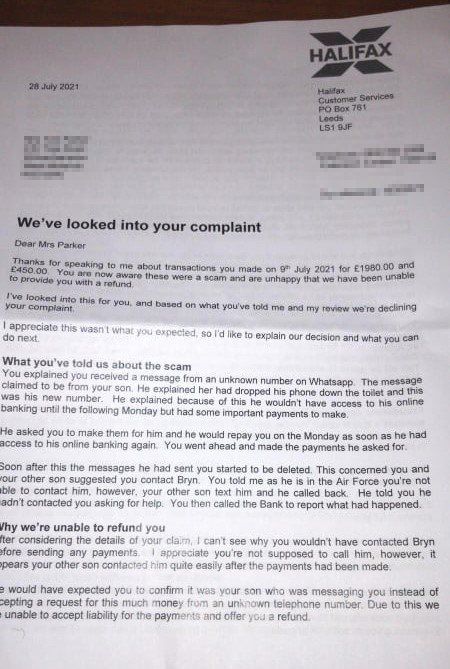