Male nurse, 58, who treated care home patient’s vagina ‘like a ventriloquist’s dummy’ in front of horrified staff is allowed to KEEP his hospital job

A male nurse who treated a vulnerable care home patient’s vagina like a puppet in front of horrified staff is still working at a hospital.

William Kennedy, 58, was examining the unnamed woman in front of three colleagues when he ‘pulled her labia apart and said “Hello my name is [Patient A],” treating her labia like a puppet’, a Nursing and Midwifery Council (NMC) panel in Cardiff heard.

After the incident at the care home in Caerphilly in September 2017, Kennedy was convicted of ill-treating the patient, who lacked mental capacity.

But the nurse has been allowed to continue working at the Royal Gwent Hospital in Newport under supervision conditions imposed by the NMC. 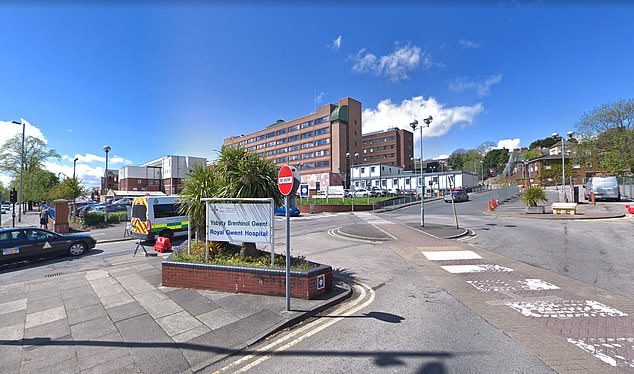 Since the September 2017 incident and his February 2018 conviction, William Kennedy is still working as a nurse at the Royal Gwent Hospital in Newport (pictured)

The panel noted that Kennedy had a ‘blasé’ attitude, writing that he attempted at ‘justifying and minimising the offence…describing it as having been blown out of proportion, relying on the absence of sexual motivation and his own sexual orientation’.

He claimed what happened was the result of ‘a failure to take his medication’ and ‘a socially awkward situation’ which he even tried to blame on those in the room.

Kennedy, who was living in Pontypridd at the time of his court appearance last year, was given a community order at Gwent Magistrates’ Court on February 20, 2018, after being convicted of ill-treating the patient, who lacked mental capacity.

He has since begun working at the Royal Gwent Hospital in Newport and his current employers, Aneurin Bevan University Health Board, are aware of the conviction, the panel was told.

Despite there being no further issues about Kennedy’s nursing practice a number of ‘concerns raised about the level of his insight regarding his conviction when discussing the incident with his probation officer’ saw him referred to the NMC.

Zainab Mohamed, presenting the case for the NMC, submitted that ‘there is a risk of harm to the public’ if Kennedy – who attributed the probation officer’s concerns to ‘a misunderstanding’ – ‘were allowed to practise unrestricted’.

There were also reservations about whether or not he had fully disclosed the details of his conviction when seeking work with a previous employer.

A report published by the NMC panel following the hearing said: ‘The panel considered that the conviction in Gwent Magistrates’ Court and the alleged behaviour reported to the NMC were very serious and gave rise to real concerns about patient safety and public protection.’ 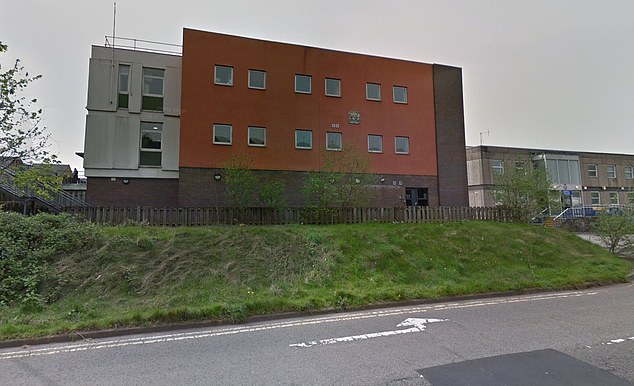 Kennedy, who was living in Pontypridd at the time of his court appearance last year, was given a community order at Gwent Magistrates’ Court (pictured) on February 20, 2018, after being convicted of ill-treating the patient, who lacked mental capacity

They added that they ‘had regard to the fact that there had been no allegations of repetition of the behaviour but remained concerned given the seriousness of the allegations’ and the panel ‘therefore concluded that some form of interim order is necessary on the grounds of public protection’.

The panel ruled a number of conditions are to be placed on him under an interim conditions of practice order, which states that he must confine his nursing practice to the Royal Gwent Hospital in Newport and refrain from carrying out all further intimate examinations or clinical procedures for the next 18 months.

It also states that, during such time, Kennedy should prevented from working night shifts ‘as well as from being the only nurse on duty’.

He will also be supervised during work hours by a workplace line manager, mentor or supervisor nominated by his employer and he will be required to report to a line manager for monthly discussions about his professional practice and behaviour.

Kennedy was not present or represented at the NMC hearing but a letter sent from his representative at the Royal College of Nursing said: ‘No disrespect is intended by his non-attendance.’

An NMC fitness to practise committee is due to hear the allegations against Kennedy at a later date.