The NYPD has released photos and video footage of the suspect caught clubbing cops with a cane on the Brooklyn Bridge, including the city’s top uniformed cop.

The unidentified man, seen wearing tan pants, a purple shirt and a red bandana over his face, is seen in photographs climbing a railing during a protest on the bridge Wednesday morning and is seen on the newly released video fleeing the scene.

A disturbing video tweeted out earlier Wednesday by the NYPD showed the assailant reaching out over the railing and slamming police.

The attack left NYPD Chief Terence Monahan bloodied and with a broken finger in the attack, while several other officers were injured, all of whom were treated and released, the department said.

Police said officers were attempting to make an arrest when the man came up and slammed cops with a cane.

“The New York City Police Department is seeking the public’s assistance identifying the following individual in the attached photos and video wanted for questioning in regard to an assault on police officers in the confines of the 5th Precinct,” a police release said. 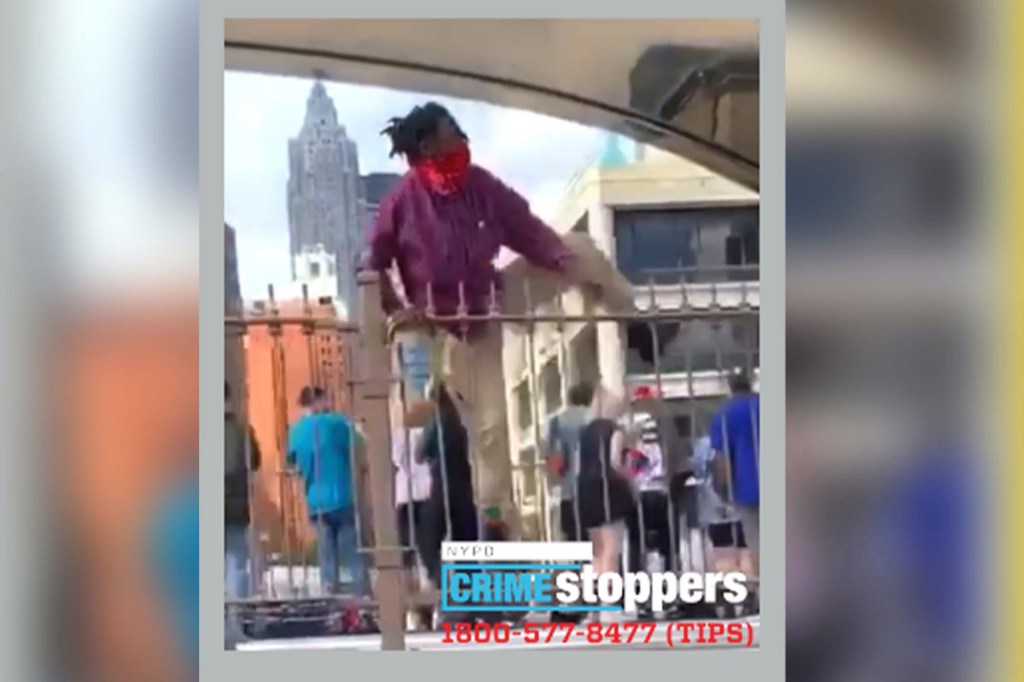 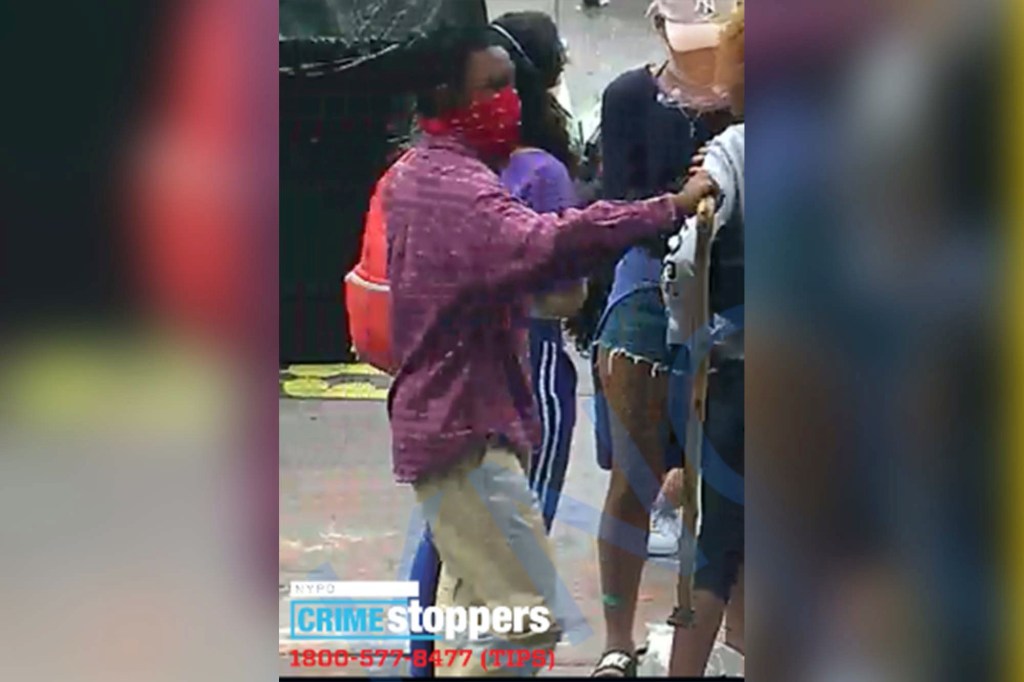 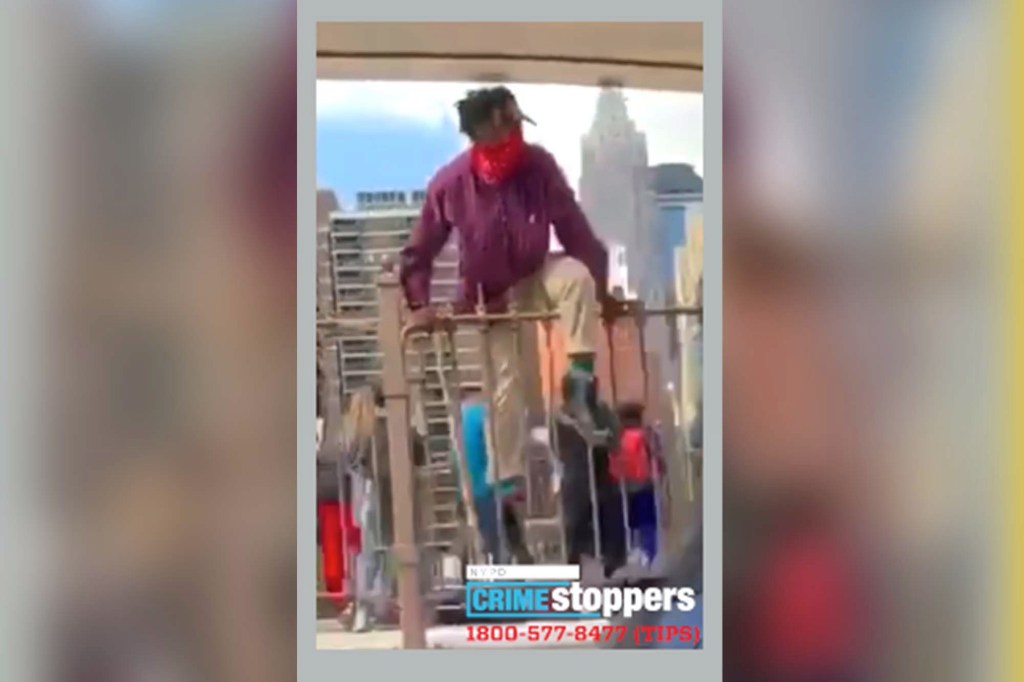