Obama 'Introduces' Himself to Gen Z in Fun New Voting PSA: 'I Have the Best Jump Shot in White House History' 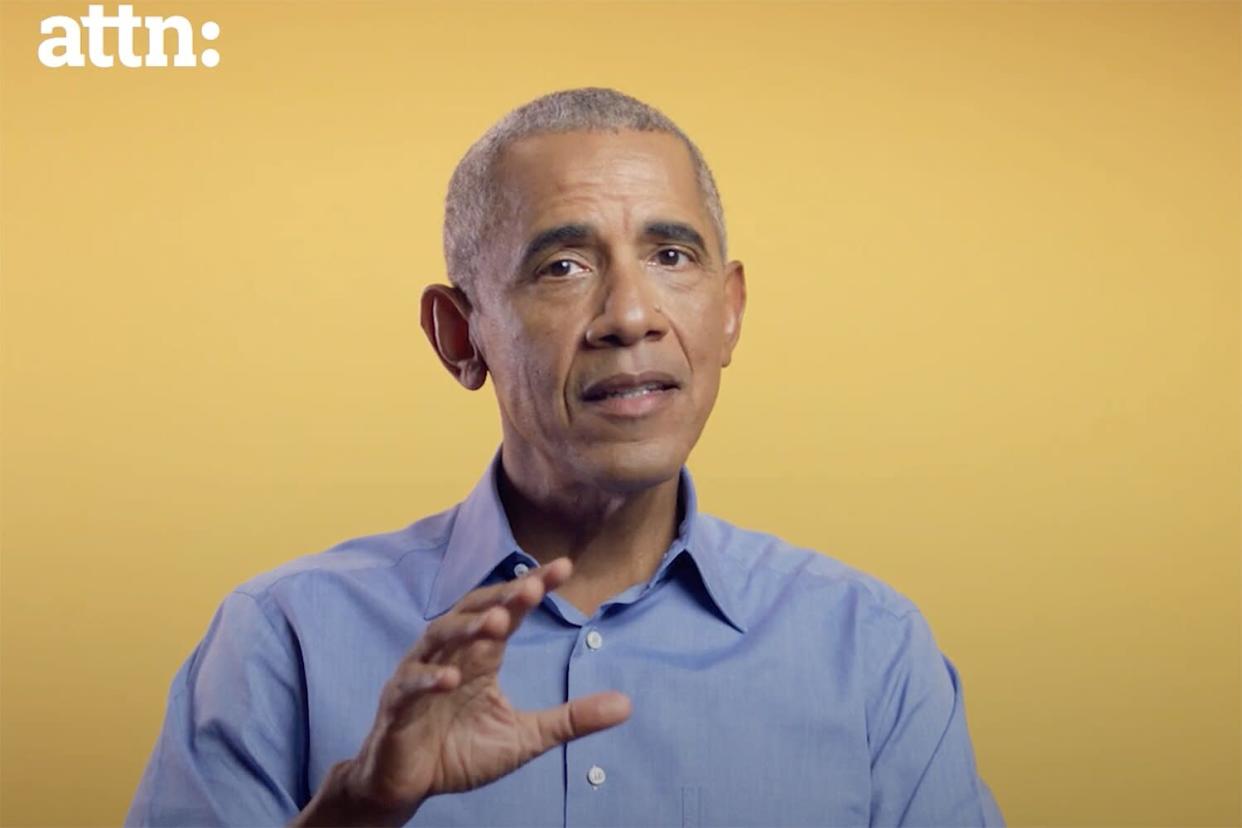 Barack Obama has a message for Gen Z voters: Do your research and cast your ballots in the 2022 midterm elections.

“For those of you who are just turning 18 and were only three or four when I was elected, my name is Barack Obama,” the former president says in a new public service announcement created in partnership with ATTN. “I was the 44th president of the United States and I have the best jump shot in White House history.”

Obama goes on to address Gen Z’s fears that voting isn’t the most effective way to solve issues, acknowledging that it’s not a catch-all solution but arguing that it’s still a necessary step in holding politicians accountable and fighting for change.

“Two years ago, more young people voted than in any other election since the 1970s,” he says. “And because you did, the direction of the country changed.” He goes on to cite how hundreds of millions of Americans received COVID-19 vaccines, how the most expansive bill to combat climate change was passed, how billions of dollars in student debt have been pledged to be forgiven, and how the long-awaited report on Unidentified Aerial Phenomena was finally released.

“I think those are some pretty good reasons to vote, but I don’t need to tell you that there’s a lot more that needs to be done,” he says, naming five major issues that he wants to elected officials fighting harder for: abortion rights, gun safety, unbiased education, immigration rights and addressing climate change.

Young people have the power to change the direction of our country by voting in this election. Climate change, reproductive rights, gun safety—all the issues you care about are on the ballot.

Register to vote at https://t.co/d5gaMVbvSL and encourage your friends to do the same. pic.twitter.com/F5nWvo0XIO

The PSA — which references pop culture topics like Pete Davidson’s love life, Euphoria and Rihanna’s unreleased music — also argues that if Gen Z voters can find so many hidden messages in Taylor Swift’s new hit album Midnights, they’ll do an excellent job at researching which candidates will fight for their values before voting in the consequential midterm elections.

“I know a lot of you care about these issues … So prove it. Make sure you’re registered to vote at vote.org/obama and then go vote,” Obama concludes.

Never miss a story — sign up for PEOPLE’s free daily newsletter to stay up-to-date on the best of what PEOPLE has to offer.

“President Obama knows the importance of high turnout and robust civic engagement, and has championed the right to vote and the urgent need for all Americans to be lifelong participants in our democracy,” Andrea Hailey, CEO of Vote.org, said in a statement shared with PEOPLE Monday.

“In this critical midterm election, it is more important than ever for voters to stay engaged and make a plan to register and get out to vote on or before November 8. We encourage voters across the country to follow President Obama’s example and talk to their friends, neighbors, colleagues and others, so that all of us are ready and empowered to vote,” Hailey added. “Our democracy only works if we all are committed to taking part in its care.”

Check your voter registration, locate your polling place, and make a voting plan at Vote.org to ensure that your voice is heard this election season.