A Russian oil baron is suing his tycoon ex-wife in London over millions of pounds of jewellery and art – in a court war started by their daughter.

Nataliya Golubovich dragged her oil-king father Alexey Golubovich to court earlier this year, accusing him of smuggling statues out of her London home in suitcases and refusing to give it back.

Nataliya says the artworks, valued at around £4 million, were presents from her mother Olga Mirimskaya, but her father – who is reportedly worth £308m and owns a £23m super-yacht – claims his ex had no right to give them away as they were his at the time.

And he has now been granted the right to sue his ex-wife in England over ownership of the art, as well as his ex’s £10m collection of fabulous jewellery acquired during their marriage. 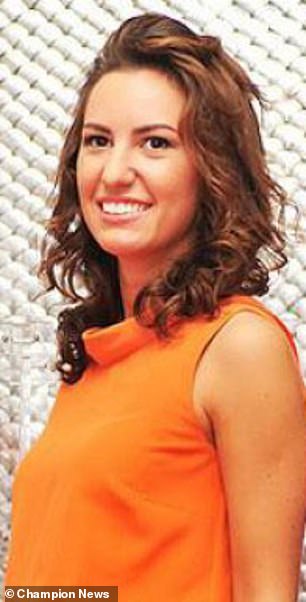 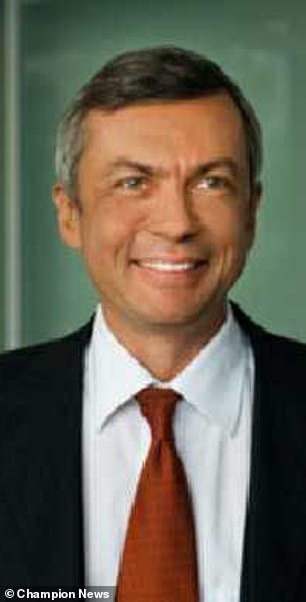 Mr Golubovich says that, if he is not entitled to keep all the art, it should be bundled up with his ex-wife’s jewellery and split equally between the former couple.

He had been the main Oriental art enthusiast in the family and was ‘the sole source of funds’ used to buy both the art and his ex-wife’s jewellery collection, he says.

Mr Golubovich and Ms Mirimskaya were married for more than 20 years, had three children and enjoyed a fortune worth hundreds of millions, before they separated in 2009.

He made his fortune in oil and now runs an asset management group, while Ms Mirimskaya, a businesswoman, at one point controlled assets worth $200m, according to court documents.

During their marriage, they acquired Ms Mirimskaya’s fabulous collection of jewellery, as well as a showcase of over 300 pieces of valuable Buddhist art, which was mostly kept at their £10m home on the banks of the Thames, in Upper Mall, Hammersmith.

The pair went through a hotly-contested divorce in the Russian courts in 2012, but are now back before judges – this time in England – in the fight over the art and jewellery.

The battle started earlier this year when Nataliya launched a court claim against her father, saying he had wrongfully made off with hundreds of pieces of art from the Upper Mall mansion, taking some of it to his 48 metre gold trimaran super-yacht, Khalilah.

Nataliya, 26, claims the art belonged to her mother, who then ‘gifted’ it to her, and that her father had no right to remove the collection and refuse to return it.

Her mother bought most of the art ‘with her own money’ at auctions and from showrooms around the world between 2004 and 2010 to furnish and decorate their London riverside home, she says.

However, within a year of her parents’ divorce, her father began removing the art, initially telling her he was taking the pieces to be restored or borrowing them to show in a museum or private gallery. 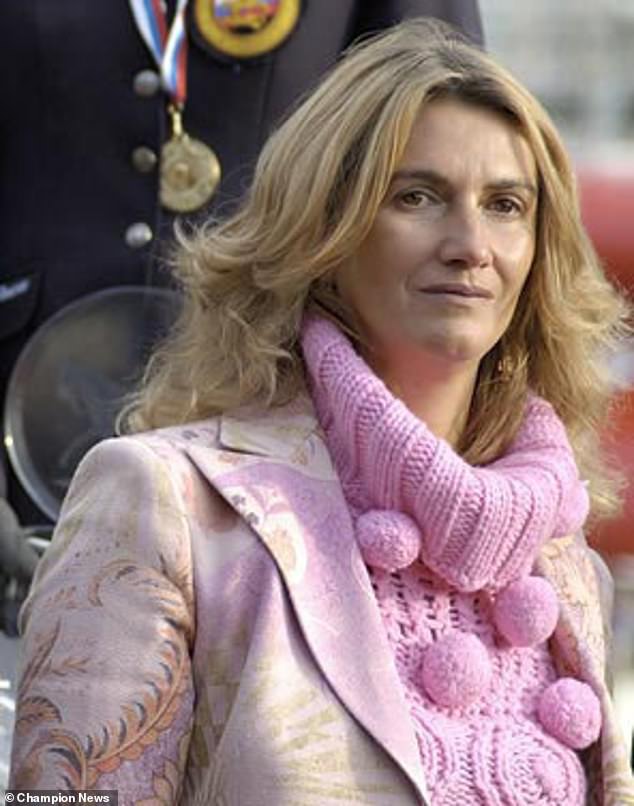 Nataliya says the artworks, valued at around £4 million, were presents from her mother Olga Mirimskaya, pictured, but her father -claims his ex had no right to give them away as they were his at the time

She claims that later Mr Golubovich took the items ‘in greater volume’, bringing empty suitcases with him to fill with statues and other items – a claim he denies.

Last year, Ms Mirimskaya made out a legal deed formally ‘gifting’ the collection to her daughter, and subsequently Nataliya sued her dad for the return of the art.

But claiming sole ownership of the art, Mr Golubovich points to a ‘deed of settlement’ made between the former couple to deal with property outside of Russia after their divorce in 2013.

Under the terms of that deed, the art would be his but Ms Mirimskaya would get the jewellery collection, which he says is worth ‘three times as much’ as the art.

‘Buddhist art was a particular interest and personal hobby of Mr Golubovich,’ his barrister Robert D’Cruz told Judge Stephen Lloyd during a hearing at the High Court in London.

‘His plan initially was to create a museum at the mansion at Bolshaya Polyanka, Moscow, where Mr Golubovich’s office was also located between 1998 and 2012, to display this art and these antiques.

‘The purchase of the collection was funded, either directly or indirectly, by Mr Golubovich,’ he added, claiming that Mr Golubovich had transferred assets worth $200m to Ms Mirimskaya during their marriage.

‘Over the course of their marriage, they also acquired a large collection of valuable jewellery. This jewellery was purchased using the same sources of family funds as were used to purchase the collection. Mr Golubovich was the sole source of these funds.

Nataliya launched a court claim against her father, saying he had wrongfully made off with hundreds of pieces of, taking some of it to his 48 metre gold trimaran super-yacht, Khalilah, pictured, which is worth £23m

‘The combined purchase price of the deed of settlement jewellery…was $13,248,700.

Mr D’Cruz said the post-divorce agreement had been made to split the couple’s assets which were not in Russia at the time that they divorced. Most of the art had been in Mr Golubovich’s study in Hammersmith, he said.

Nataliya, in her claim against her dad, claims the settlement deed is a forgery and that the art collection, said to be worth ‘in excess of £4.1million’, is now hers.

But Mr Golubovich says his ex did agree to the settlement, which was ‘generous’ to her in that it allowed her to keep the jewellery in return for ‘artwork of substantially lower value.’

And even if the settlement is found to be invalid, Mr Golubovich says he is entitled to demand that the art and jewellery are instead split equally between them as though the couple were now divorcing.

The Moscow family court had ordered a 50-50 split of all marital assets in Russia at the time of the divorce in 2012, and that should happen again to be fair to both, he said. 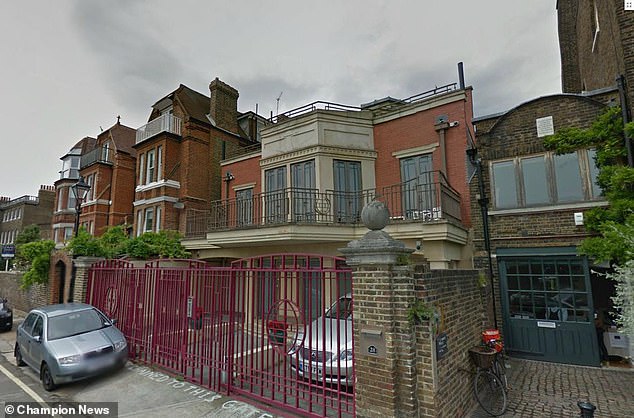 During their marriage, the now-divorced couple acquired a fabulous collection of jewellery, as well as a showcase of over 300 pieces of valuable Buddhist art, which was mostly kept at their £10m home on the banks of the Thames, in Upper Mall, Hammersmith

The barrister asked Judge Lloyd to grant Mr Golubovich permission to sue his ex in England’s High Court, given that the property in dispute is mostly in this country.

‘England must clearly and distinctly be the proper place for bringing the additional claim,’ he told the judge.

Granting him permission, Judge Lloyd said: ‘I’m entirely satisfied you satisfy the requirements for the reasons you set out in the skeleton argument. There is a serious issue to be tried and there is a good arguable case.

‘It is clear that Ms Mirimskaya is a proper and necessary party and it seems clear that in the circumstances England is the proper forum, as the proceedings were commenced here by Mr Golubovich concerning assets which were in the jurisdiction, and the English court is already seized of the matter.’

The case will return to court at a later date.