A ONE-legged driver clocked doing 125mph in his Lamborghini told cops his foot got stuck on the accelerator.

Ashley Smith, 43 — who has a prosthetic left leg — was pulled over by traffic police in France. 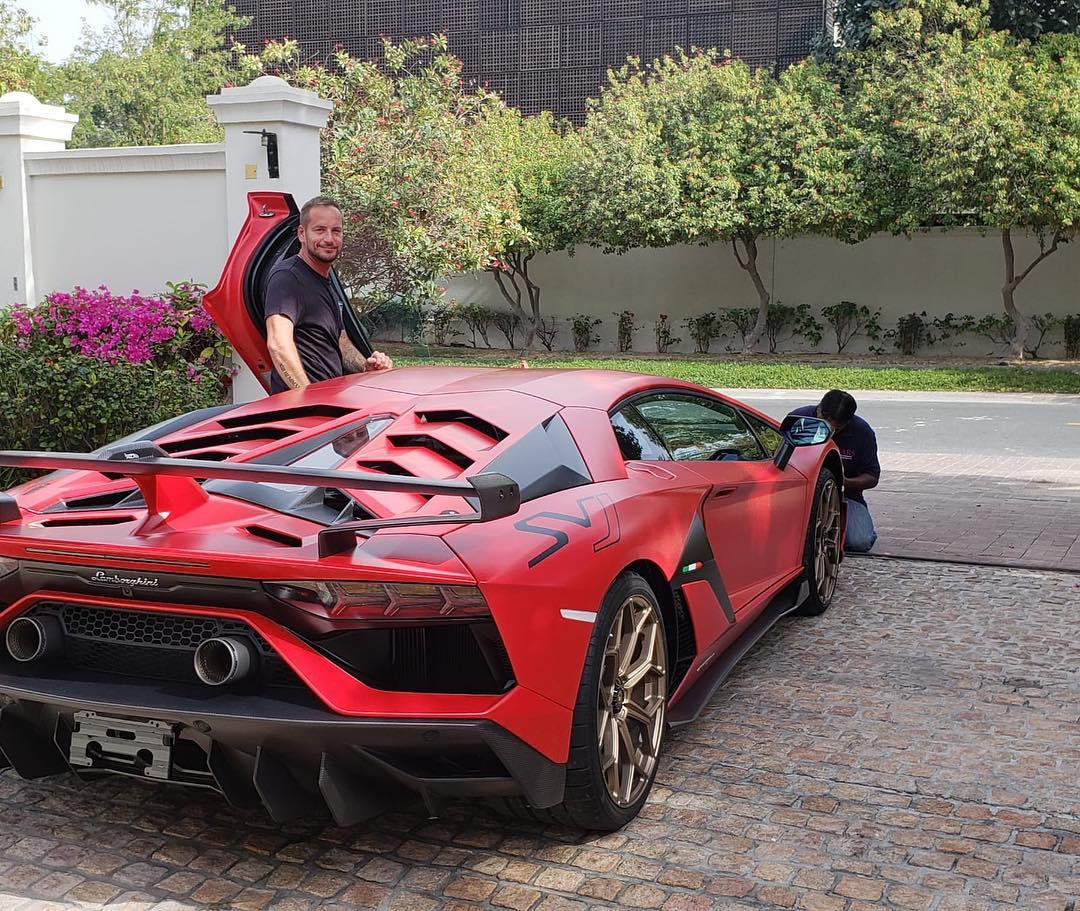 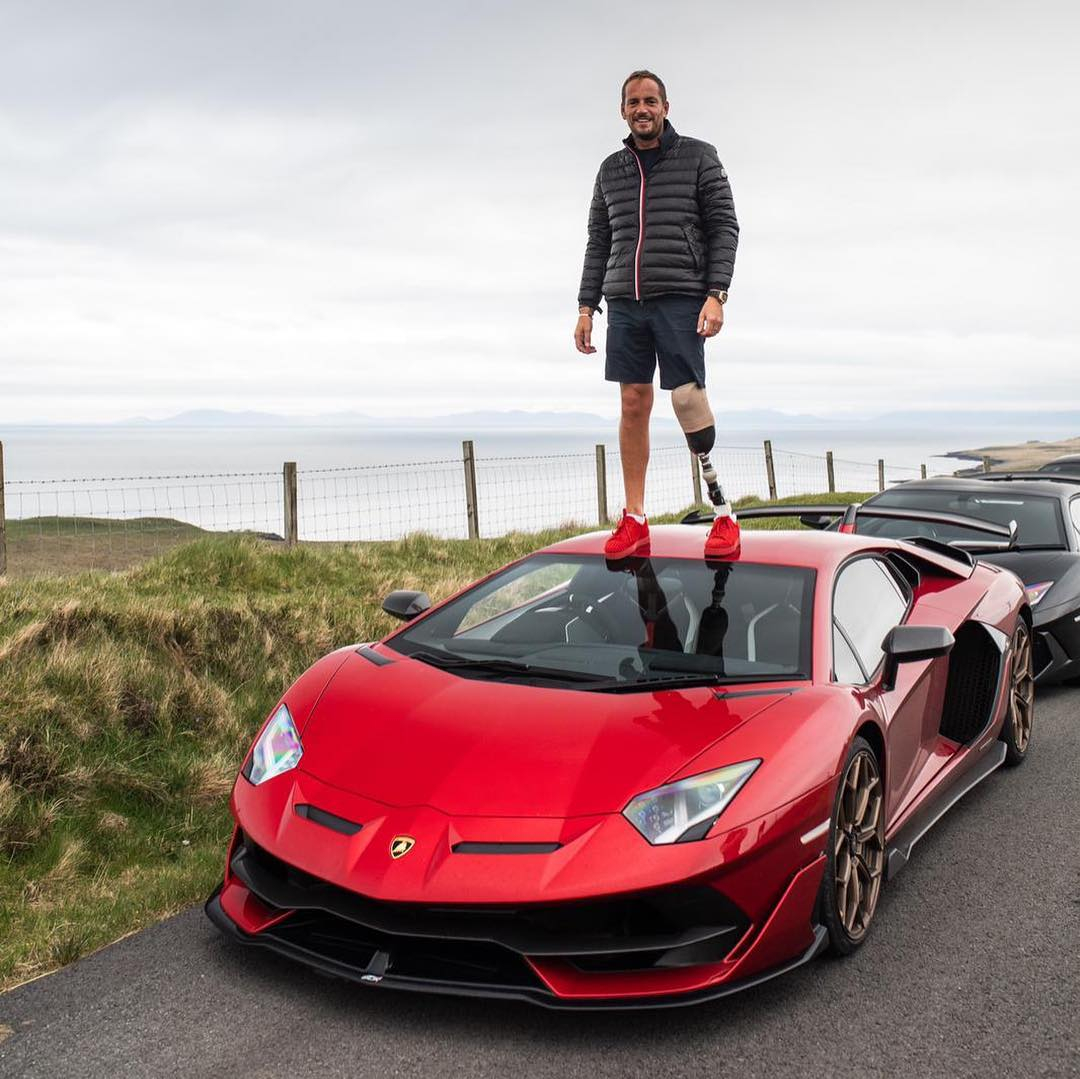 The British businessman’s £300,000 Lamborghini Aventador had been hurtling along a motorway.

Smith told officers his foot stuck to the pedal in the flaming red motor which reaches 60mph in 2.3 seconds.

He was caught in a speed trap near Saulce sur Rhône, southern France, last Saturday as he headed towards Monaco for a rally.

Cops ordered a garage mechanic to check out the car in nearby Valence.

A police spokesman said: “The driver initially said there was a fault but a mechanic checked the car — it was fine.”

At a fast-track trial, Smith was fined 750 euros and banned from driving in France for six months.

His Lambo, with the letters LEG in its number plate, is one of several the Cambridge-based collector owns.

On Instagram, “Supercaroneleg Smith” tells more than 11,400 followers: “I’m Ashley. Half the legs twice the man!”

He posted a snap of himself with David Beckham at the Bahrain Grand Prix in March.

Smith refused to comment. In a Facebook post last weekend he wrote: “777 miles to go let’s see how fast the bull can do it. Running a little behind so need to put the beast to the test.” 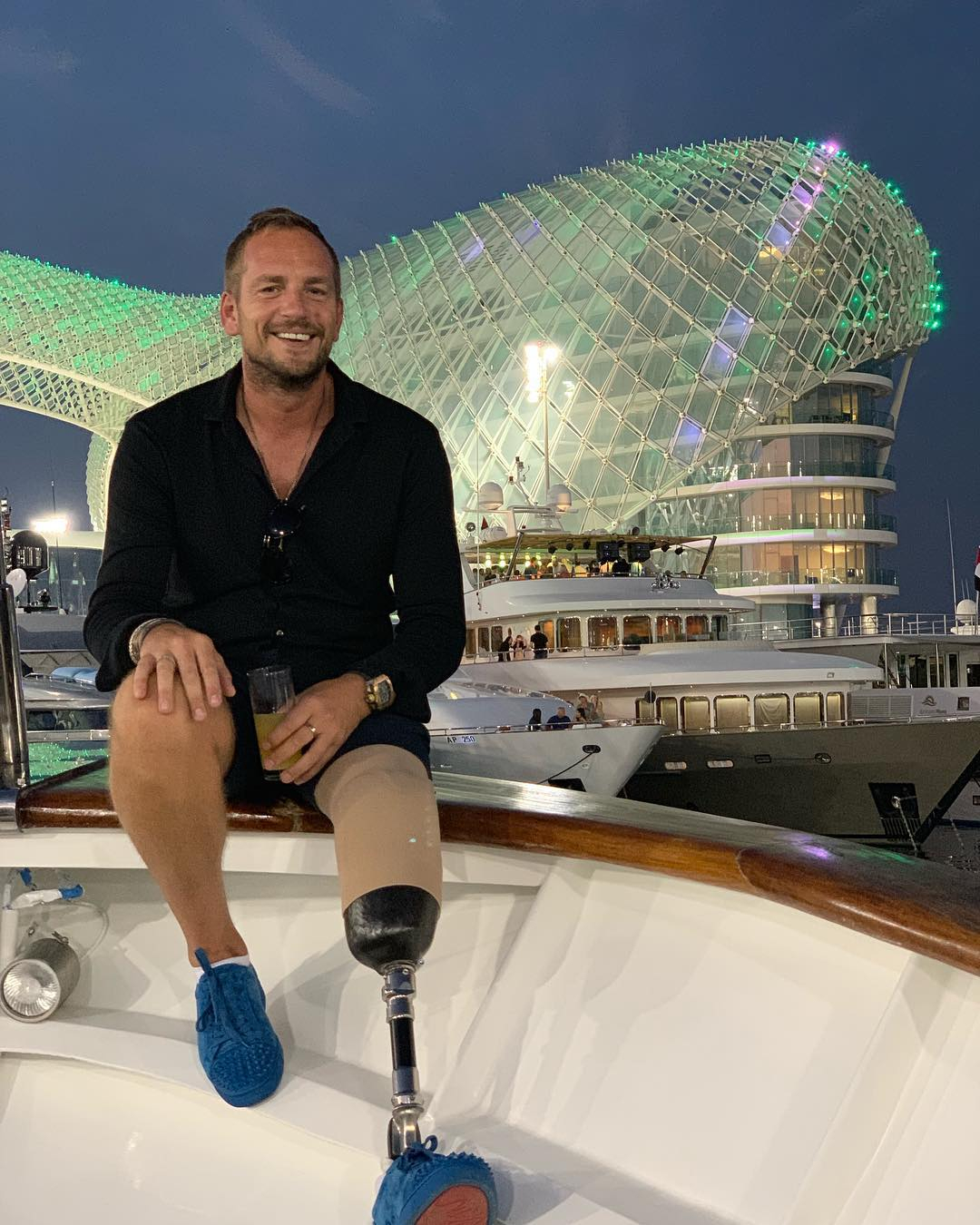 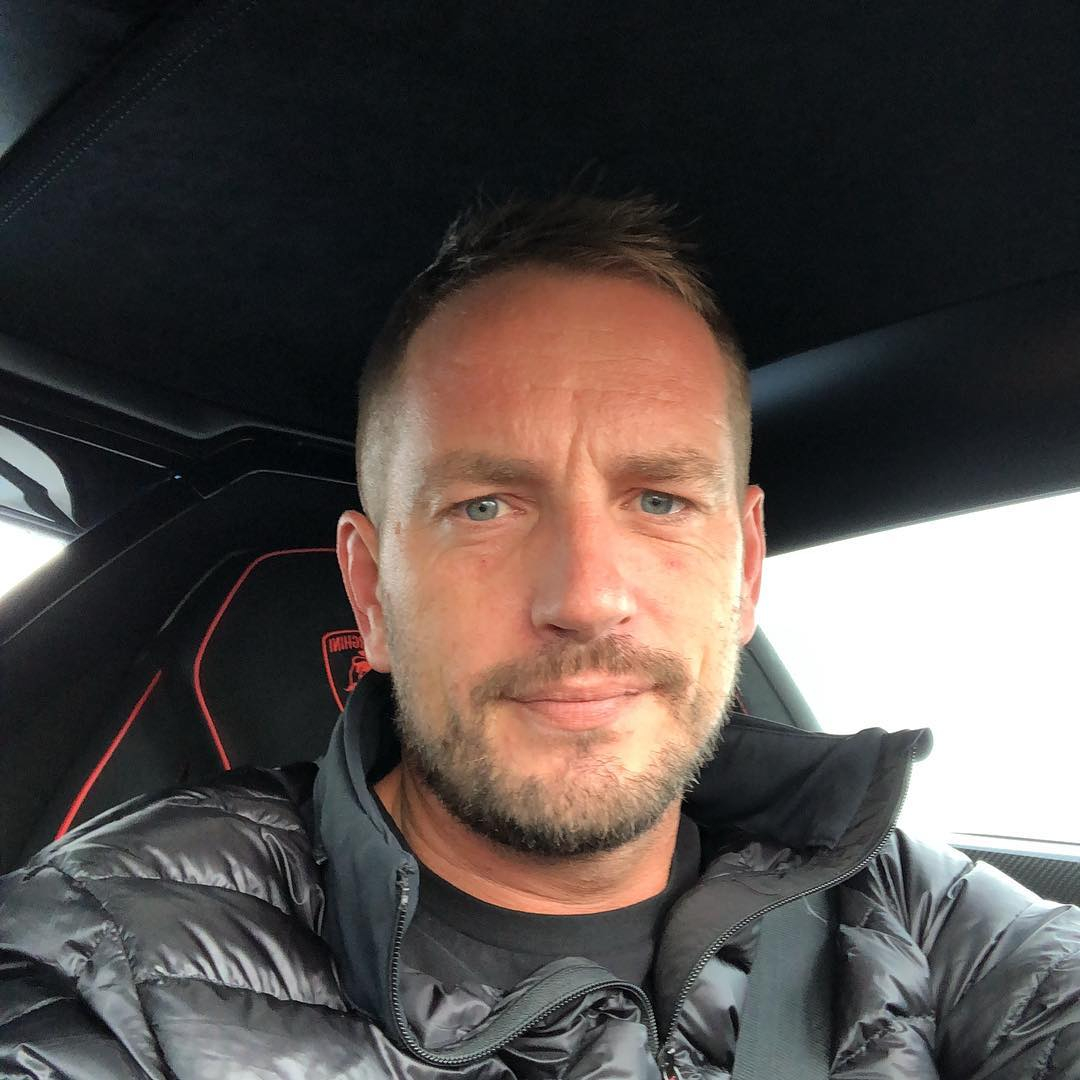