Victoria’s Veterans Affairs Minister Shaun Leane has apologised for comments he made that accused Coalition MPs of faking respect for diggers and using Anzac Day to pose for selfies with solemn faces.

Mr Leane said in a statement late on Friday that his comments intended to highlight that veterans should be supported year-round, not just on Anzac Day. 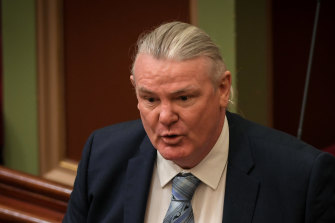 “I know the manner in which I made that point – as valuable as I continue to believe it is – was poor,” he said.

“It was over the top and caused offence where it needn’t have – and certainly wasn’t intended to. For that – I apologise.”

Mr Leane said Anzac Day was a solemn day of reflecting and giving thanks to veterans who served their country and those who did not return.

“We, as a community and as a Parliament, should support veterans every day of the year,” he said.

The state opposition had called for Mr Leane’s resignation after he made the comments on Wednesday in response to opposition questions about whether the government was providing certainty to RSLs about hosting Anzac Day marches within public health guidelines.

“I’ll say to the Coalition members: you’ll get a chance to get your selfie looking all sad when you’re [laying] the wreath,” Mr Leane said in Parliament.

Mr Leane withdrew his comments after being asked to do so by the president of the upper house, but Coalition MPs and an independent demanded he apologise.

Acting Premier James Merlino backed Mr Leane after he sparked fierce recriminations from conservative MPs, with Opposition Leader Michael O’Brien calling Mr Leane a “buffoon” and a “fool” not worthy of being in Parliament. 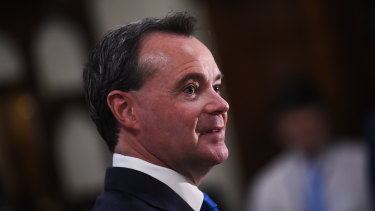 Mr O’Brien said the statement was “completely unacceptable” and said the Acting Premier, who will serve in the top job for at least six weeks until Premier Daniel Andrews recuperates, must show leadership by censuring Mr Leane. 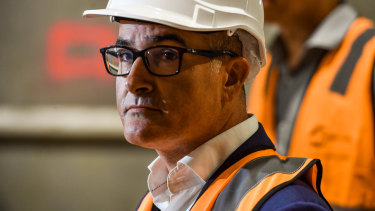 Mr Merlino emphasised that Mr Leane had withdrawn his comments but appeared to support the sentiment of what the minister had said.

“There are [MPs in Parliament] that are active on Anzac Day but silent every other day of the year,” Mr Merlino said while refusing to name which MPs he was referring to.

“He is an outstanding minister and an extremely strong advocate for our veterans community,” Mr Merlino said.

The inflamatory rhetoric of some Victorian MPs has been a discussion point since early this month when Liberal MP James Newbury said Reason Party MP Fiona Patten, a former sex worker, had “more positions than the Kama Sutra”.

The government’s leader of the house Jacinta Allen phoned her Coalition counterpart Kim Wells demanding he reign in his MPs at the time, but Mr Merlino said the two matters could not be compared were Mr Newbury’s statement was “incredibly insensitive” amid the national conversation about sexual assault and harassment toward women.