Paedophile social worker, 62, who used connections to Manchester United stars to abuse a string of young boys in his care and saw himself as a ‘real life Peter Pan’, jailed for 15 years 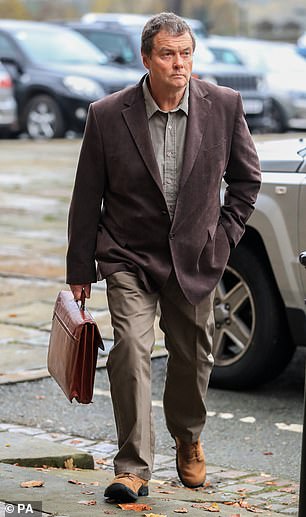 Bruce McLean, 62, (pictured outside court in November 2018) was  found guilty of a total of 27 charges including indecent assault and serious sexual offences against six boys

A paedophile social worker who used his connections with Manchester United stars to groom and sexually abuse a string of children in his care has been jailed for 15 years today.

Bruce McLean, 62, from Runcorn in Cheshire, who was friends with footballers, molested more than 20 boys between 1975 and 1991.

McLean used his networking skills to take young boys to watch United players train and would then buy them football kit at discounted prices.

At Chester Crown Court, McLean was sentenced after being found guilty of a total of 27 charges including indecent assault and serious sexual offences against six boys between seven and 14 at local authority care homes in Cheshire and Derbyshire.

He was also ordered to sign the Sex Offender Register for life.

During sentencing Judge Patrick Thompson said McLean had stolen from the men’s childhoods for his own sexual gratification and detailed how many of his victims have now turned to drugs and criminality.

The former firefighter was also a close friend of the paedophile soccer coach Barry Bennell and saw himself as a ‘real life Peter Pan’.

He also set up a children’s charity and made the late Gerald Grosvenor 6th Duke of Westminster its president.

McLean even posed for a picture with the unsuspecting Duke – who died in 2016 – during an outdoor pursuits expedition in the early 1990s.

In 1997 McLean was jailed for nine years for abusing ten boys at the Kilrie care home in Knutsford, Cheshire after it emerged he was free to mistreat children for 11 years despite council officials warning his conduct.

Eleven victims out of 15 who sued over the scandal subsequently won a total of £98,000 in compensation from Cheshire County Council.

McLean was later re-investigated in 2013 when other complainants came forward.

One accuser claimed he was sexually assaulted by McLean whilst trying on clothing in a changing room at a Marks and Spencers in Buxton. 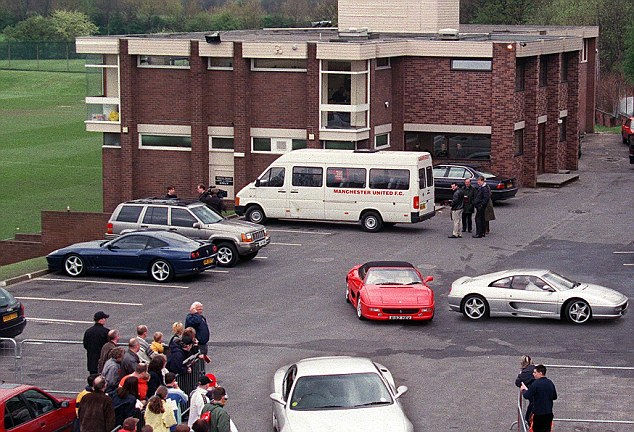 Another said abuse took place during a trip to Stranraer in Scotland at a Butllins holiday camp.

One young boy was abused after being taken to see Manchester United play Liverpool. 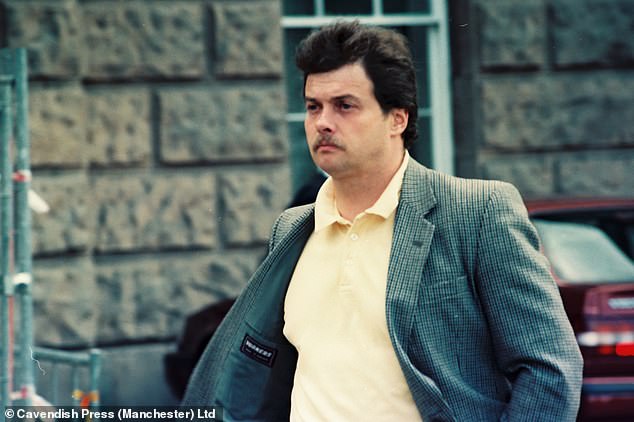 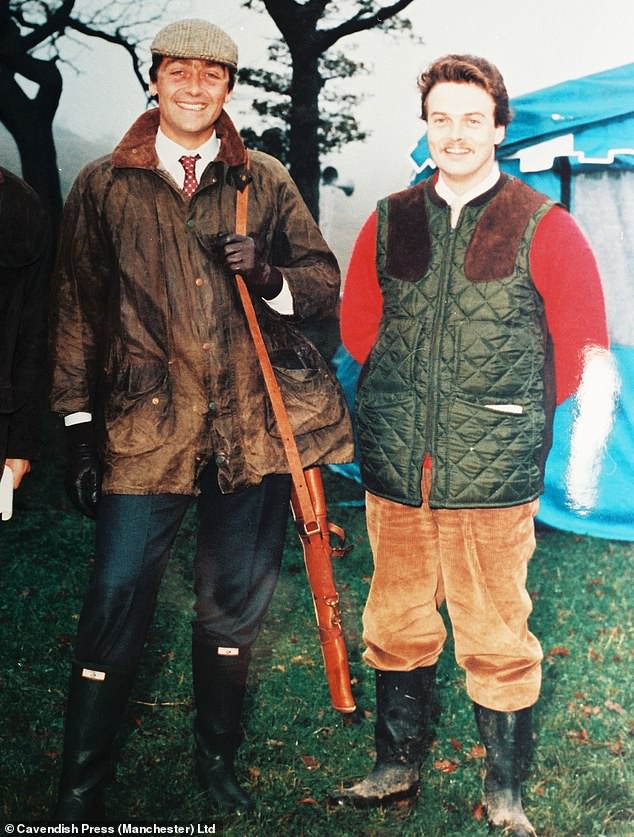 Bruce McLean (right) set up a children’s charity and made the late Gerald Grosvenor 6th Duke of Westminster (left) its president. McLean even posed for this picture with the unsuspecting Duke – who died in 2016 – during an outdoor pursuits expedition in the early 1990s 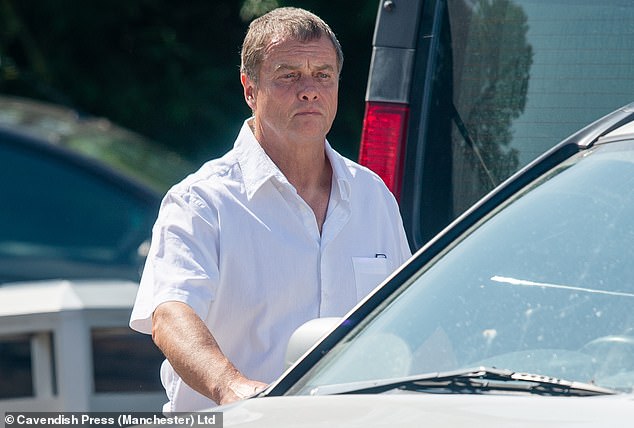 Judge Patrick Thompson told him: ‘Your role was to help care for children who had had difficult lives, broken homes and behavioural problems plus parents who would not look after them.

‘But whilst they saw you as friendly, young and generous, these were not acts of generosity, they were acts of a sexual predator.

‘You harbour no guilt or responsibility for what your actions has done. You have stolen from these men’s childhoods and called them liars and you suggested they were moved by the desire to falsely obtain financial compensation. 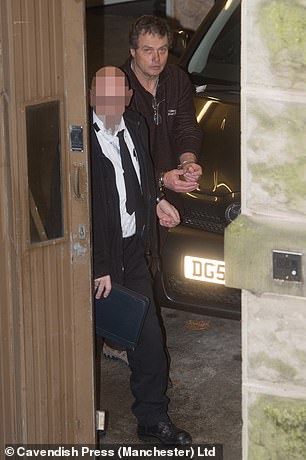 McLean, (pictured leaving Chester Crown Court) has been found guilty of a string of historic sex offences on vulnerable young boys who trusted him

‘Some of these victims take drugs and some have turned to criminality. The court wishes to commend each complainant on their courage and strength in coming forward and hopes they have some feelings of closure and justice.’

During the trial Miss Anna Whyte QC prosecuting said: ‘At the time they were abused, they were very vulnerable. The pupils often came from challenging family backgrounds, including broken homes and abusive parents.

‘As a care worker, Mr McLean was in in a position of trust, standing in the place of parents – he was supposed to help children of very tender years with their daily living, as a house parent.

‘They had been placed in the homes usually by their local authorities because they were in care and this made them additionally vulnerable and easy to exploit.’

Miss White told the jury: ‘McLean previously worked for the fire service and boys recall him using a blue flashing detachable light which he would place on the roof of his car before driving quite quickly.

‘He was involved in sports activities at Kilrie and was friends with some of the Manchester United players of the time.

‘It was obvious McLean was friendly with a number of United players and he also knew that he would obtain equipment and clothing and pass it on to children in the home. 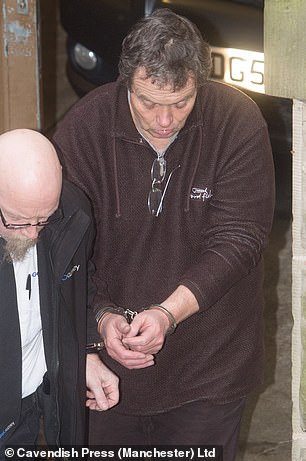 ‘Looking back now, it feels as though these treats and gifts were cynically designed to buy a form of silence from those he abused.’

One victim, now 56, told the jury: ‘I remember going in his posh sports car and he was put a cap on his head and get this flashing light and put it on top of the car and drive really fast.

‘At first nothing happened but then he started to touch me inappropriately. Ever since the police came to see me in 2016, it has brought it all back again.

‘It happened regularly but all I can explain is that you just switched off and went with it as that’s what you had to do. I was a child and I looked up to him.’

McLean, who lives in the village of Moore near Runcorn, Cheshire was interviewed by police on seven occasions between February 2013 and January 2018.

He said he was friendly with some Manchester United players and that children were taken to the Cliff training ground in Salford and received certain items of football kit.

But he denied sexual misconduct.