THE PENTAGON is on the verge of getting a real-life X-Files office dedicated to investigating UFOs, their origins and attempts to "capture or exploit" one of the mysterious craft.

US lawmakers are expected to push through the annual NDAA legislation which includes a historic amendment that sets up a dedicated unit called the Anomaly Surveillance and Resolution Office (ARSO). 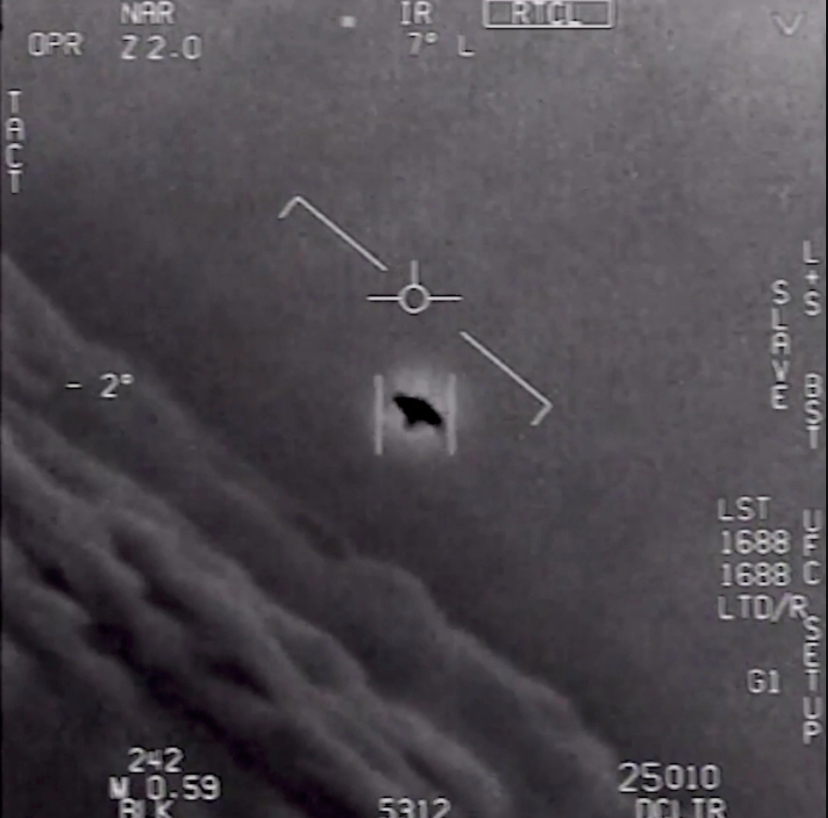 Like something out of hit sci-fi drama The X-Files – which saw special agents Mulder and Scully track down the explained and the alien – the Pentagon's new office will investigate unexplained sightings and attempt to identify them.

It will probe whether or not the strange craft that have been reportedly buzzing the US military are unknown technology from Russia and China or potentially something more alien.

The office will be set up jointly between the Department of Defense and the Office of the Director of National Intelligence (DNI) – a key marriage between the intelligence and military communities.

UFOs have stepped from an issue that was dismissed as fringe and the realm of conspiracy theorists into a genuine national security debate over the past few years.

ARSO will seek to investigate "the technical and operational characteristics, origins and intentions" of UFOs.

The UFO office will have the power to send out X-Files-esque teams to allow for "rapid response" and "field investigations" of UFOs.

It will also provide briefings on "any efforts to capture or exploit" the phenomena and also assess "health-related effects" for those who have encountered the objects.

Further detail on these attempts to "capture or exploit" UFOs is absent – and its unclear exactly what this refers to as it lists the phrase in what will be included in its annual report to Congress.

The office will also compile connections between UFOs and nuclear weapons – something suspected to be a key flashpoint for whatever is in the skies.

The term "extraterrestrial" or "alien" is not mentioned in the lengthy amendment, which was tabled by Democrat lawmaker Kirsten Gillibrand and backed by Republican heavyweight – and potential presidential candidate – Marco Rubio.

However, the office will acknowledge the "transmedium" nature of the phenomena – objects which appear to move between space, the Earth's atmosphere and even under the sea.

Many reports state that UFOs have been witnessed emerging from or plunging into the ocean – sparking speculation about the link between the objects and the ocean.

And some of the most high profile encounters, such as the USS Nimitz incident, saw UFOs sighted by pilots near US warships.

This historic bill is not only good for the American people, but it is a bill that history will show to be beneficial to the world

Lue Elizondo, head of the Pentagon's former UFO investigation unit AATIP – which was disbanded in 2017 – welcomed the move.

He told The Sun Online: "This historic bill is not only good for the American people, but it is a bill that history will show to be beneficial to the world."

Mr Elizondo added he is currenting in Washington DC working to support the amendment, alongside former intelligence official Christopher Mellon.

It comes after the US's top spy chief Avril Haines – the DNI – admitted it is a consideration for intelligence services that the mystery objects may have come from outer space.

The landmark Pentagon report of the objects released over the summer – now more commonly known as Unidentified Aerial Phenomena (UAP) – admitted there is something unknown in the skies.

ARSO will produce annual reports on the matter up until at least 2026 which will have both classified and unclassified sections for Congress. 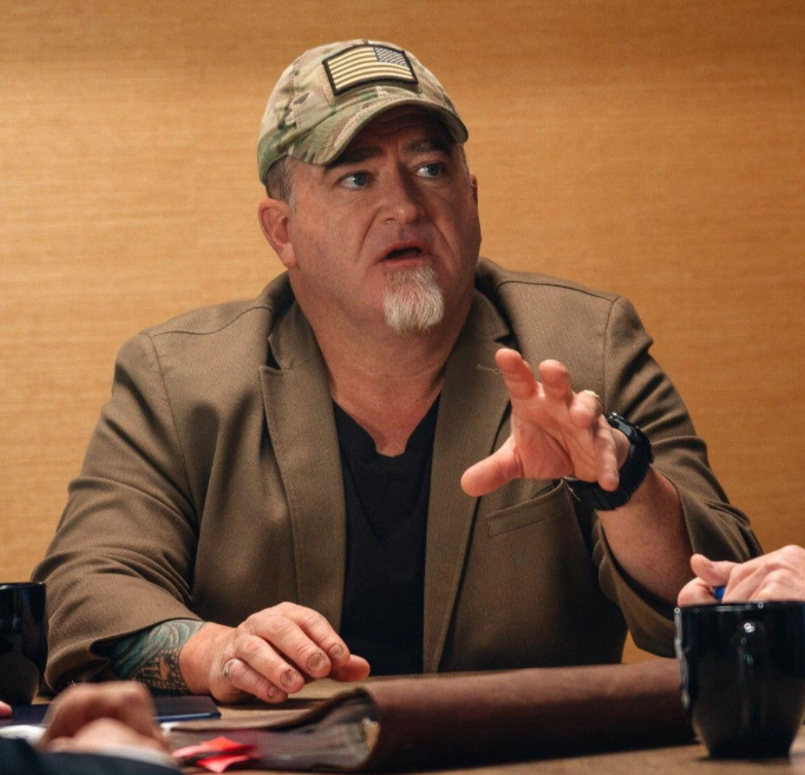 Should the defence bill pass this afternoon, the UFO office will have to be set up within 180 days in Washington DC.

It will dissolve the temporary UAP Task Force that was set up to deal with the Pentagon report which was released in June.

ARSO will develop standardised procedures to report and investigate UFOs to allow the US to understand what they are dealing with.

The office will also create a centralised database of UFO encounters.

And perhaps key, it will "evaluate the threat that such incidents pose the United States" while also consulting with their allies.

Gillibrand's amendment – as well as being supported by Rubio – is also backed by Democrat senator Martin Heinrich and Republican lawmakers Lindsey Graham and Roy Blunt.

The NDAA bill – of which the ARSO office amendment is part of – is expected to be voted on later today and likely will be waved through the Senate.

What is going on with UFOs in the US?

UFOS have stepped from fringe conspiracy theories to a genuine national security debate in the US.

Pentagon officials last year took the unprecedented step to confirm a trio of remarkable videos which showed US encounters with UFOs.

The debate is still open as to what the phenomena caught on film were – but it made clear to everyone, something is in the skies.

Perhaps the most striking was a video known as the “Tic Tac” – which showed an unidentified object being pursued by fighter planes.

The US also confirmed the existence of the Advanced Aerospace Threat Identification Program (AATIP) – a Pentagon programme set up to study UFOs before being disbanded in 2017.

However, it was replaced by the UAP Task Force in June 2020 after a vote by the US Senate Intelligence Committee.

Defence chiefs have since confirmed a number of leaked UFO videos and photos which were submitted to the Task Force for investigation.

Why this sudden rush for transparency?

No outside the secretive wings of the US government currently knows for sure.

And as a tacked on addendum to a 5,500 page Covid relief bill passed in December, the the Director of National Intelligence’s office was ordered to compile a report on UFOs within 180 days.

The UAP report dropped as expected on June 25, and while not giving much away – it did not rule anything out either as much of it remains classified.

The US appear to have acknowledged that UFOs – whatever they are – are real and are a potential threat to national security as they appear to be able to enter restricted airspace with total impunity.

Is it aliens? Officially the US position is simply, "we don't know yet" as further disclosure is expected in the coming months and years.

The $740 billion annual package covers a wide range of defence and security issues – and usually passed with bipartisan support across the house.

Adam Goldsack,from UAP Media UK, said: "This historic vote represents a dramatic change in how the U.S. executive and legislative branch is now approaching the difficult concept of UAP.

"With DNI, NASA, and both Republicans and Democrats reaching across the aisle to support the bill, it is becoming increasingly likely that open transparency will present the public with some very interesting findings over the next few years

ARSO's establishment will be the next step in the US's mainstreaming of the UFO issue.

It comes after a string of leaked videos which first emerged in 2017 showing encounters between US navy pilots and mysterious objects such as the TicTac.

The video and subsequent revelations of a quiet – but disbanded – investigation into them sparked a flurry of interest from lawmakers and the public.

It came to a head in the summer with the release of the Pentagon UFO report which admitted it could only explain one of 144 sightings made by the US military since 2004.

The report admits the encounters could be previously unknown aircraft from China, Russia or even a "non government" terror group.

But it crucially did not rule out an extraterrestrial, or perhaps even extradimensional, origin for the encounters.

DNI Haines spoke at an even last week where she cracked the door open for a potential alien explanation for some of the encounters.

"The main issues that Congress and others have been concerned about is safety of flight concerns and counterintelligence issues," she said.

"Always there’s also the question of 'is there something else that we simply do not understand, which might come extraterrestrially?'."

And she also spoke about the need for more consistent reporting on the issue – something which may be resolved by the establishment of ARSO.

The debate which was for decades considered a fringe and damaging topic is now being openly spoke about by very senior figures, including former President Bill Clinton and Barack Obama.

It has marked an incredible turnaround after the government dismissed UFOs at the conclusion of Project Blue Book in the 1960s.

And it comes as Pentagon whistleblower Elizondo hinted that pilots may have suffered warped time and radiation burns during encounters with the phenomena.