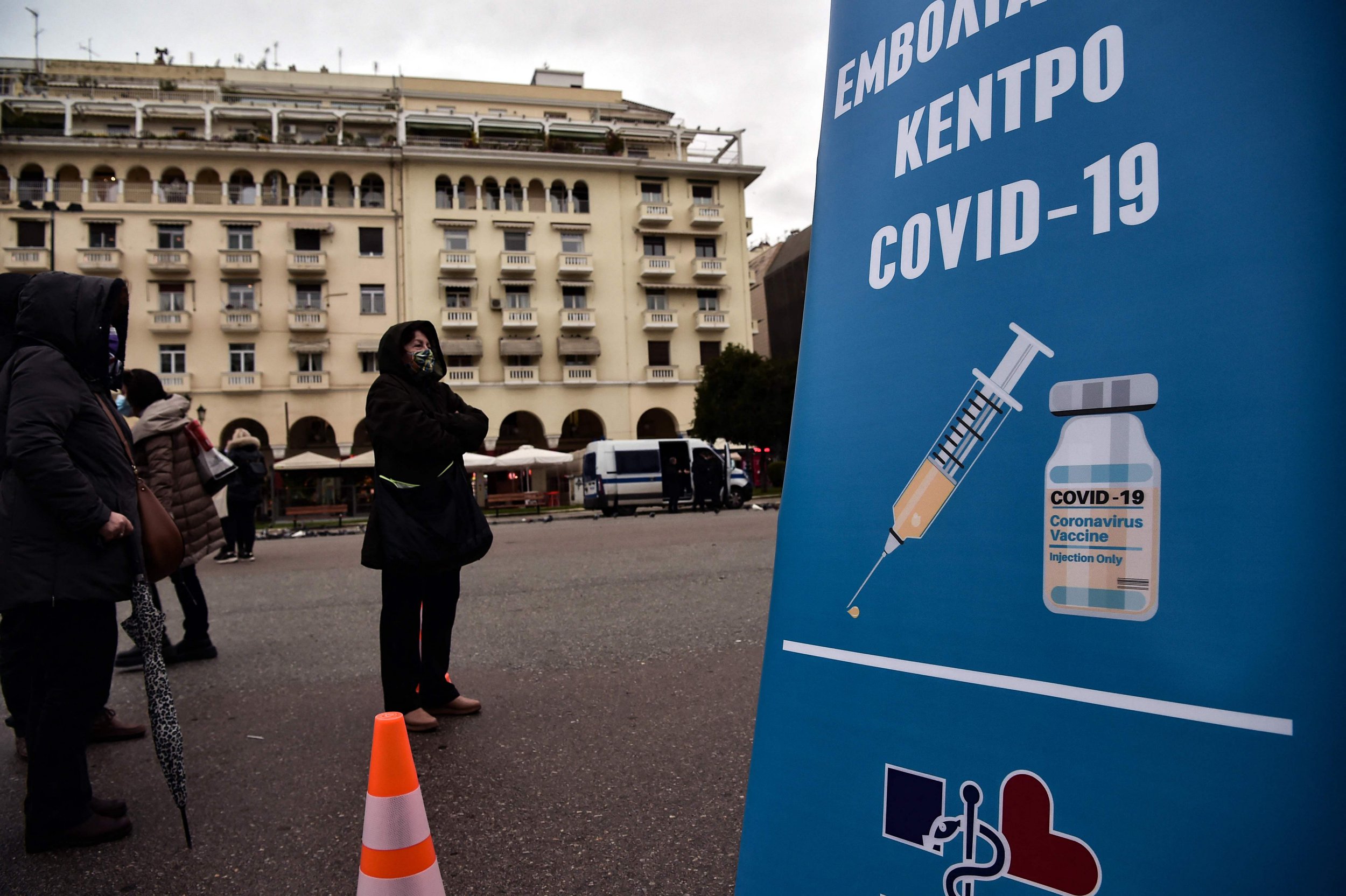 Greece will make vaccines mandatory for the over-60s and introduce a 100 euro (£84) fine for those who refuse it.

The measure will come into force on January 16 and fines will be added to tax bills, prime minister Kyriakos Mitsotakis said in a televised statement.

The government said it wanted to take action in response to a surge in new daily infections and the emergence of the Omicron variant.

Roughly a quarter of the country’s adult population remains unvaccinated.

Vaccination mandates were introduced over the summer for health care workers and fire service rescuers in Greece, with those failing to comply being suspended from their jobs indefinitely without pay.

The government has ruled out imposing new lockdowns, but says it is targeting the elderly with tougher restrictions to protect the health service as ICU reaches full capacity.

‘The new Omicron variant is a concern for us and means we must be vigilant,’ Mr Mitsotakis said.

‘Unfortunately, of the 580,000 unvaccinated of our fellow citizens over the age of 60, only 60,000 set up appointments to get vaccinated in November.

‘But it is mainly people over 60 who require hospital treatment and sadly lose their life. These deaths are unnecessary.’

The opposition left-wing Syriza party accused the centre-right government of shifting the responsibility of battling the virus onto ordinary Greeks and ‘targeting people over 60 … with punitive and financially debilitating measures that haven’t been implemented anywhere else in the world’.

Development minister Adonis Georgiadis conceded that it had been a ‘politically difficult decision’, but defended the measure as the only way forward.

‘If we chose the easy path we would say: “It’s their problem,”‘ he said in parliament.

‘(Unvaccinated people over 60) wouldn’t get inoculated, they would die in their thousands and we would wash our hands of them so as not to lose votes.

‘That is an immoral course of action.’

No details were provided on how Greek authorities would be able to establish whether people over 60 have been vaccinated.

One possible way could be to cross-check with government social security databases, although this would require notifying the independent data protection agency and potentially passing special legislation to do that.

Greece is the second country in Europe to introduce mandatory vaccines, after Austria announce the measure for all adults earlier this month as the nation was plunged back into a lockdown.

Germany is considering similar proposals as a fourth wave sweeps across much of Europe.