People smuggler who tried to sneak Albanians into UK is jailed

People smuggler, 31, who tried to sneak six Albanian migrants into the UK via the Channel Tunnel in a hired campervan is jailed for two years 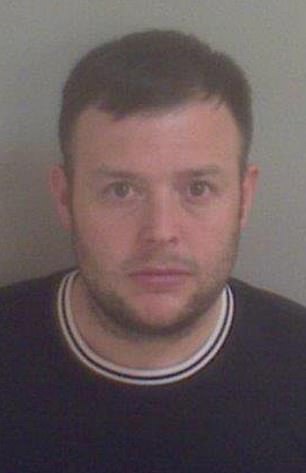 Jamie Parsons, 31, pictured, has been jailed for more than two years after admitting trying to smuggle six Albanian migrants into the UK

A people smuggler has been jailed for more than two years for attempting to bring six people into the UK in a hired campervan.

Jamie Parsons, 31, was stopped by Border Force officers at the UK Control Zone in Coquelles, France, before entering the Channel Tunnel.

He was driving a hired motorhome and claimed to be returning from a camping trip in Belgium.

Parsons was asked by Border Force officers to unlock the vehicle’s rear storage compartment and two people were found hiding inside.

A full search of the vehicle was then carried out and four more people were found hiding in the bottom bunk bed at the rear of the motorhome.

None of the group – four men and two women from Albania – had the correct documentation to enter the UK.

Parsons, of Fairwater, Cwmbran, South Wales, was arrested on suspicion of assisting illegal entry into the UK and the investigation was passed to Immigration Enforcement’s Criminal and Financial Investigation (CFI) team.

The Albanian nationals were handed to the French authorities following the incident in August 2017.

He was sentenced to two and a half years in jail at the same court.

Assistant Director David Fairclough, from the CFI team, said: ‘Parsons was committing a serious offence – abuse of the UK’s immigration laws – and this reckless gamble for financial gain has ended with a criminal conviction.

‘This case is testament to both the thorough investigative work of my officers, as well as to the vigilance of the Border Force officers who made the initial detection.

‘We will continue to ensure that those engaged in this kind of criminality are brought before the courts and prosecuted.’

‘We will continue to ensure that people smugglers and traffickers, whose actions so often endanger others, face the full consequences of their crimes.’