Perfumer 'sacked for sending work emails to own account with formulas'

A perfumer was sacked by one of the world’s leading fragrance houses after sending ‘suspicious’ emails containing its top secret perfume formulas then trying to ‘cover her tracks’, a tribunal heard.

Madly Massengo sent a series of messages from her work system to a personal email account containing details of the company’s ‘only real intellectual property’ including materials, formulas and pricing.

Bosses at British-based CPL Aromas were horrified when they realised Ms Massengo’s emails meant they had ‘lost all control’ of the confidential information, the employment tribunal heard.

When she was quizzed by bosses, the French perfumer, who has a Masters Degree in Chemistry, Engineering, Aromatics and Perfumery from Montpellier University, claimed she sent emails to her personal account as she wanted to ‘work from home’.

But Ms Massengo, who was 39, was sacked for gross misconduct.

She then sued her employer CPL Aromas Ltd for age discrimination, wrongful and unfair dismissal.

However these claims were dismissed by an employment tribunal held in East London. 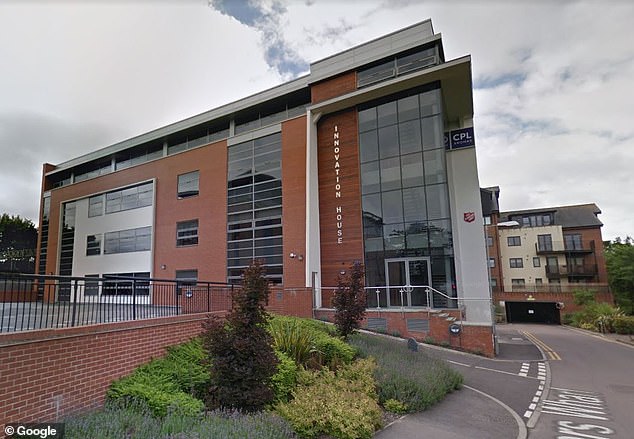 Perfumer Madly Massengo worked at CPL Aromas’ headquarters in Bishops Stortford, Herts, but she was sacked for gross misconduct, a tribunal has heard (stock image)

The hearing was told that in a ‘very competitive market’, the ‘only real intellectual property’ a fragrance house holds is the formula and costings of its scents.

Fragrances are often made up of up to 50 raw ingredients and the recipes, if leaked, could have ‘serious repercussions for the business’.

The tribunal heard this information was ‘tightly safeguarded’ by CPL Aromas, who are described as ‘fragrance pioneers’, producing fragrances and acting as advisors to leading perfume brands.

The hearing was told Ms Massengo started work as a trainee perfumer at CPL Aromas in April 2017 and was later offered a permanent role in the perfumery department subject to qualifying from the programme, which was due to finish in July 2019.

CPL Aromas, which was founded by brothers Michael and Terry Pickthall in Essex in 1971, was described as ‘a world leading fragrance house’ with bases around the world.

In June 2019, in a review meeting with boss Alexandra Kosinski, Ms Massengo was told she was not on track to qualify by July and she may lack the ‘requisite skills’ to complete the programme.

She pointed to examples where Ms Massengo had ‘refused to accept’ any negative criticism and thought she ‘already had all the skills that she needed’.

Ms Massengo told the tribunal she believed she had been deemed to be ‘inflexible’ or ‘more likely to stand up for herself’, because she was the only perfumer on the programme older than 30.

But the panel heard bosses all denied being aware of Ms Massengo’s age and that she was older than 30.

When Ms Massengo then failed to complete the programme in July she was offered a role as a quality control technician – and Ms Kosinski personally offered to help mentor her for the final stage of her programme to ensure she could qualify as a perfumer.

However, Ms Massengo turned the role down.

A senior figure at the company encouraged her to reconsider her decision and was ‘at pains to explain’ that if she did not accept, and no other suitable position was found, her employment could end.

Later that month, as she continued in her trainee role, an automated alert showed bosses that two emails containing meeting invites had been sent from Ms Massengo’s account to her private email address, which was considered a breach of security.

She was immediately suspended and an investigation was carried out which found Ms Massengo’s conduct had been ‘suspicious’, emailing ‘sensitive, confidential’ information to herself – including details of the company’s formulas and prices.

In a disciplinary meeting she was accused of misusing email and company information – sending herself 22 emails, with eight ‘of concern’.

The tribunal heard that over a five month period Ms Massengo had sent emails containing sensitive information of raw materials used in fragrances and their pricing – even emailing herself Excel spreadsheet containing fragrance, formulas and prices.

A list of her ‘log ins’ to the confidential work system had been compiled. In the disciplinary hearing she contested that some of these ‘looked strange’ and claimed ‘someone else’ must have been logging in as her.

It was pointed out to her that only she knew her log in details and anyone else knowing them would also have been a breach.

On September 9, 2019, she was dismissed for gross misconduct.

Ms Massengo appealed this, but the decision was upheld. She was deemed to have ‘broken the trust’ of her employer.

The appeal process revealed she had deleted the emails from her ‘Sent’ and subsequent ‘Trash’ folder, leaving only the two she knew her boss had already seen.

She also said she had not been sent the company handbook informing her such behaviour was forbidden.

The tribunal dismissed all of Ms Massengo’s claims.

Employment Judge Catrin Lewis said: ‘We were unable to find any credible evidence to suggest, or from which we could infer, that someone who was younger than 30 would have been treated any differently in the same circumstances.

‘The reason Ms Massengo was not offered the role of junior perfumer was because she had not performed well enough over the course of the training programme.

‘We have not found any credible evidence from which we could infer that their assessments were influenced in any way by her age.

‘We are satisfied it was within the range of reasonable responses for CPL Aromas to draw adverse conclusions from Ms Massengo’s conduct in deleting her sent emails as being evidence that she knew what she was doing was wrong and was attempting to cover her tracks.

‘Not only had Ms Massengo breached the policy, we have found, she had attempted to cover her tracks. As a result CPL Aromas could no longer be expected to have trust and confidence in her.

‘We have not found the failure to provide the Handbook to mean that Ms Massengo ought not to have been aware that what she was doing was misconduct.’