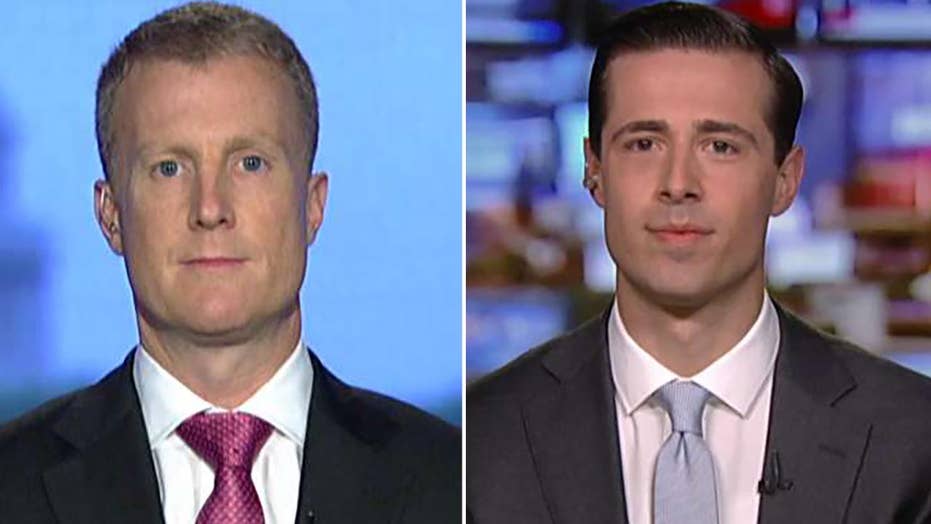 The move would mean people caught with a small amount of drugs would be given treatment or community service instead of being jailed and having a record.

Philadelphia District Attorney Larry Krasner says that the city is moving toward the decriminalization of possession of small amounts of drugs,  on the grounds that often medical treatment – and not criminal charges – is the right solution.

On “Fox & Friends” Thursday, host Brian Kilmeade asked if Philadelphia puts the plan in place, becoming the first city in the nation with such a policy, would it be the right approach, or would it amount to “a free pass on possession, too easy on crime?”

Luke Niforators, chief of staff at the non-profit Smart Approaches to Marijana, or SMART, told Kilmeade he saw more harm than good in the Philadelphia plan.

“Obviously we don’t want to give people records,” Niforators said. “But by the same token, having these policies make drug use seem like it’s no big deal and is sending the wrong message to our country and [younger] generation.”

“These policies say…this is more of a medical, not really a criminal, problem. They are missing the point. It’s not either/or, we can do both,” Niforators said. “There are the drug courts. We have ways to address treatment and drug issues medically while also discouraging use and having our criminal laws.”

"This is not just decriminalization, this program would be pre-arrest diversion for people who are nonviolent or who have mental health or substance abuse disorders," Barnes said on "Fox & Friends." "What this means is cops on the street who actually know mental illness and substance abuse better than anybody else…have the discretion, based on their experience, to divert somebody to treatment. The crime remains the same….if it were somebody who has also committed some violent crime or is not in need of treatment."

"We still reserve the right to file charges and sent the person to the criminal justice system," Barnes said.

"Obviously we should have [treatment] programs," Niforators said. "The concern on the other side…is that if we don't have some sort of stick in place, people are going to think that drug use is no big deal…Sending a message that this is just a medical problem is not the right way to go. We have to let the public know that [drug use] should be discouraged."