Correspondent Bryan Llenas describes the Philadelphia apartment fire and what we know so far on ‘America Reports.’

A 5-year-old playing with a lighter may have been the cause of a Philadelphia Housing Authority rowhome fire that killed 12 on Wednesday, according to a search warrant application.

City and federal investigators are still unraveling the origins of the deadliest fire the city had seen in more than a century but believe the 5-year-old child toyed around with a lighter long enough to set fire to a Christmas tree, that subsequently carried the flame, a local news outlet reported.

“I know that we will hopefully be able to provide a specific origin and cause to this fire and to provide some answers to the loved ones and, really, to the city,” Matthew Varisco, who leads the Philadelphia branch of the federal Bureau of Alcohol, Tobacco, Firearms and Explosives, said during a news briefing Thursday afternoon. 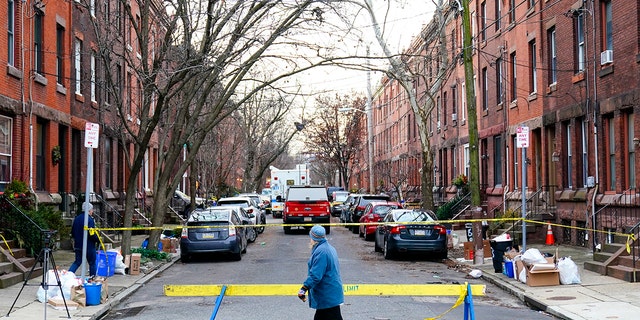 A passer-by looks over the barricade on the street of Wednesday’s deadly fire in the Fairmount neighborhood of Philadelphia on Thursday, Jan. 6, 2022. (AP Photo/Matt Rourke)

The fire torched the three-story apartment complex, located at 869 North 23rd Street in Philadelphia’s Fairmount neighborhood, killing 12 people — four adults and eight children — and hospitalizing two others, FOX 29 reported. It is unclear how many people escaped the fire. It was initially reported that 13 people had died, but that figure was corrected Wednesday evening.

The victims’ ages ranged between 33-years and a 1-year-old, according to family members of the deceased. 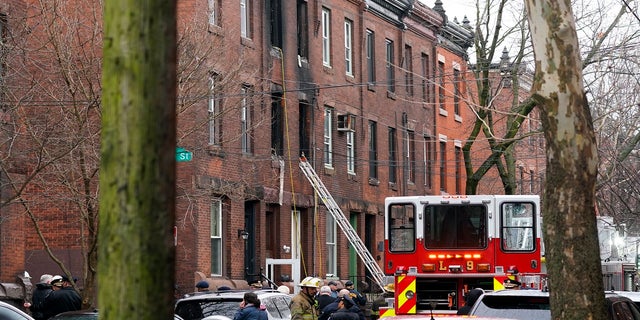 Philadelphia firefighters work at the scene of a deadly row house fire, on Wednesday in the Fairmount neighborhood of Philadelphia.
(AP)

“This is without a doubt one of the most tragic days in our city’s history,” Philadelphia Mayor Jim Kenney said Wednesday morning, according to the report. “Losing so many kids is just devastating.”

Officials said 26 people were staying in the two primarily affected apartments, though the number of permanent residents or visitors is not known.

Investigators confirmed the home was equipped with four smoke detectors, but none were operational at the time of the fire. Philadelphia Housing Authority officials said at least two of the detectors were replaced in 2020 and all four were functional in May 2021. 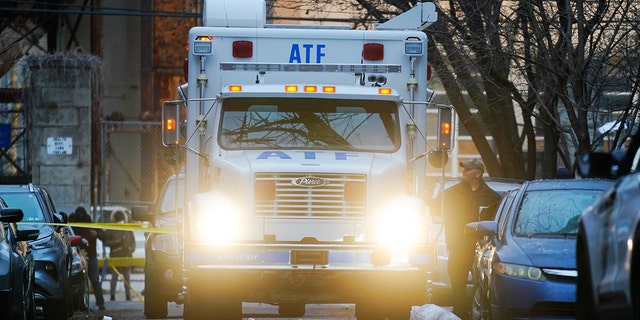