Distressing pictures show filthy farm where woman and her late girlfriend, both 20, starved up to 121 animals in lockdown cash-making scheme as owner is spared prison

Shocking images have revealed the conditions on a farm where more than 100 animals were left to die after being neglected by two young women.

RSPCA officers found animals that had died and others that were malnourished after being starved of food and water at Bog Hall Farm in Mordon, County Durham.

Hannah Olivia Wilkinson and her late girlfriend Rio-Anne Jane Dickinson failed to look after the animals while renting the land in an attempt to make money during the COVID-19 lockdown.

The court in Middlesbrough heard how the pair sold animals on to others and operated without a licence or vet support.

The RSPCA found dead animals in plastic bags ready to be burnt, alongside emaciated which had to be euthanised.

Wilkson admitted causing unnecessary suffering but was spared prison and ordered to carry out 100 hours unpaid work and pay £428 in costs.

Her co-defendent Dickinson passed away shortly after the pair appeared in court last month. Her family said online bullies were ‘partially to blame for her death’ on June 26, just days after pleading guilty.

Her stepmother Michelle O’Shaunessy and father Phil Dickinson claimed ‘cruel and hateful comments on social media made the 20-year-old feel unable to carry on.’ 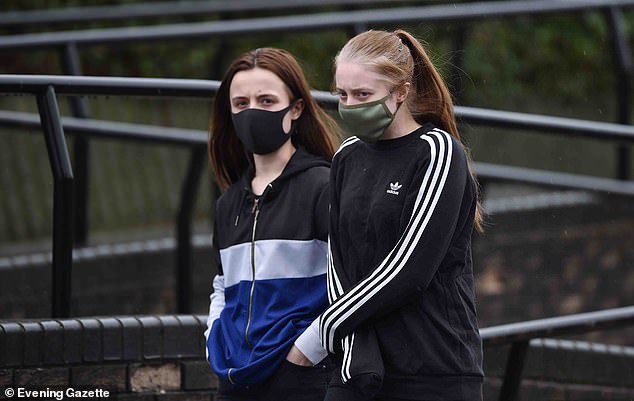 Rio-Anne Jane Dickinson (left) and Hannah Olivia Wilkinson (right, pictured outside court) were found guilty on charges of unnecessary suffering after neglecting to take care of 121 animals at Bog Hill Farm in Mordon 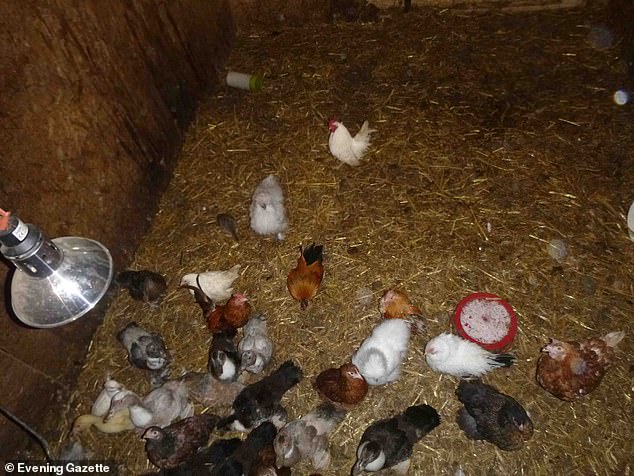 The women kept hens, chickens, quails, ducks and guinea fowl on the farm and were also responsible for two sheep, two hamsters, four guinea pigs, two budgerigars as well as a goat and a rabbit. 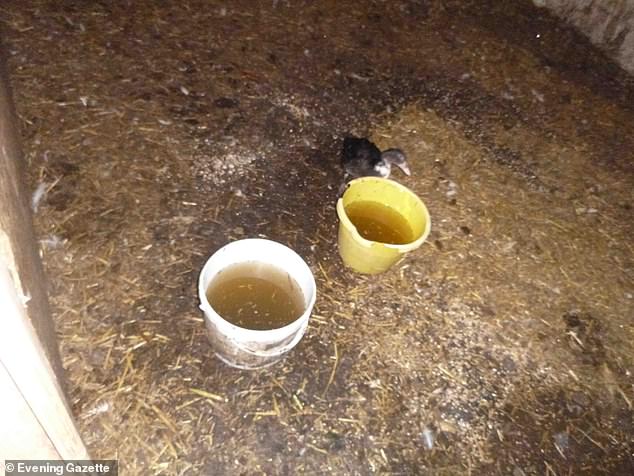 Teesside Magistrates’ Court heard how the pair, who were in a relationship at the time, neglected a total of 121 animals at the farm near Sedgefield in County Durham.

They kept hens, chickens, quails, ducks and guinea fowl on the farm and were also responsible for two sheep, two hamsters, four guinea pigs, two budgerigars as well as a goat and a rabbit.

The court heard how they sold animals – with Dickinson admitting to selling 500 birds in one week – and operated without a licence or vet support.

An RSPCA spokesperson said: ‘We are deeply saddened to hear of the death of Rio Dickinson and our thoughts are with her family and friends.

We understand that the matter has been referred to the coroner and will assist if needed.’ 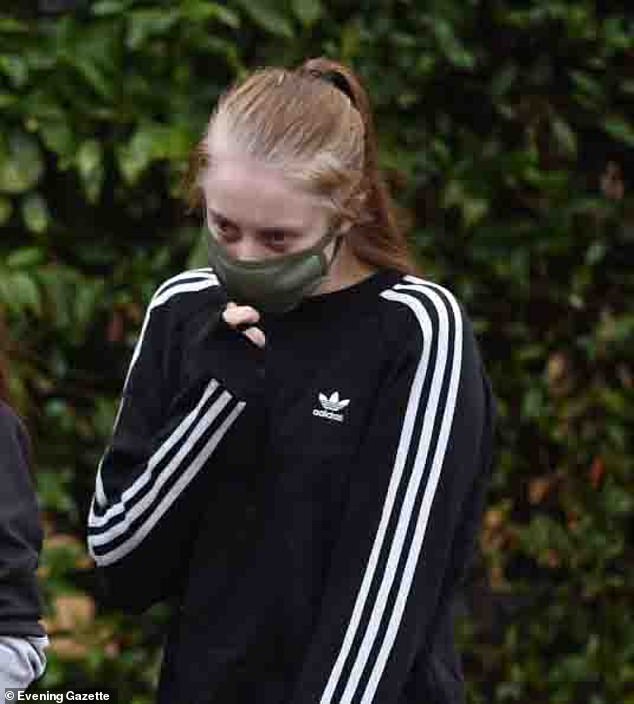 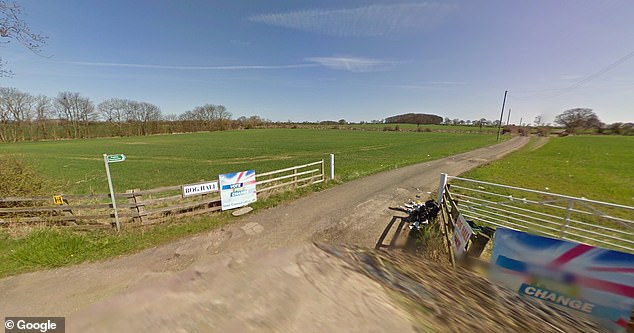 The two women were leasing the farm in an attempt to make money during the COVID-19 lockdown (Pictured, Bog Hill Farm) 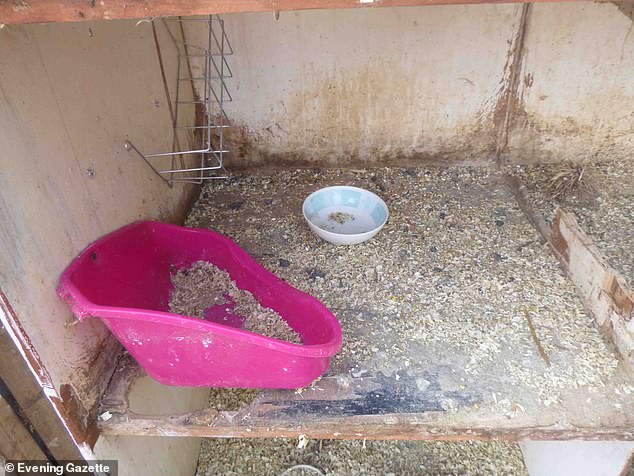 During Wilkinson’s sentencing hearing on Wednesday, the court heard how the conditions were discovered by the landlord of the farm who leased it to the defendants.

Alex Bousfield, prosecutor, said concerns were raised about the purchased animals being covered in lice and the landlord carried out three spot checks in two-week period before calling the RSPCA.

A chicken with a plastic ring inside its leg and a guinea pig that developed teeth that were too long were among the injured animals.

Wilkinson and Dickinson, both from County Durham, pleaded guilty to five counts of unnecessary suffering.

They also admitted a sixth charge of not taking steps that were reasonable in all the circumstances to ensure that the needs of an animal for which they were responsible.

All of the offences took place in July last year. 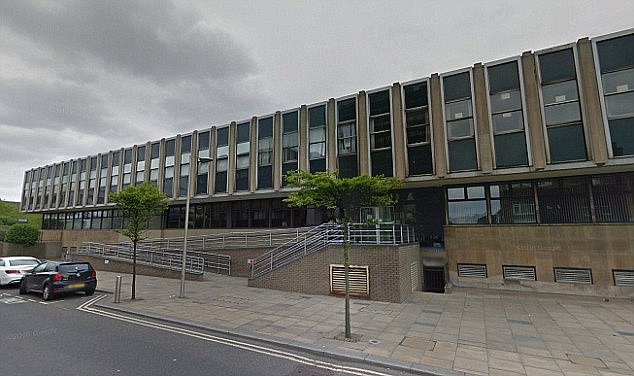 Deputy District Judge Mark Daley said it was a ‘distressing’ case on many levels which had now turned to ‘tragedy’.

He suspended Wilkinson’s 15 week detention in a young offenders institution for 18 months and banned her from keeping all animals, with the exception of dogs, for a period of six years.

The judge also ordered her to carry out 100 hours unpaid work and pay £428 in costs. He said that in the case of Dickinson he will have to vacate the pleas and withdraw the case.