Hunters will target feral deer on Melbourne’s outskirts in an effort to prevent them from destroying the environment, amid fears the animals may roam further into city suburbs and endanger people.

Deer have been seen as close to the city as Fitzroy, Ivanhoe and Kew. In June last year, startled residents watched as a wild deer ran down Johnston Street. 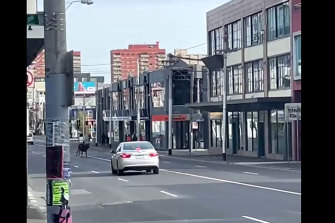 A deer on the run in Fitzroy last year. Credit:Rosie Bourke (supplied)

The state government’s control plan says deer are a growing concern in densely populated places, appearing in backyards, schools and other public places.

“Deer may charge or kick people if they feel threatened,” the plan said. “Given their size, they can cause significant and even fatal injuries, particularly associated with vehicle collisions.” 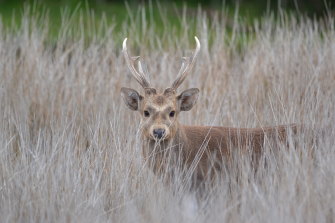 Professional ground shooting by hunters will be the most common form of deer control in the Peri-urban Deer Control Plan, although tranquiliser guns followed by lethal injections may also be used.

Hunters can carry out aerial culling in remote parts of the state, but this method is unlikely in more built-up areas.

Councils and land managers will be able to apply for $250,000 in grants to implement deer-management controls, including hunting.

Fencing may be used in some cases, but this is not considered an effective long-term strategy for dealing with deer. Traps can also be used to catch the animals, which are then shot.

RMIT urban ecology expert Sarah Bekessy said deer were introduced to Australia in the 1800s for game hunting, but it wasn’t until the 1980s that their numbers began climbing markedly.

“Environmentally, they’re a catastrophe,” she said.

Professor Bekessy said the animals dirtied waterways and diminished biodiversity by crowding out native species. She said they also fed on huge quantities of native vegetation.

In June last year, Melbourne woman Rosie Burke had just finished a run when she saw a startled deer running towards her on Johnson Street in Collingwood.

Ms Burke said the animal “looked terrified” and ran in front of a car before dashing down George Street.

“This thing was massive, he was almost as tall as my whole car [an SUV],” Mr Marelas said. “I swerved, then it started chasing me and I just accelerated. Then it crossed the road into five or six lanes of oncoming traffic and all these cars had to skid their brakes and stop. It was scary.” 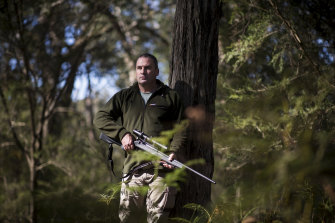 Australian Deer Association executive officer Barry Howlett said recreational hunters had culled between 150,000 and 200,000 deer annually before the pandemic. The cull under the government control plan is in addition to that.

“It’s the largest harvest of deer in Victoria by a large factor,” he said.

Mr Howlett said it would be nearly impossible to eradicate the animals in Victoria because they were embedded in the landscape in large numbers.

But without action to reduce their populations, he insisted deer would continue coming into conflict with humans as suburbia expands.

“In wetter years when you’ve got greater availability of high-quality vegetation, that works to the advantage of wildlife, particularly deer,” he said.

The centre is working towards a national strategy for controlling the animal.

“What’s clear is we need a concerted effort across the state,” he said.

His association has lobbied for deer to be classified as a pest species, which Mr Ruchel said would impose deer-management obligations on public and private land managers.

But the Australian Deer Association has opposed this proposal, arguing it would not result in any more culling of the animals.