Poacher who stabbed gorilla to death is jailed for 11 years

‘Justice for Rafiki’: Poacher who stabbed one of the world’s most famous silverback gorillas to death is jailed for 11 years in Uganda

A poacher who stabbed a beloved silverback gorilla to death in Uganda has been sentenced to 11 years in prison.

Rafiki, a 25-year-old male and head of a 17-member gorilla group who was hugely popular with tourists, was found dead after going missing on June 1. 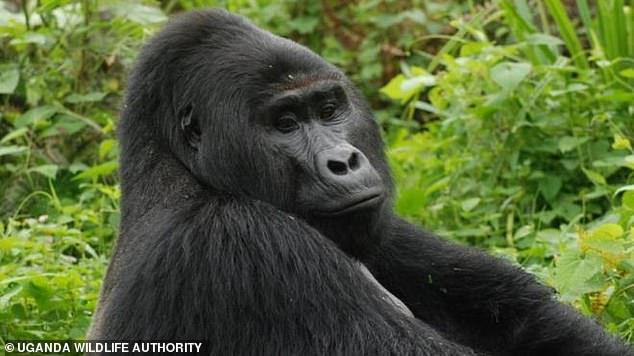 Rafiki (pictured), a 25-year-old male gorilla and head of a 17-member gorilla group who was hugely popular with tourists, was found dead after going missing on June 1 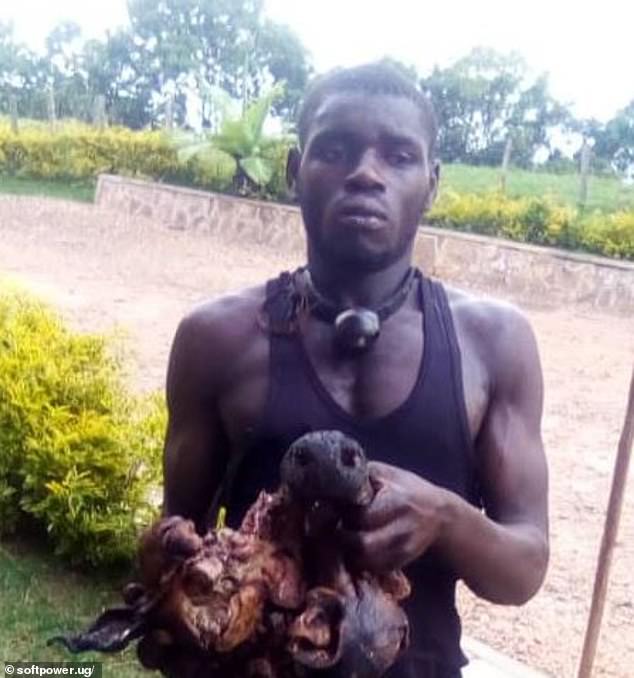 ‘We are all relieved that Rafiki has received justice and this should serve as an example to other people who kill wildlife,’ said wildlife official Sam Mwandha.

‘If one person kills wildlife we all lose, therefore we request every person to support our efforts of conserving wildlife for the present and future generations.’

Byamukama pleaded guilty to numerous charges including killing a gorilla, entering a protected area and being in possession of illegal meat.

He was also found in possession of of several hunting devices including a spear and rope snares which were discovered in a search of his home.

The poacher admitted to going hunting in the park but claimed he had killed Rafiki in self-defence after the silverback charged at the hunting party.

Rafiki was reported missing from the Nkuringo gorilla group on June 1, prompting a search which eventually found the gorilla’s body.

A post-mortem revealed that the gorilla sustained ‘an injury by a sharp device/object that penetrated its left upper part of the abdomen up to the internal organs’.

Byamukama was sentenced to 11 years in prison by chief magistrate Julius Borere at a court in Kabale, the wildlife authority said. 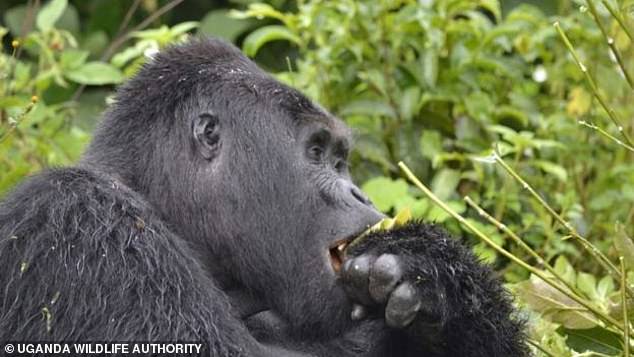 The 25-year-old male  (pictured) was the leader of a group of 17 endangered mountain gorillas, called Nkuringo

Another three suspects who were arrested at the time have pleaded not guilty and been remanded in custody while they await trial.

Officials say tough new legislation introduced in 2019 means that ‘anyone involved in illegal wildlife activities will face the wrath of the law’.

The park, a UNESCO world heritage site near Uganda’s border with the Democratic Republic of Congo, is a 12–sq-km patch of dense tropical forest that is home to primates, elephants, antelopes and other wildlife.

Tourists are mostly drawn to the park by its estimated 400 mountain gorillas – roughly half the world´s population.

The gorillas weigh up to 440lbs and have thicker fur than other great apes, meaning they can survive in colder mountain temperatures.

The World Wide Fund for Nature says mountain gorillas are an endangered species because humans have encroached ever further on their territory.

However, the WWF says the outlook has ‘brightened’ due to conservation efforts, meaning that numbers have increased in the last two decades.

Poaching is rampant in Uganda’s game parks and police frequently announce seizures of illicitly acquired wildlife products such as ivory, rhino horns, pangolin scales and others.