Hundreds of thousands of crimes are being written off by police within only 24 hours of being reported.

The Met, which is Britain’s biggest force, shelves 36 per cent of new cases inside a day.

These include more than half of thefts and burglaries, a Daily Mail investigation reveals today. In Greater Manchester, 27 per cent of crimes are screened out this quickly, as are 28 per cent in Sussex. 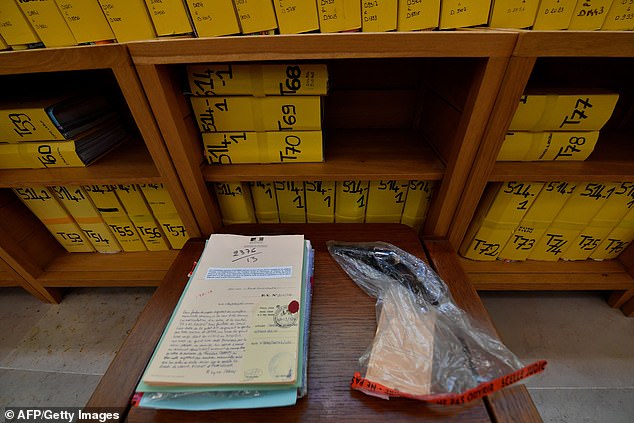 The practice has become increasingly widespread as overstretched forces struggle to prioritise their resources. Crimes are more likely to be dropped if they are judged as ‘lower harm’ or evidence is scant. Some constabularies will abandon a case immediately or conduct only a cursory ‘desktop investigation’.

She added: ‘How serious does having your house burgled, or being mugged on a stolen bike have to be before it crosses the threshold for investigation? It’s a lamentable state of affairs. Quite simply victims are being ignored despite the latest tirade of trigger-happy, rhetoric-fuelled politicians who talk about unleashing a war of terror on crime.’ 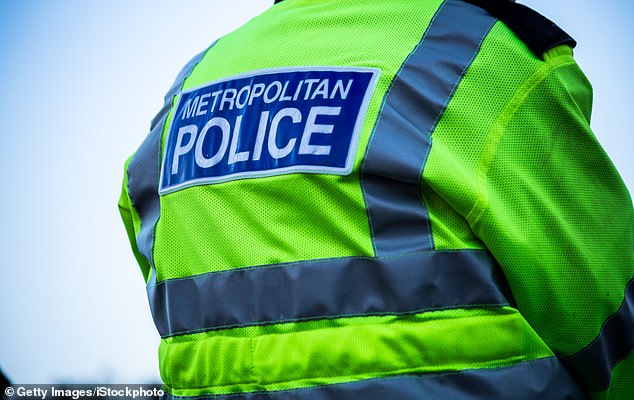 The Met, admitted 304,265 cases had been dropped within a day in 2018 an increase from the year before

Killers of young children face never being released under plans for tougher sentencing.

Murderers of pre-schoolers could be subject to whole-life orders while the minimum tariffs for other types of killings may be increased.

The Government is also said to want to ensure violent and sexual offenders serve at least two-thirds of their full terms.

A Downing Street source told The Sunday Telegraph: ‘Most people think all parties and the courts have lost the plot on sentencing. We agree with the public.

‘We will act as quickly and aggressively as we can.’

Harry Fletcher, of the Victims’ Rights Campaign, said victims would feel ignored while criminals were given the green light.

He added: ‘All research shows the best deterrent is the chance of getting caught yet conviction rates are falling every month for burglary and theft.’

The Mail used freedom of information laws to ask all 38 police forces in England how many crimes had been screened out within 24 hours over the past two years.

Surrey Police reported a figure of 17.5 per cent while West Yorkshire supplied figures suggesting the rate was 18 per cent. Northamptonshire and Cleveland Police both reported that 40 per cent of offences were dropped at some stage.

At the other end of the scale, both Devon and Cornwall and Avon and Somerset claimed they screened out just 6 per cent of crimes in 24 hours last year.

Bedfordshire confirmed only that some crimes were screened out after a desktop investigation and Staffordshire said some were resolved ‘over the telephone’.

Boris Johnson has promised to prioritise policing and announced in July he would put an extra 20,000 officers on the streets.

Home Secretary Priti Patel told the Daily Mail in an interview last month that she wanted criminals to ‘literally feel terror at the thought of committing offences’. However, Met Commissioner Cressida Dick has admitted that crime detection rates are ‘woeful’.

Her force provided a detailed breakdown for all types of crimes screened out within 24 hours following the Mail’s freedom of information request.

The highest rate was for bike thefts at 67 per cent followed by ‘theft from person’ – muggings that include mobile phones and wallets – at 64 per cent.

No murders or rapes were screened out within 24 hours, the force stressed, although 8 per cent of knife possession offences were dropped.

A National Police Chiefs Council spokesman said: ‘With more crimes and fewer officers on patrol it is taking longer to respond to incidents and there is increasing evidence that these delays hinder evidence collection, making it less likely that crimes will be solved. 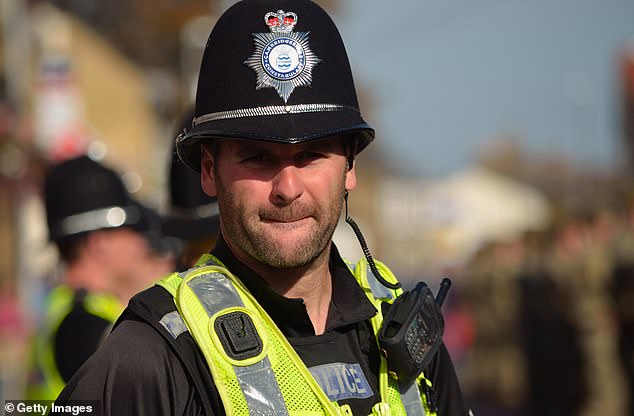 Left unanswered: Seven of the constabularies approached failed to present figures on ground of cost or that sourcing the data would be too labour intensive

‘Police chiefs have expressed their concern about the impact on proactive policing that prevents crime, solves problems and helps people feel safe.’ A Met spokesman insisted screening was the right policy.

He added: ‘We need our officers to be focused on serious crime and cases where there is a realistic chance that we will be able to solve it.

‘We also want them to be available to respond to emergencies and go to those members of the public that need our help the most.’ A spokesman for Greater Manchester Police said some of the crimes classified as being screened out were actually solved very quickly.

He added: ‘We are one of the busiest forces in the country and, with thousands fewer officers across Greater Manchester combined with increased complexity of demand, we have had to make changes to the way we work to meet the public’s need.’

Cambridgeshire, Durham, Essex, North Yorkshire, Northumbria, Nottinghamshire and West Midlands said they did not use a specific screening system although Cambridgeshire admitted it closed some crimes after a ‘desktop investigation’. Other forces did not respond.

Dame Vera Baird, Victims’ Commissioner for England and Wales, said: ‘When the public read these figures, they will be alarmed. How can they feel confident they will be protected from criminals? Some will see little point reporting crimes as nothing will happen.

‘You can well imagine a family which has saved up and bought a bike for a parent to use to get to work or for a child’s special birthday who won’t be able to replace it and will have no chance of a prosecution and so no hope of compensation.’

Why I had to take the law into my own hands

Mark Johnson took matters into his own hands when officers failed to investigate the theft of his teenage son Matt’s bike.

‘The police were useless so I started checking selling sites and pages online,’ said the 44-year-old events company chief.

‘Soon enough I came across it on a Facebook page.’

The £700 bike was on offer for £180 and Mr Johnson from Peterborough arranged to meet the seller:

‘I said we had two options: For him to give me the bike and I walk away or that I call the police,’ he said.

‘He decided to hand it over and claimed he had bought it from someone else for £50.’

A Cambridgeshire police spokesman said the force was obliged to prioritise more serious crimes and had launched a number of bicycle theft initiatives. 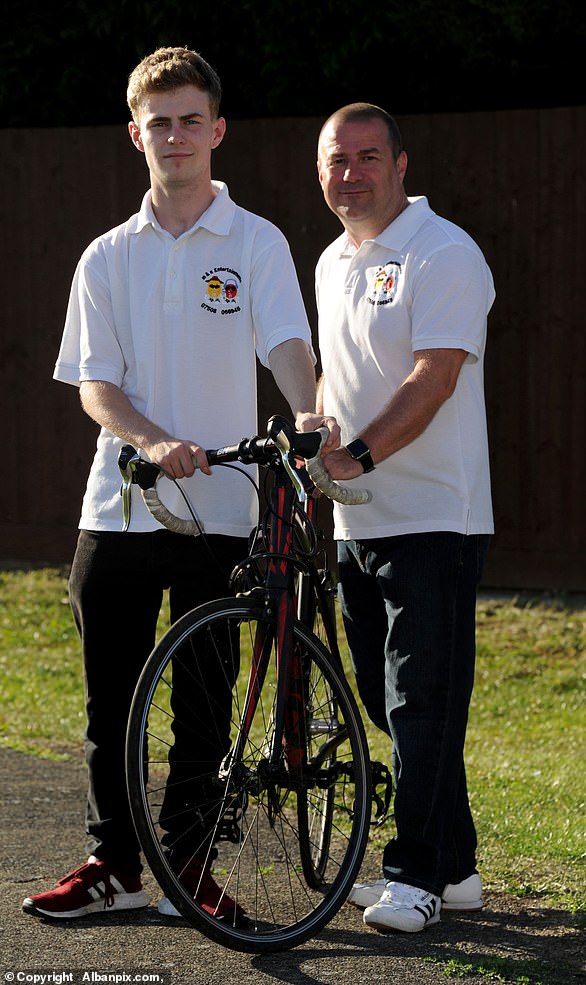 Mark Johnson and his son Matt, with his bike safely returned to its rightful owner