Police confirm re-arrest of rapist who broke his licence terms

Man, 36, who raped pensioner while high on drugs in attack that left veteran detective ‘disturbed’ is back behind bars for breaking the terms of his release agreement

Police have confirmed they arrested a missing rapist after an urgent manhunt was launched when he breached the terms of his release on licence.

Lee Michaels – who also goes by the name of Lee Beazley – was freed under licence in June last year after serving part of his  sentence for drug-fuelled pensioner sex attacks.

Michaels broke into a 65-year-old woman’s home in Marton, Middlesbrough in September 2005 and repeatedly raped her while high on drugs alongside a second man, named David Humphrey.

The pair, both 19 at the time of the incident, had drank a large quantity of alcohol, smoked cannabis and taken heroin substitute tablets before breaking into the pensioner’s home armed with a knife and screwdriver.

But last week the 36-year-old was hunted by West Yorkshire Police after breaching the terms of his release.

A police spokesman commented: ‘Lee Michaels, also known as Lee Beazley, who was publicised as being wanted on recall to prison was arrested in the Derbyshire area on Saturday, June 11, and has now been recalled to prison. Wakefield Police want to thank everyone who shared the appeal.’ 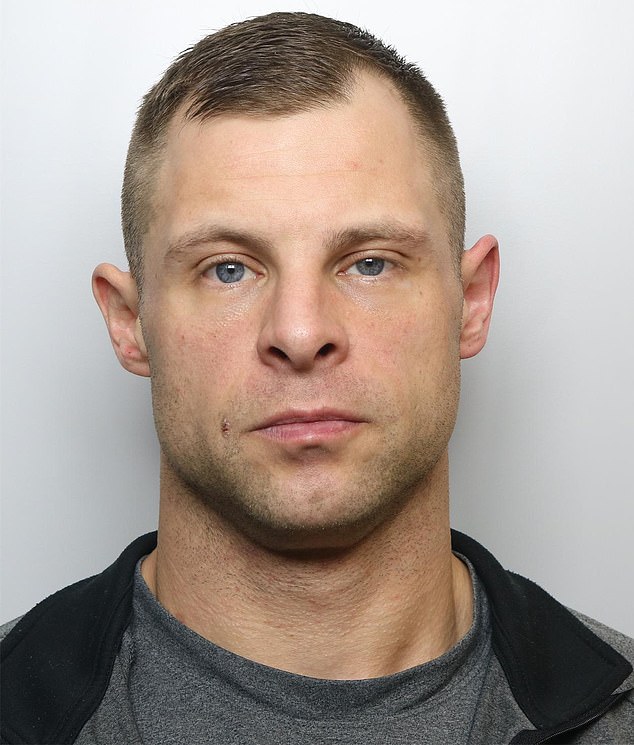 Michaels and Humphrey repeatedly beat and raped the grandmother at her home before stealing cash, jewellery and a mobile phone.

At a hearing, each admitted three joint charges – two of rape and one of aggravated burglary. Humphrey admitted a third rape charge.

The judge at Teesside Crown Court said the ‘wicked’ pair must serve at least six years behind bars.

Sentencing the pair Judge Peter Fox QC, the Recorder of Middlesbrough, told them: ‘Your offending against this lady and in her home ranks amongst the worst crimes ever committed in Teesside.

‘Obsessed by greed, lust and cruelty, you subjected her to a terrible ordeal, one of shocking and painful humiliation in her own home which you went on to plunder, ransack and defile.’ 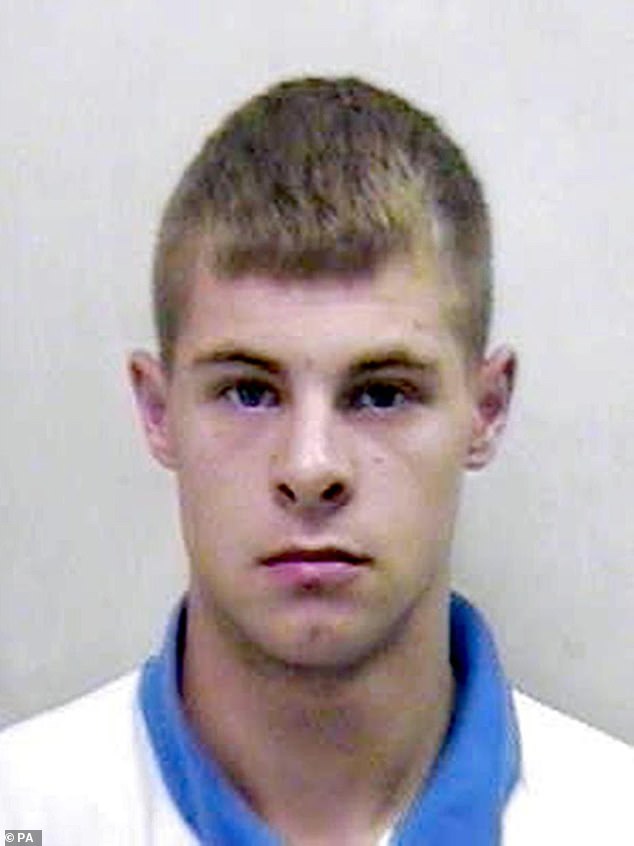 Michaels broke into a 65-year-old woman’s home in Marton, Middlesbrough in September 2005 (Pictured: Michaels aged 19) and repeatedly raped her while high on drugs alongside a second man, named David Humphrey

He added: ‘This court can do nothing to repair the dreadful harm you perpetrated that night.

‘It can only punish you according to law and within the law seek to protect others from your wicked natures.’

He added: ‘Despite your acting without any vestige of humanity towards your victim, the law remains humane.

‘Many in your case would say unduly so. It is not for me to comment.’

The pair appealed their sentence but failed to get them overturned.

Mrs Justice Gloster, sitting with Lord Justice Latham and Mr Justice Henriques at the Appeal Court in London, dismissed the argument they were ‘manifestly excessive’.

Detectives with West Yorkshire Police began tracing Michaels on June 10 after he was reported to have breached the terms of his release on licence.

In a plea, the force described him as being around 5’9″ tall and of slim build, speaking with a ‘north east’ accent and with tattoos on his right arm and back.