Police drop investigation into sinister wave of catnappers in Solihull

Victims of a wave of ‘catnappings’ have been left furious as police dropped an investigation into their missing pets – despite a video of a pet being stuffed into a box.

People from Solihull, eight miles east of Birmingham, claimed their pets were stolen and said their beloved animals had shown up on reselling websites after they had vanished.

West Midlands Police were accused of not taking the disappearances seriously but said they had taken the investigation as far as ‘reasonably possible’.

Disturbing doorbell footage saw a potential ‘catnapper’ looking around, stroking a cat and then picking it up.

They then beckon over an accomplice, who brings over a box and they quickly stuff the cat away out of sight. 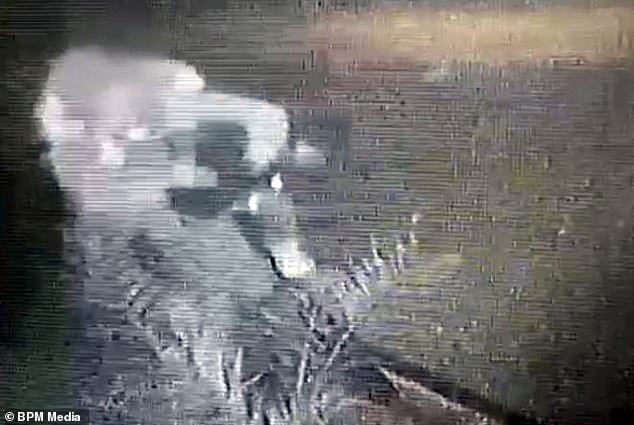 People from Solihull, eight miles east of Birmingham, claimed they had their pets stolen and said their beloved animals had shown up on reselling websites after they had vanished. Pictured: from a video appearing to show a ‘catnapping’ 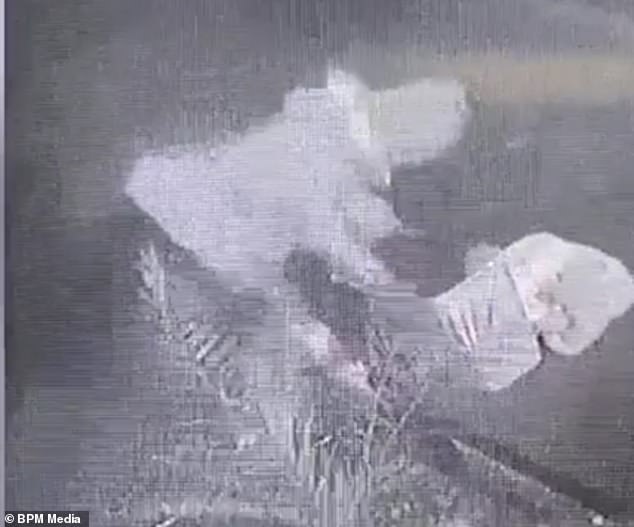 Disturbing doorbell footage saw a potential ‘catnapper’ looking around, stroking a cat and then picking it up 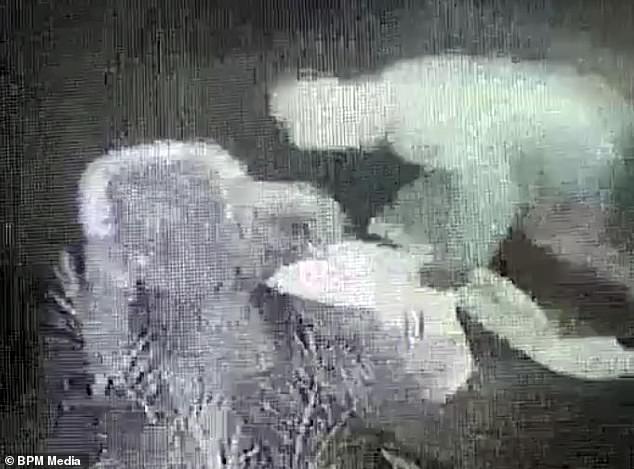 They then beckon over an accomplice, who brings over a box and they quickly stuff the cat away out of sight

One victim of the alleged snatchings, Charlene Jones, said her cat Benson was pinched in January.

A few weeks later her family were forced to buy back Benson, who was left ‘traumatised’ by the ideal.

She posted on Facebook: ‘So apparently it’s OK to steal and sell cats as police are not that bothered. 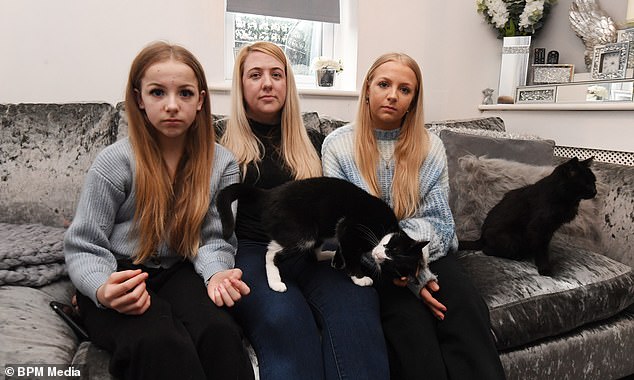 Charlene Jones’ cat Benson was pinched in January and showed up on a reselling website a few weeks later. Charlene is pictured with her children Demi and Eden after Benson was taken 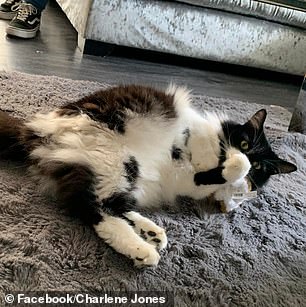 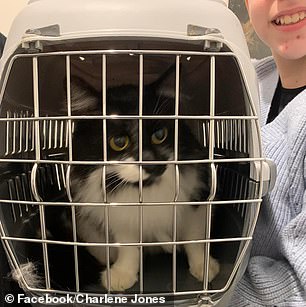 Benson’s family were forced to buy him back after he vanished. Pictured is Benson after he was returned home

‘It’s wrong on all levels. They are a part of our family.’

Jodie Smith, from Chelmsley Wood in Solihull, said her cat Arlo is still missing after he first disappeared on January 29 – and that West Midlands Police have dropped an investigation into it.

Jodie’s daughter drew a missing poster for the cat and said she would give ‘all her pocket money’ to have Arlo back home again. 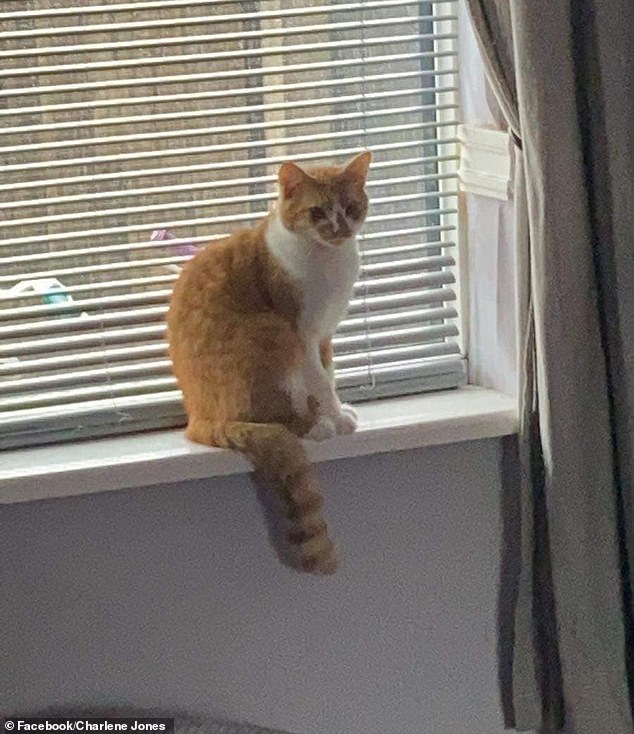 Jodie Smith’s cat Arlo (pictured) is still missing from their home in Chelmsley Wood, despite the fact he appeared on Pets4Homes website being sold for £50 two days after his appearance

They believe Arlo was advertised for £50 on website Pets4Homes two days after he was stolen but haven’t had any clues to where he is now.

Charlene said: ‘It’s frustrating because we have handed over so much evidence. We have had messages saying cats are being sold again.

‘It’s frustrating someone can do it and get away with it. Benson is still traumatised and Jodie’s kids are beside themselves because they don’t know where [Arlo] is. 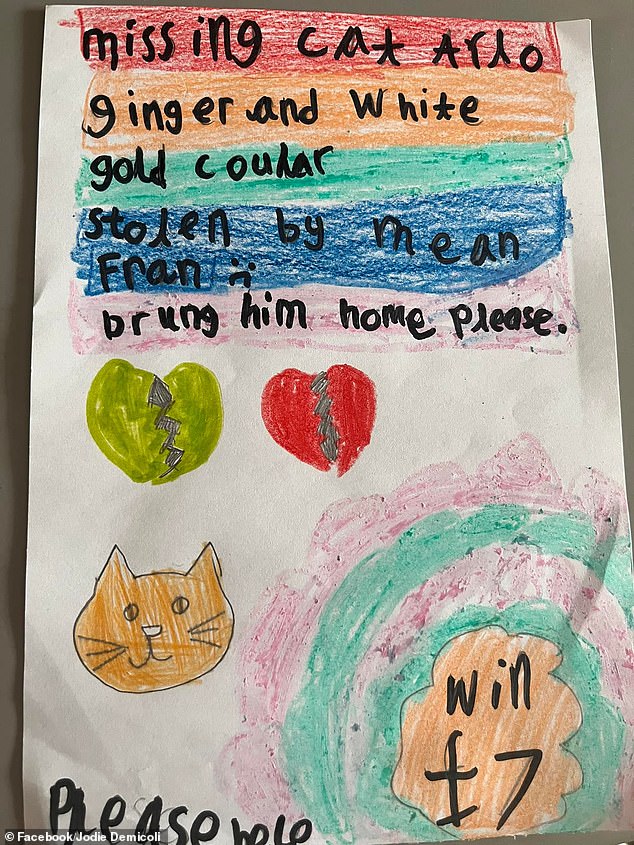 ‘I think people buying any kind of cats on pet sites need to be careful and get them checked for chips. People are buying these pets and not checking if they have been stolen.’

Charlene and Jodie have launched a Facebook page to try to get Arlo home and are appealing for anybody with information to come forward.

They have also launched a campaign for an ‘Arlo’s law’.

West Midlands Police have been contacted by MailOnline for comment.