Two serving police officers are being investigated over claims they moved a suicide victim into poses before photographing the body and then sharing the images and a video online.

The officers serving in the Police Service of Northern Ireland (PSNI) were at the scene when the body of the man, from Belfast, was discovered in 2017.

The victim’s sister told BBC NI Spotlight that her brother’s genitalia had been exposed in one of the pictures, adding: ‘No family should have had to endure the pain and suffering that has been caused by these images.’

It has also been claimed that one of the officers added a speech bubble to a photo taken of her brother ‘making fun of the way that he was’, before sharing the image on social media. 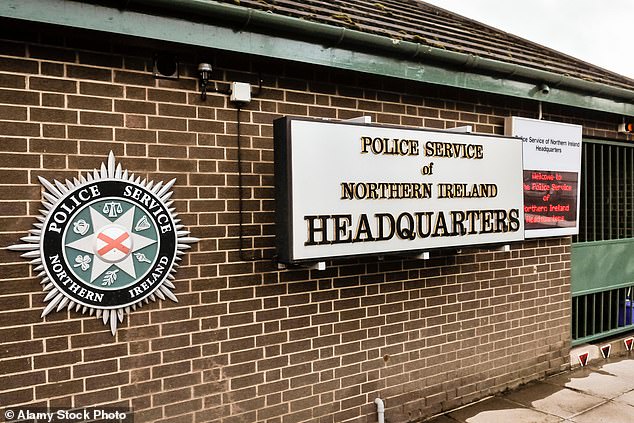 The officers serving in the Police Service of Northern Ireland (PSNI) were at the scene when the body of the man, from Belfast, was discovered in 2017. The two are being investigated over claims they moved a suicide victim into poses before photographing the body and then sharing the images and a video online

The devastated sister believed the word ‘taig’, a derogatory term for Catholics, had been among the words used.

It is part of a wider investigation, which is covering 11 separate but related incidents over several years and concerns a variety of possible offences including misconduct, harassment and the suspected supply of drugs.

According to NI’s Police Ombudsman Marie Anderson, there have been several resulting arrests. ‘There are multiple suspects, including police officers and civilians, in Northern Ireland as well as in England,’ added Ms Anderson.

The case of the manipulation and photographing of the suicide victim was described as ‘harrowing’ by Ms Anderson. ‘No family should have had to endure the pain and suffering that has been caused by these images,’ she added.

His loved ones have spoken anonymously to BBC NI’s Spotlight team about how the alleged actions of the two officers have worsened their trauma.

Only finding out about the allegations from Police Ombudsman investigators 18 months after his son’s death, the man’s father said he felt ‘physically sick to this day’.

‘Those police officers were in the house while I was there – asked me to leave the room – and I done everything they asked me to at the time,’ he said. ‘And all that keeps coming back to me is why did I leave the room, because that must have been when they done it, when they took the photographs.’

The family’s lawyer his compared this case to that of the two Met Police constables jailed for photographing murdered sisters Nicole Smallman and Bibaa Henry and then sharing the images.

Nicole Smallman, 27, and Bibaa Henry, 46, were stabbed to death by Danyal Hussein, 19, in Fryent Country Park in Wembley, north London, last June, while out celebrating a birthday. 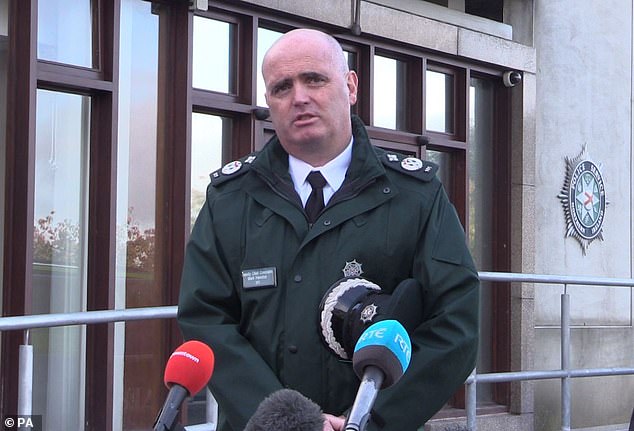 Instead, they breached the cordon to take photographs of the bodies, which were then shared with colleagues and members of the public on WhatsApp.

Both have been jailed for two years and nine months each.

In the case of the two Northern Irish police officers, no charges have been brought against either in the five years since the victim’s suicide. However, a file has been sent to the Public Prosecution Service (PPS).

The Police Ombudsman Marie Anderson, said: ‘After the criminal aspects have been concluded, I will consider recommendations to the Chief Constable in terms of disciplinary action.

‘All of those impacted by these incidents can be assured that we have given this case the priority and meticulous attention that it deserves, and we will continue to do so.’

‘Breaches of the law and the code will be thoroughly investigated and robustly dealt with in accordance with the procedures laid out in our conduct regulations.

‘You can be assured that the matter will be investigated thoroughly.’

For confidential support call the Samaritans on 116123 or go to samaritans.org