A radio presenter has been cleared of sexually abusing a 14-year-old boy 40 years ago – when he was aged 20.

Kevin Johns, 60, maintained his innocence and called the allegations ‘nonsense’ after he was accused of grooming the child in Swansea in the 1980s.

He denied ‘selfishly and arrogantly’ grasping an opportunity for sexual gratification with the teenager.

When his barrister Matthew Roberts asked whether he was guilty, he told a jury at Caernarfon Crown Court: ‘Not at all, no.’

Mr Johns, who has worked for the BBC, hosted a breakfast show on Swansea Sound for 25 years. He organised charity events in the city and at Swansea City FC, and appeared as panto dame in Peter Pan at his local Grand Theatre.

He was awarded an MBE for services to charity in Wales in 2013. 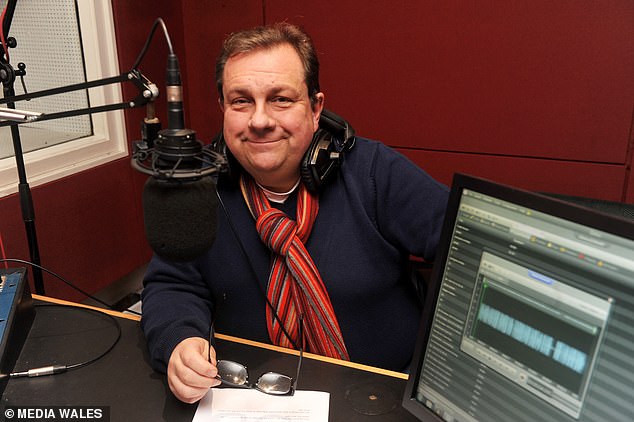 Kevin Johns (pictured in 2018), 60, maintained his innocence and called the allegations ‘nonsense’ after he was accused of grooming the child in Swansea in the 1980s

He said also hosted events when the public and police were honoured for bravery and fundraised for Childline and the NSPCC.

Mr Johns was asked to work at a church in Liverpool after a spell at London Bible College. He was later transferred to Colwyn Bay.

Prosecutor Elen Owen told the former preacher: ‘Your sins have found you out?’ He said: ‘No.’

Counsel said his alleged victim described the process where an adult ‘grooms’ a child.

Mr Johns said: ‘All my life I have worked and fought to protect children from situations such as this. It wasn’t me.’

The defendant became emotional as he was quizzed by the prosecutor. He said: ‘Why do you say these things?’

He added in response to a question: ‘I feel sorry for anyone who has been through that situation. But it was nothing to do with me.’ 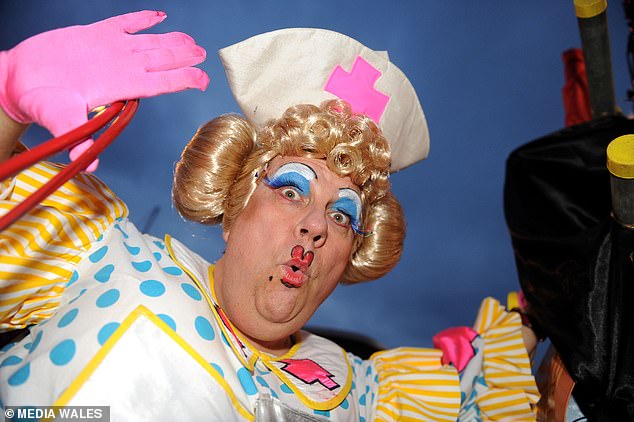 Mr Johns as a panto dame in 2014. Judge Timothy Petts told him: ‘You leave with your good name intact and without a mark on your reputation’

He denied being the alleged abuser and said the complainant was lying.

In a video interview the alleged victim described how Mr Johns began talking to him and asked if he had a girlfriend and whether he ‘played with himself’. The alleged victim said he was ‘totally naive’ and didn’t know what was going on.

He said Johns began ‘pushing the boundaries’ and had a ‘certain charm and persuasiveness about him’.

A friend and colleague of Mr Johns described him as a ‘kind, genuine and lovely person’ in court.

Sharon Roberts, who runs Swansea’s Harry’s Youth Theatre which Mr Johns is a patron of, said she has known Mr Johns for 15 years as a friend and ‘theatrical colleague’. 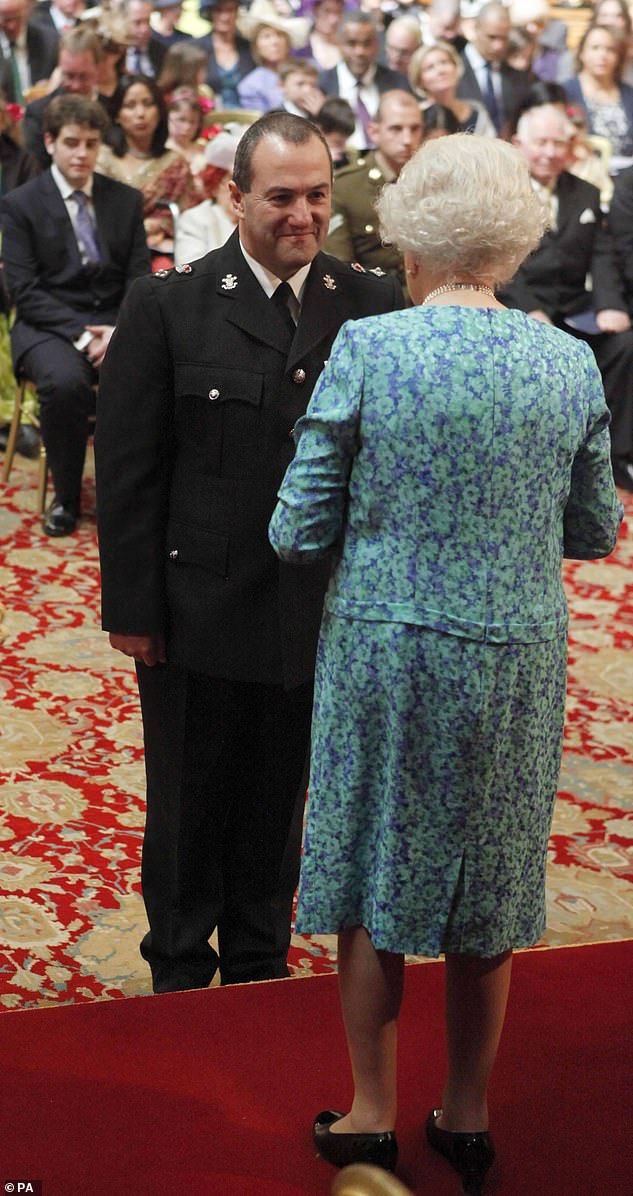 Mr Johns was awarded an MBE for services to charity in Wales in 2013. Pictured, with the Queen

Asked to describe the defendant she says he is ‘kind, genuine, a lovely person, very intuitive, very professional’. She says she has never had any doubts or concerns about the defendant’s behaviour around children, either the youngsters in the musical theatre group – who range from ages three to 21 – or her own children.

Former chief superintendent Mark Mathias, who served 33 years with the force including time in CID where he investigated serious sexual offences, said Mr Johns’s dedication to the communication was ‘absolute’.

Councillor David Hopkins told the jury he has seen Johns’s work in the community over the years from helping at food banks to hosting charity events, the annual civic pantomime, and his involvement with Swansea City FC. He described him as ‘a true friend, a true professional’.

Mr Johns whispered to the jury from the dock after being cleared: ‘Thank you, thank you.’

Judge Timothy Petts told him: ‘You leave with your good name intact and without a mark on your reputation.’

Outside court, his solicitor Matthew Murphy said : ‘A special thanks must be given to the countless people who have supported Mr Johns, especially those who have provided witness evidence for him.

‘The kind wishes he has received from across the community have kept him going through these darkest of months.

‘The nature of these allegations sicken Mr Johns to the core. They go against everything that he stands for.

‘He has always denied these offences and has never shied away from defending himself in these proceedings and the initial police investigation.

‘He is thankful that finally, he is exonerated. Mr Johns and his family would ask for time to reflect, regroup and consider his next move. These proceedings, by their very nature, have had a catastrophic effect on Mr Johns’s life and career. ‘