Prince Andrew has said there is ‘no reason’ why business cannot flourish after Brexit and does not think it will hurt the UK’s close relationship with the United States.

The Duke of York made the comments at an event called [email protected], which he founded, and helps entrepreneurs connect with investors and other business people.

The 59-year-old said he sees ‘no reason’ why businesses in the UK can’t survive in a post-Brexit landscape. 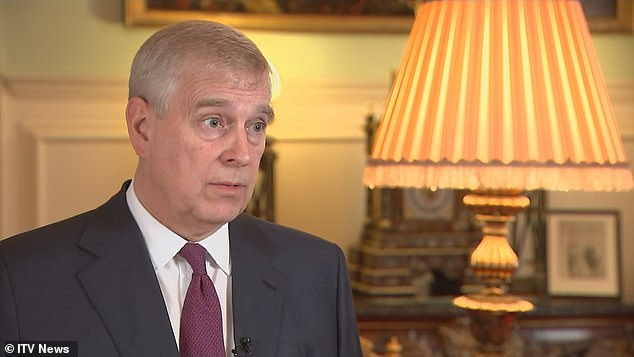 The Duke of York made the comments at an event called [email protected], which he founded, and helps entrepreneurs connect with investors and other business people

He told ITV News: ‘Businesses we see could be successful either inside a large internal market, or operating in an even larger external market.

‘There are swings and roundabouts to all these sort of things.’

The Duke of York also commented on the controversial recent UK visit of US President Donald Trump, and said Brexit would make ‘no difference’ to ongoing relations.

He added: ‘The conversations that were had were entirely constructive and positive – from both the President, Prime Minister and ministers on both sides.

‘I got a sense it made no difference whether we were staying in or leaving, there was still going to be a very close relationship with the United States on a whole range of issues – not least in the business world.’ 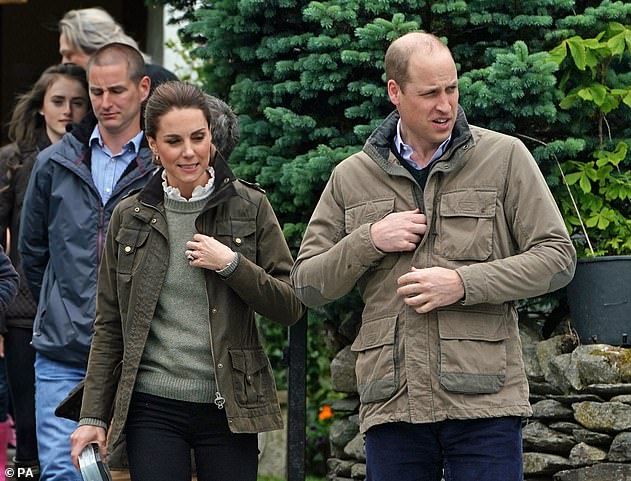 The Duke and Duchess of Cambridge during a visit to Deepdale Hall Farm, a traditional fell sheep farm, in Patterdale, Cumbria. Farmers they visited had concerns about a No Deal Brexit

He said the state visit showed ‘on the widest scale’ the bond between the UK and the US remains ‘sound and good’ and that he believes it will stay that way ‘regardless of whether we stay in, or leave, the European Union.’

This Royal intervention comes shortly after the Duke and Duchess of Cambridge heard from locals in the Lake District yesterday who are deeply concerned about a No Deal departure from the EU.

In Ullswater, chatting with farmers, they heard that under the worst possible terms of a no deal Brexit the prospects for farmers are ‘absolutely dire’.

They said they would face 40 per cent tariffs, a fall in exports, and an end to farming subsidies from the Common Agricultural Policy and the Duke and Duchess nodded.

Earlier the Prince asked a family of farmers around their kitchen table: ‘Is Brexit a big concern?’

One replied: I was very surprised that farmers voted for Brexit, to be honest. It was like turkeys voting for Christmas’.