After spending the entire week on a variety of golf centred activities in Northern Ireland, including congratulating the winners of his 2019 Duke of York Young Championships, Prince Andrew is expected to return home this weekend.

The Duke of York, 59, was seen awarding the trophy over to champion 17-year-old Conor Gough, the youngest golfer to ever compete in the competition yesterday while scrutiny over his friendship with paedophile Jeffery Epstein continued.

Prince Andrew took to social media to share a picture of the talented young champion with the caption: ‘Congratulations to the 2019 #DOYYCT competitors! After three days of competition at Royal Portrush Golf Course, Conor Gough of England was crowned the 2019 Champion.’ 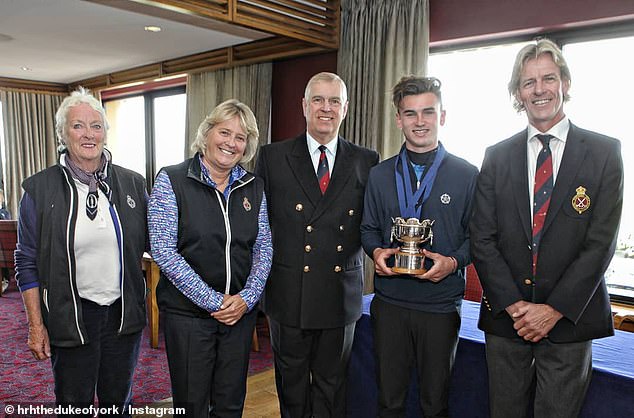 Prince Andrew the Duke of York, 59, is seen with 2019 Duke of York Young Champion Conor Gough, 17

The three day competition saw 66 of the world’s best junior golfers from 35 countries battle it out at Royal Portrush golf course in Northern Island to become the Duke of York Young Champion.

The first golf engagement of the week long royal golfing duty was on Sunday September 8 when he attended a tournament at the Royal Liverpool Golf Club, Wirral, to mark its 150th anniversary. 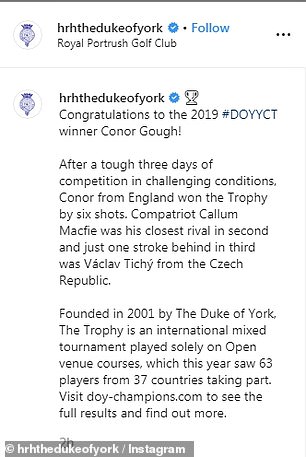 Soon after the Prince stopped to watch U.S. and UK golfers compete in The Walker Cup in Hoylake, Merseyside, before crossing over to NI for the week.

A number of other invites were extended to Prince Andrew to attend in NI before scandal surrounding the prince’s friendship with paedophile Jeffrey Epstein seemingly caused them to be retracted due to possible bad publicity.

Sky News reported that event organisers feared the Duke’s presence would ‘change the narrative’ of the events.

The billionaire reportedly flew into the UK to attend the luxurious Victorian themed party at Windsor castle in 2006, according to royal sources.

Epstein attended the £400,000 party with then partner Ghislaine Maxwell.

Also said to be in attendance was disgraced movie mogul, Harvey Weinstein.

Prince Andrew is set to resume his duties in England on Monday, hosting The Duke of York Award for Technical Education at St. James’s Palace. 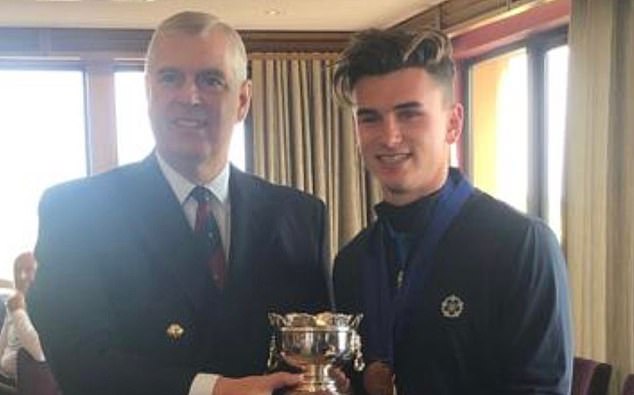 Prince Andrew the Duke of York, 59, is seen handing the 2019 Duke of York Young Champions Trophy to Conor Gough, 17 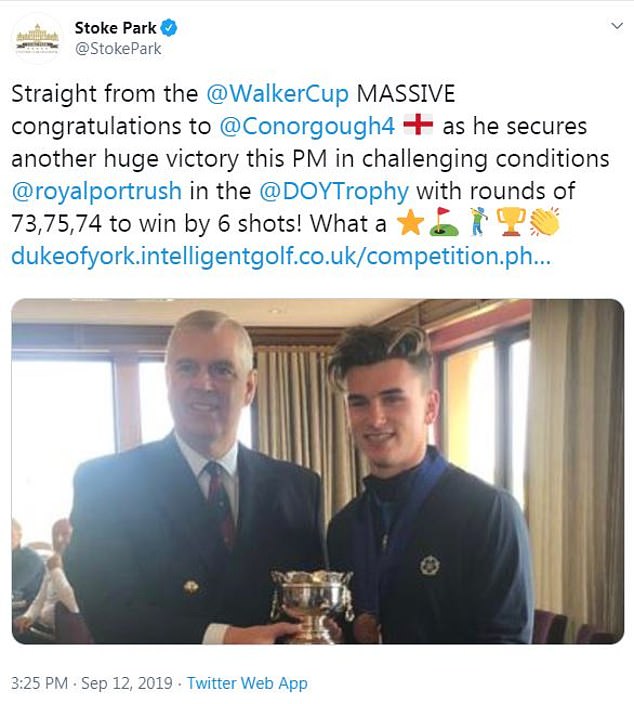 Stoke Park, a golf course in Slough, tweeted congratulations to the young winner

A spokesperson at Buckingham Palace said: ‘The Duke of York this week undertook a full programme of engagements in Northern Ireland as founder of The Duke of York Young Champions Trophy.

‘The Duke’s next engagements will be on Monday, 16th September, when he will host The Duke of York Award for Technical Education at St. James’s Palace, as Patron of the Baker Dearing Educational Trust.

‘His Royal Highness, Patron, will also host a reception for Sound Seekers at Buckingham Palace.’

The Duke of York was seen laughing and joking with a top celebrity lawyer and ‘reputation management’ expert Paul Tweed on his arrival to Northern Ireland last Monday, where he carried out official duties at a golf tournament. 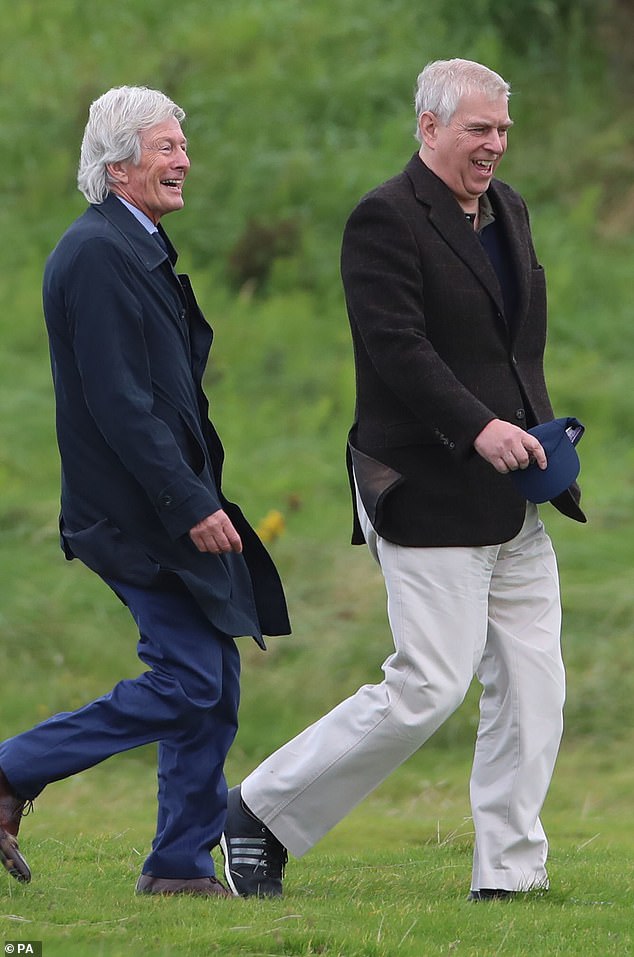 After arriving at the Royal Portrush Golf Course in County Antrim, which recently hosted The Open, he was welcomed by officials before taking a tour of the seaside venue.

Mr Tweed is a family friend and has previously worked with Sarah, Duchess of York, alongside A-listers such as Liam Neeson, Justin Timberlake and Jennifer Lopez.

The pair are acquaintances and it is believed Mr Tweed is not working for the Prince or Buckingham Palace. 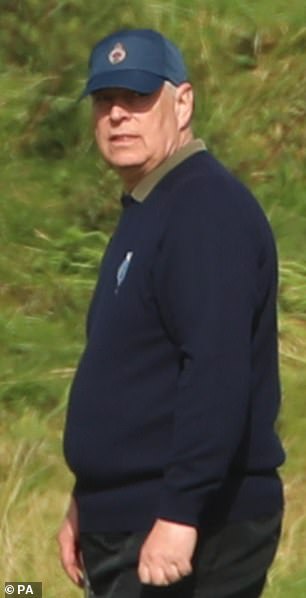 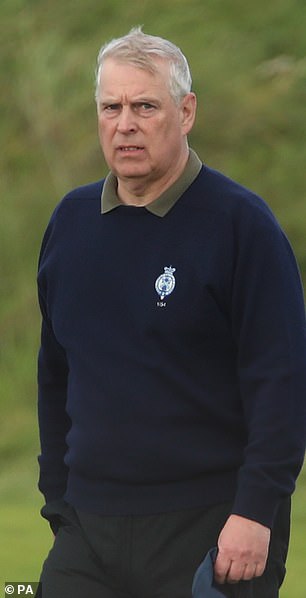 The Duke of York Young Champions Trophy was founded in 2001. The visit followed only two other public appearances by the 59-year-old royal earlier this month 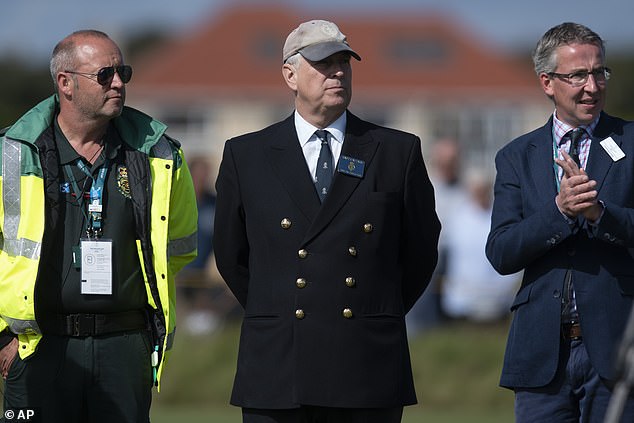 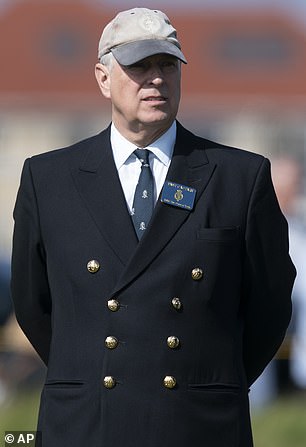 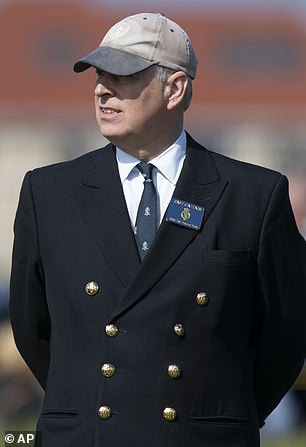 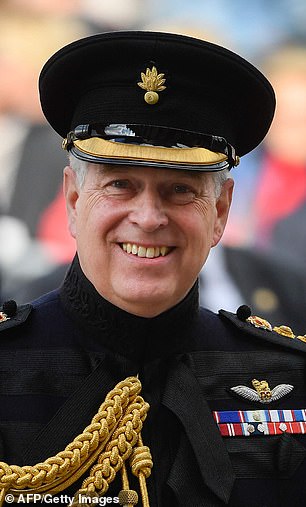 Later in the afternoon he was seen taking on the course himself, spending most of the day there, before departing at around 4pm.

The trip coincided with the Duke’s attempt to shake off questions over his friendship with disgraced billionaire Jeffrey Epstein, who was found dead in a US prison last month while awaiting a court hearing over sex trafficking charges.

Earlier last week Prince Andrew travelled to Bruges to mark the 75th anniversary since the liberation of the Belgian city by the Allies.

The Duke was present in his role as Colonel of the Grenadier Guards and laid a wreath at the Bruges Charles II memorial.

That was his first major international event since the scandal broke over his friendship with Epstein.

For example, Andrew had been due to see a refurbished railway station in Portrush, the same town as the golf tournament in Northern Ireland, but in the wake of the scandal the hosts reportedly withdrew the invitation.