EXCLUSIVE: Prince Harry’s polo chum stopped at airport on suspicion of being a mercenary in war-torn Libya after Maltese police challenged claim he was on mission to deliver medical training

One of Prince Harry’s closest friends has been stopped by security officials on suspicion he was working as a mercenary in war-torn Libya.

Former cavalry officer Jack Mann was questioned by Maltese police, who challenged his claim to be on a mission to deliver medical training.

Maltese police confirmed to the Mail that they ‘spoke to the passengers for clarification of the proposed activities in Libya’ and that no further action was taken.

According to local reports Mr Mann was stopped moments before he was supposed to board a private jet bound for the North African state. 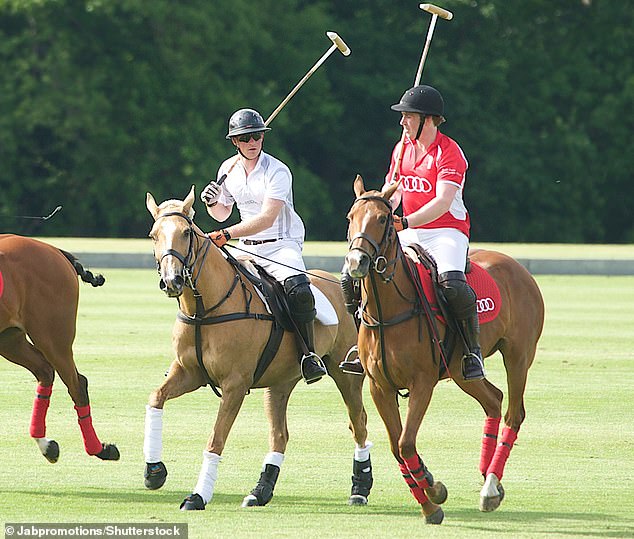 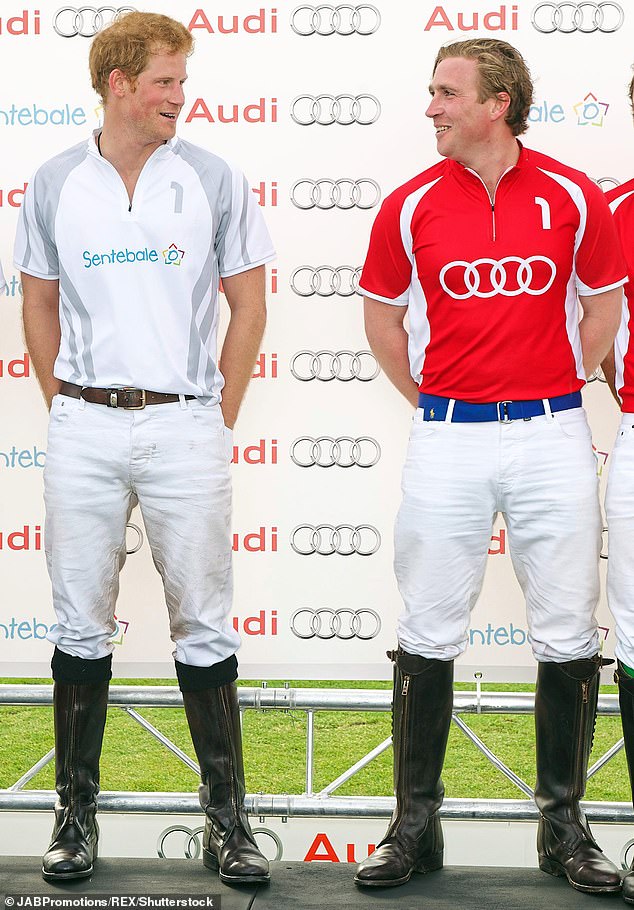 Mr Mann recently appeared in the fourth episode of the Sussexes’ Netflix documentary series Harry & Meghan. Pictured: Harry and Mr Mann at a polo match in Ascot in 2015

Libya has been ripped apart by conflict since the Arab Spring of 2011 and the death of dictator Muammar Gaddafi later that year.

The Foreign Office advises UK citizens against any travel there. Sanctions are also in place which restrict the activities of British companies in Libya.

Thousands have died in fighting between factions seeking to control the country, which has the ninth largest oil reserves in the world. 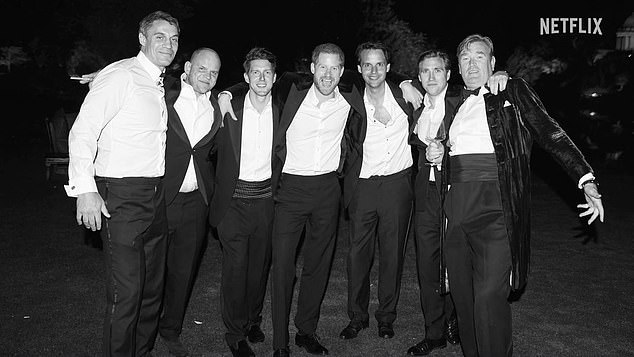 Mr Mann was photographed among a group of wealthy and privileged men who make up Harry’s inner circle. Pictured: The Duke of Sussex, centre, with Jack Mann, second to right, and other friends at Harry’s wedding in May 2018

Mr Mann recently appeared in the fourth episode of the Sussexes’ Netflix documentary series Harry & Meghan, which included previously unseen pictures of the couple celebrating at their wedding reception.

Mr Mann, who befriended the prince at the Royal Military Academy Sandhurst, was photographed among a group of wealthy and privileged men who make up Harry’s inner circle. They partied long into the night at Frogmore House near Windsor Castle with celebrities such as Elton John and Serena Williams.

Prince Harry’s friend is also the son of SAS officer turned mercenary Simon Mann, whose alleged bid to overthrow the government of Equatorial Guinea in 2004 led to a five-year stint behind bars.

Sir Mark Thatcher, the son of former prime minister Margaret Thatcher, admitted unwittingly being a financier behind the attempted coup. He said he was misled by its organisers. 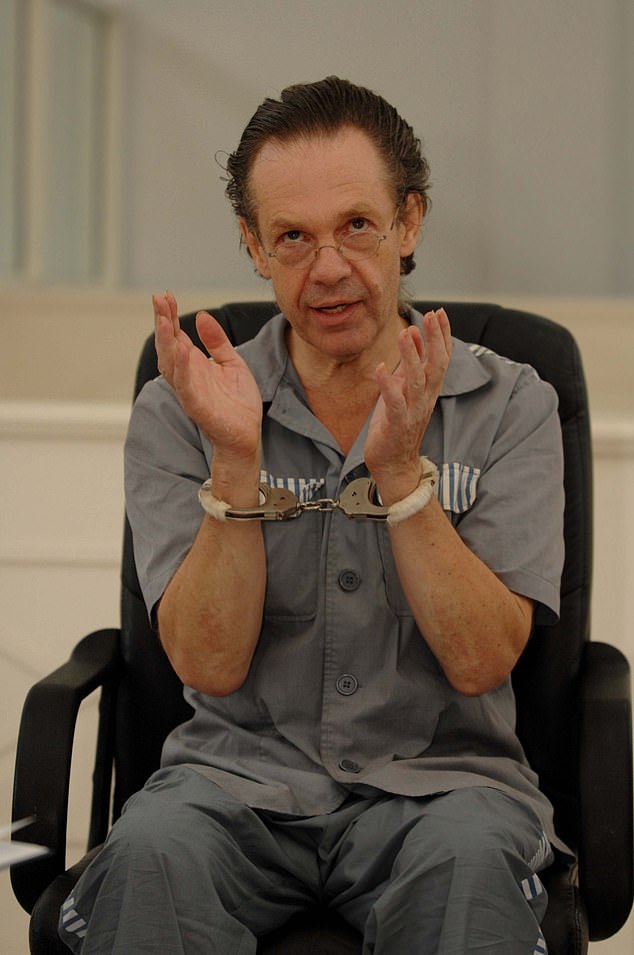 Prince Harry’s friend is also the son of SAS officer turned mercenary Simon Mann, pictured, whose alleged bid to overthrow the government of Equatorial Guinea in 2004 led to a five-year stint behind bars

Jack Mann, who served with the British Army in Iraq and Afghanistan, set up the private security company Alma Risk in 2015. He previously worked in Libya as country manager for another UK security company, Aegis Defence Services.

Mann and his colleagues, including other former British soldiers, were stopped at an airport on the Mediterranean island, which is 223 miles north of Libya.

A Maltese source told the Mail: ‘On December 10 they were prevented from boarding a private jet on suspicion they were mercenaries. The air crew suspected their claim to be travelling to Libya to offer medical training was false.’

Last night Mr Mann said: ‘We did not continue the journey from Malta [to Libya] on the advice of Maltese immigration to rectify our paperwork before travelling onwards. The issue was resolved within five days and the United Nations has confirmed there was no breach of sanctions. They [Alma Risk] are free to deliver the training.

‘I have visited Libya previously in my role as a private security consultant. Any suggestion this project involved “mercenaries” is categorically untrue and would be damaging to me personally and professionally.’

The Mail has learned the Libyan paperwork carried by Mann and his British colleagues was looked at by the authorities. According to senior Maltese sources their documents, provided to them by their hosts in Libya, said the private security team would be visiting the country to provide ‘advanced anti-terrorist training’ to Libyan Special Forces.

Mr Mann’s party were adamant they were only visiting Libya to provide medical training, which is permitted under UN guidelines.

The UN mounted a brief investigation at the behest of the Maltese and more paperwork was provided by Mr Mann’s Libyan hosts confirming that they were visiting the country to provide medical training.

A Maltese source said: ‘The paperwork from the Libyans was badly worded. It made it appear they were going to breach the rules. We subsequently established this was not the case and the documents were misleading.’