Property industry leaders have criticised planned hikes on stamp duty and land tax in this week’s Victorian state budget as “short-term gain for long-term pain” that would worsen housing affordability.

The Victorian government is set to reveal the changes to property taxes in next Thursday’s state budget, which would raise $2.4 billion for the state over the next four years.

Developers and land speculators who reap windfall gains when their property is rezoned will be hit with a 50 per cent tax if the gain is worth $500,000.

The brunt of the new tax increases would be worn by top-end landlords, with the state’s land tax haul to lift by more than 10 per cent, and stamp duty to raise $761 million by adding a premium to stamp duty payments for property transactions valued at more than $2 million.

Announcing the move on Friday night, Treasurer Tim Pallas said the changes were about “making sure that everyone pays their fair share to support Victoria’s economic recovery,” and that “more Victorians can have the schools, hospitals and support they need and deserve”.

Danni Hunter, the executive director of the Property Council of Victoria, said the “lazy, inefficient taxes” would make it less attractive to create new housing which is desperately needed to keep housing prices affordable.

“Tax hikes will cheat Victorians out of the economic recovery we are just starting to enjoy,” she said. 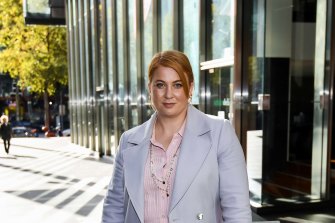 “Victoria’s competitive advantage will be lost to other Australian cities like Brisbane and Adelaide where state governments are rolling out the red carpet to welcome new investment because they know it’s good for jobs.”

Urban Development Institute of Australia in Victoria chief executive Matthew Kandelaars said the new measures were not targeted at the ultra-rich and would be passed down to “hurt Victorian families at every level of the housing market”.

“The truth is, house prices are high and rising because government taxes, charges and levies are high – a situation made even worse by today’s announcement,” he said.

“This is a classic case of short-term gain causing long-term pain – it’s a sugar hit that will lead to a bellyache.”

Mr Pallas was expected to speak to the media on Saturday morning.

In another measure, the Victorian government says it would strip $1 million in land tax concessions from private men-only clubs, saying gender-exclusive establishments have been getting tax breaks meant for non-profit groups “while discriminating against half the population”.