‘Wear your skirts with pride girls!’ Campaigners condemn secondary school and tell pupils to SUE after it banned ALL pupils from wearing skirts to create a more ‘gender neutral’ uniform policy

Campaigners have condemned a secondary school and encouraged pupils to sue after it banned all pupils from wearing skirts to create a more ‘gender neutral’ uniform policy.

Parents and politicians slammed the major changes at Tiverton High School in Devon after telling pupils they made ‘modifications’ to its school uniform and starting times.

Angie Rayner, former representative for Reform UK, said that girls should ‘proudly’ wear their skirts and ought to take legal action against the school if they try and expel them.

The new rule states all pupils must wear trousers when they return in September, due to a persistent problem of skirts being worn shorter than rules permit.

Currently skirts are allowed but the new rules are being enforced to create a ‘more gender-neutral uniform policy,’ though skirts will still be able to be worn for PE.

But the school has faced an uproar over the uniform changes. 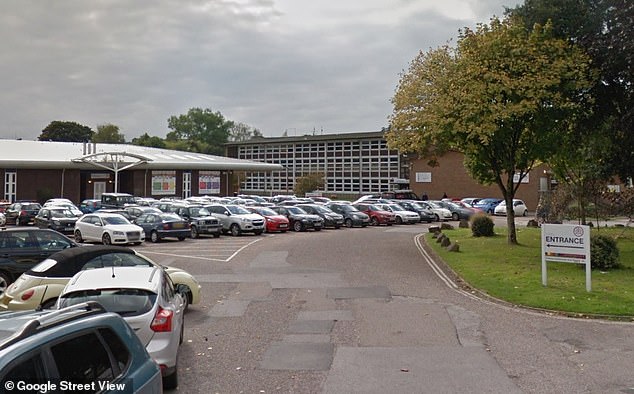 Tiverton High School (pictured) announced that all pupils will be banned from wearing skirts, as well as telling parents that the school day would begin 30 minutes earlier at 8:30am

Newquay Council’s former representative Ms Rayner said that girls should be allowed to wear their skirts, while parents said pupils have not had an opportunity for their views to be heard.

The former councillor wrote on social media: ‘What if a transgender from boy to girl wanted to wear a skirt? School would soon back down then!

‘Wear your skirts proudly girls then sue the school Tiverton High School and the Devon education authority if you get expelled!’

But she failed to gain enough support in the area during the 2021 election and polled just four per cent of the votes.

Reform UK is the national party which grew out of the former Brexit Party led by Nigel Farage – and she was one of the first candidates from the offshoot to stand in Cornwall. 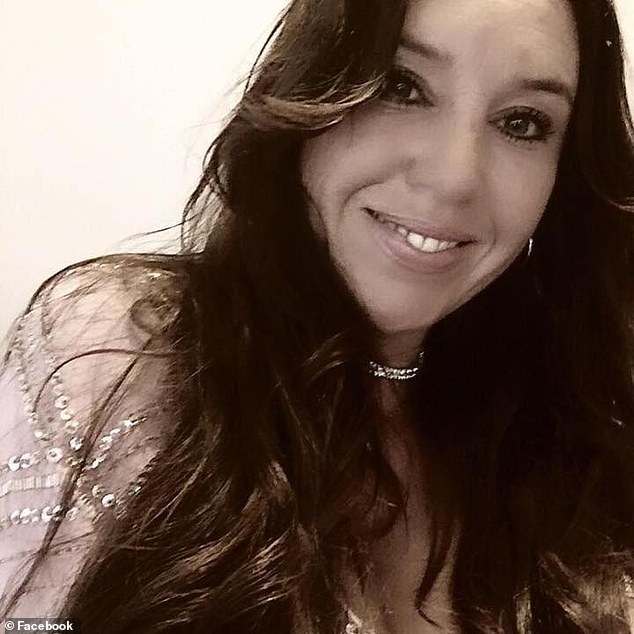 Reacting to the uniform changes, another person added: ‘How is that gender neutral.

‘Surely letting pupils choose what they feel happy wearing whether it be a skirt or trousers would be a more realistic ‘gender neutral’ approach.’

A second wrote: ‘This is ridiculous, all genders should be allowed to choose either.’

Parents with children at Tiverton High School were also told the school day will begin 30 minutes earlier with a 8.30am start.

Other changes announced include making reducing lunch times from 45 minutes to half an hour with two break times of half an hour each being introduced.

Lessons are also being made longer by reducing the number each day from six to five.

One concerned woman on social media said: ‘I’m more concerned about the shortened lunch break and the longer lessons.

‘First, it’s bad for digestion, health and social time. And we wonder why children are stressed.

‘Second, most people can’t maintain effective concentration for more than 45 minutes at a time, so the last 10 minutes of each lesson will be wasted.’

In a letter, headteacher Sammy Crook said: ‘We will follow other secondary schools in implementing a more gender-neutral uniform policy. 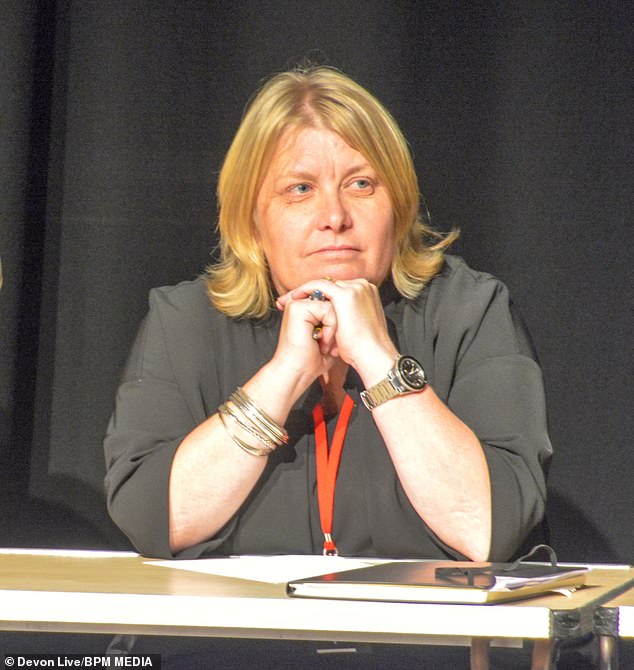 ‘Parents/carers will be pleased to know that the majority of the uniform will remain as it is, with the exception that from September all students will be expected to wear trousers.’

Regarding the school times changing, she added: ‘We have liaised with Devon County Council to ensure that those students who travel by school bus are accommodated.

‘Further details about how the school day will work for each year group will be shared with students and parents/carers over the coming weeks in preparation for September 2022.’

Among the parents angry about a lack of consultation over the changes is Stephen Moakes.

He said: ‘As a parent, I have concerns about the proposed changes THS are making for September 2022. These have been made without any consultation with the pupils or parents and are simply being imposed.

‘While I accept an element of rules and policies need to be made, I feel that as a school that encourages its pupils to be engaged and have a voice this seems to be a complete lack of democracy by not allowing the established pupil forums to have input on school uniform changes, start/ finish times of school day, reduction in lunch break etc.

‘Equally what about consideration for parents who have to consider morning wake up, breakfast and drop off routines possibly including siblings at other schools. Certainly those travelling significant distances on school buses will be most affected.

‘The school day hasn’t actually been lengthened as per government guidance, but merely an earlier start and finish time. I just feel these changes have not been thought through and the children especially have not had an opportunity for their views to be heard.’

The school has explained the reasons why it has not consulted on the changes.

Mrs Crook told Devon Live: ‘We never take decisions like this lightly and go through a detailed process over time in order to come to the right conclusions for our students and the school; decisions that meet our legal obligations, and the standards expected in secondary education. This change to uniform policy has the approval of our governors, and balances the demands placed on us in matters including standards of education, parental cost, inclusivity and student health.

‘It has proven time consuming and frustrating for staff to enforce in-school and is beyond our control out of school. We wrote to parents in November about our concerns and expectations around skirts, and in January we held a series of assemblies with all year groups about skirts, advising them that unless the uniform policy was properly observed we would move to an all trousers policy.

‘Our current policy has allowed girls to wear trousers, which many do already, and boys have been able to wear skirts if they want to. Trousers also standardise how our students dress, so that we and they can focus on what we consider to be our primary objective: learning.

‘We have not limited availability of trousers to one brand, and have made suggestions that give parents options around price and fit, and on the whole trousers should prove a cheaper option than skirts. Our Year 10s are also working on a project to source further options that overcome personal demands for clothing that’s sustainably and fairly sourced.

‘It is in our existing policy that shorts can be worn in the summer term and this will not change, and there is no change to our policy around sports skirts. We will consider and respond to individual circumstances, as we have always done, where there is medical or other need.’

Regarding the school day timing change, Mrs Crook said: ‘We are making the changes to the timetable overwhelmingly in the interests of students’ learning, aligning our offer with the recent government white paper. The changes are also a positive step in supporting the safety of students during the winter, and providing access to extra-curricular opportunities.

‘Changes such as this are not something we need to consult with parents on, but we have been mindful of the changes and how they may affect parents and have consulted with local transport providers. For parents who have issues around the new timetable that prove difficult to resolve, we will provide as much support as we can.’