The head of Victoria’s law reform commission says the time has come for a new approach to justice for victims of sexual assault, with the attorney-general and police backing reform ahead of a critical report being handed to the state government.

Called restorative justice, the process brings together people affected by an offence – such as victims, perpetrators and their families – to resolve and deal with the aftermath.

Restorative justice can take different forms, including a facilitated conversation between the person harmed and those responsible, or through group conferences, and can work alongside, within, or as an alternative to a criminal justice process.

The approach has been used before. The state’s Justice Department has a restorative justice program for family violence victims, the Collingwood Neighbourhood Justice Centre runs another for youth offenders, and corporate Australia, including mining giant BHP, are investigating restorative processes for employees who have been sexually harassed.

“The time has come for restorative justice,” Mr North said.

“We’ve seen widespread support in the submissions, and from all sorts of sectors, and from people who have experienced sexual violence.”

Research from the Sentencing Advisory Council found that while reports of sexual offending to police have increased in the past decade, the number of offenders sentenced remained the same.

Mr North said the limitations of the criminal justice system were there for all to see. Delay and cross-examination can re-traumatise complainants and even when the system operates at its best, victims are bystanders in a process focused on the accused.

“The problems are really very, very deep-seated and difficult to resolve primarily because the criminal justice system requires proof beyond reasonable doubt in a situation where it’s word against word,” Mr North said.

Restorative justice is expected to form part of a key recommendation of the commission’s soon-to-be-released report on the justice system’s response to sexual offences.

The report comes at a critical time, when a call for change in how sexual assault is viewed, treated and dealt with has come from Australian of the Year and survivor Grace Tame, within Parliament following allegations made by former Liberal staffer Brittany Higgins, and in schools where students have been calling for better education on consent and sex.

The approach has attracted support from authorities at the centre of the criminal justice system, as well as victim advocates such as Sexual Assault Support Services Victoria.

Attorney-General Jaclyn Symes said a criminal justice system that holds perpetrators to account was critical, but it was not the type of justice every survivor sought.

“It is clear that the way sexual offending is dealt with needs to change – as we bring this heinous behaviour into the spotlight, it should follow that our justice system looks at different ways to support victim-survivors,” Ms Symes said. 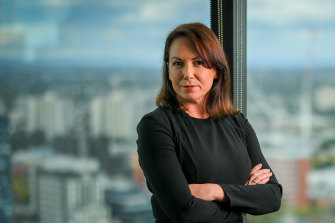 Ms Symes said a restorative justice model with proper safeguards and guidelines could be a way forward, but extensive consultation would be needed before any model is implemented.

In submissions to the law reform commission, Victoria Police was generally supportive of restorative justice for offending when it supports a victim-survivor’s sense of justice.

The County Court said the process has the potential to play a role in sexual offences in some matters, including historical offending when a victim is primarily seeking acknowledgement of what was done to them.

Such a model could be an option for survivors who were abused by a member of their family who do not want a criminal investigation.

“There’s been this general view that what all victims want and need is longer sentences imposed upon perpetrators. That ignores the holistic justice needs for many victims, which includes voice, validation, information, accountability, prevention, relationship repair and resolution,” Mr Hulls said.

“Restorative justice should be embedded as an option for victims right across our justice system.” 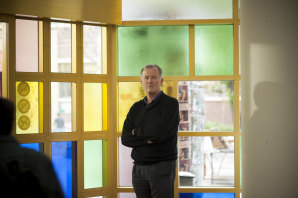 Rob Hulls, the director of the Centre for Innovative Justice.Credit:Josh Robenstone

The centre is currently working with BHP to investigate how restorative responses to sexual harassment and assault could be introduced for company employees. The centre has also worked with RMIT University to respond to historic instances of sexual harassment of students.

Victoria Legal Aid program manager of indictable crime Emily Allan said at the moment, the only pathway was the “blunt instrument of the criminal justice system”.

“This is the next sophisticated step, that we’ve seen work in other jurisdictions, that is missing from our landscape,” Ms Allan said.

The ACT government runs restorative justice for victims of sexual assault, as does New Zealand, where a restorative process is offered to victims of all crimes unless they opt out.

Law Institute of Victoria president Tania Wolff said the traditional adversarial system would never be replaced and while restorative justice was not appropriate for all matters, she backed a model for Victoria.

”Contrary to some impressions, it is not a ‘soft option’ – the process requires accountability that is not always available in the criminal law process.“

Kathleen Maltzahn, the new chief executive of Sexual Assault Services Victoria, stressed the rights and interests of victim-survivors must be at the centre of any restorative justice process, it must be properly resourced, and didn’t become a “cheap, quick alternative to criminal proceedings”.

But she said she saw the power in restorative justice and believed now was a good time to seriously look at how it could be implemented in Victoria.

“I think in the past, some of the difficulty has been that while you had … a culture that minimised sexual violence and blamed victims-survivors, you couldn’t really have a supported restorative justice approach because you have to be genuinely recognising the impact of sexual violence before you can look at restoration,” she said.

“Now I think culturally there’s a change, we’ve seen governments taking sexual violence more seriously and more seriously centring the rights, recovery and restitution of victims-survivors. In that context, yes, I think it really makes sense that we can do that now.“

Other criticisms of restorative justice includes the risks of decriminalising sexual violence, forcing the crime back behind closed doors, and compromising the rights of offenders.

Victoria Police also warned that the risk of traumatising of survivors further needed to be effectively managed through proper screening and oversight, and said the process may exacerbate pre-existing power imbalances between some offenders and victims.