One of the deadly tornadoes that erupted under the cloak of darkness overnight Friday into the early hours of Saturday, leaving at least 70 dead, may have set the record for the longest continuous tornado in American history.

The devastating outbreak, which included more than 30 tornado reports across six states stretching across the Mississippi Valley, Southeast and Midwest, is also an extremely rare event this late into the year.

One tornado, being called the "Quad-State Tornado" ripped across four states in four hours (Arkansas, Missouri, Tennessee and Kentucky), slamming communities such as Monette, Arkansas, and Mayfield, Kentucky, which were two of the hardest hit towns.

There were at least eight tornado emergencies issued, a designation which is reserved for the most life-threatening tornado events when a confirmed large and dangerous tornado is headed toward people.

The tornado that devastated the town of Mayfield was produced by a parent thunderstorm that traveled more than 230 miles across four states over the course of four hours. 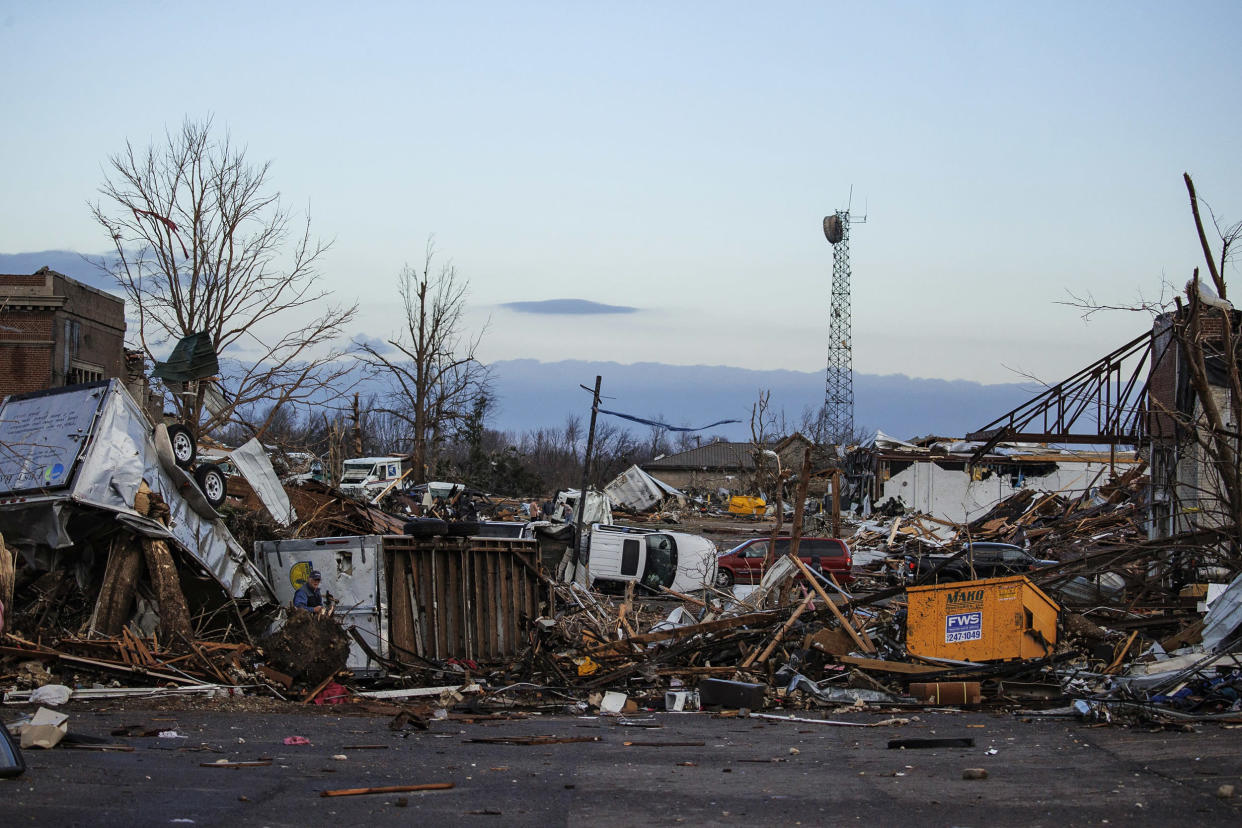 The National Weather Service will perform the official tornado survey to confirm if it was a continuous tornado or several tornadoes produced by the same storm. If confirmed as one single and continuous tornado, it will set the record for the longest “long-track” tornado in U.S. History.

The longest on record is the “Tri-State” tornado from 1925, which tracked 219 miles across Missouri, Illinois and Indiana.

While the National Weather Service provides the official intensities of the tornadoes after conducting storm surveys, there are several indications that the tornadoes, including the Mayfield one, were in the strong to violent categories, which meteorologists consider EF3, EF4 or EF5 on the Enhanced Fujita Scale.

One such indicator was debris lofted high into the air. Radar suggested that the Mayfield tornado threw debris over 30,000 feet into the air. That's the altitude commercial airplanes fly.

And this event was rare for December. 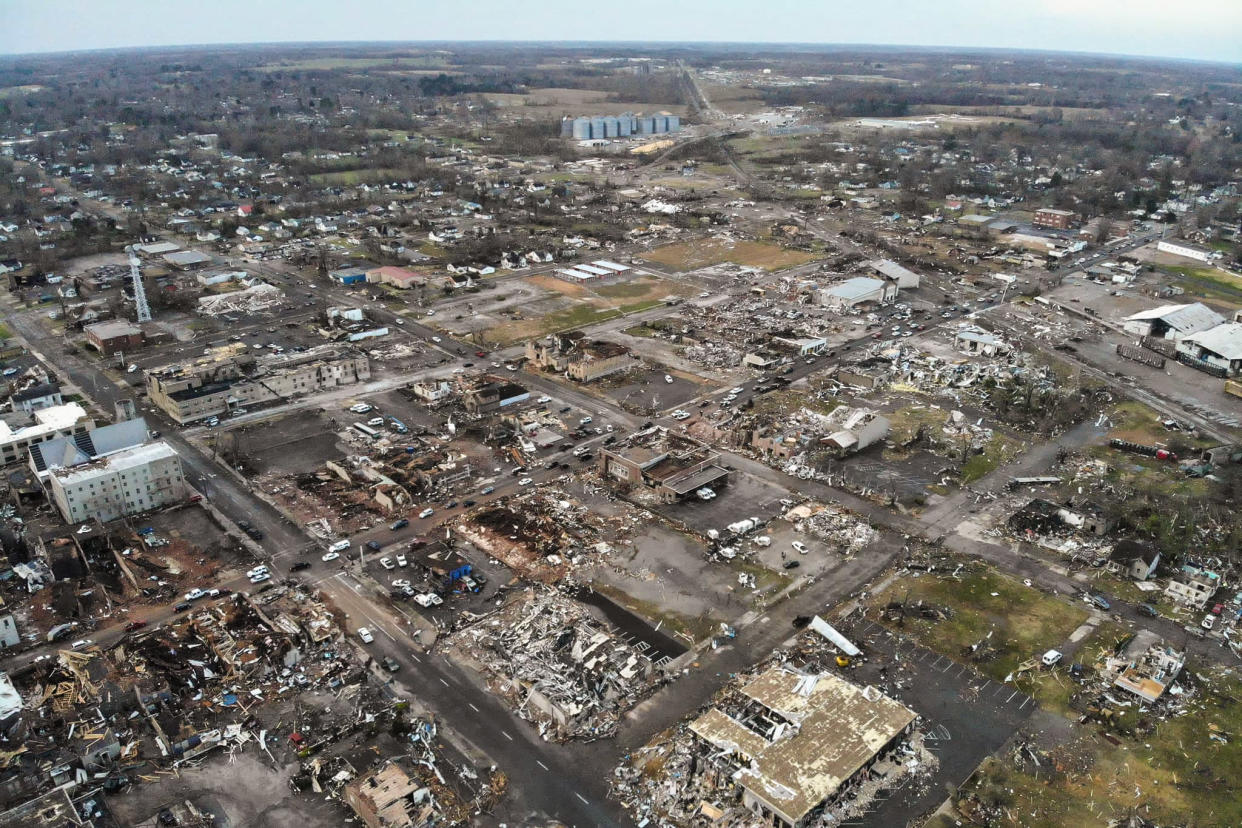 The last EF5 tornado to strike the U.S. during the month of December was in 1957.

An EF5 tornado is the strongest designation a tornado can receive. Exceptionally rare, these tornadoes can produce wind speeds higher than 200 mph. The last EF5 tornado to strike the U.S. was Moore, Oklahoma, in May of 2013. That was 3,125 days ago and the longest streak on record.

This event was caused by a volatile atmospheric set up that was primed to produce violent and long-track tornadoes. Friday featured unseasonably warm and record-setting temperatures that felt more like Spring than mid-December. This warmth, combined with high humidity, provided ample fuel for the storms. 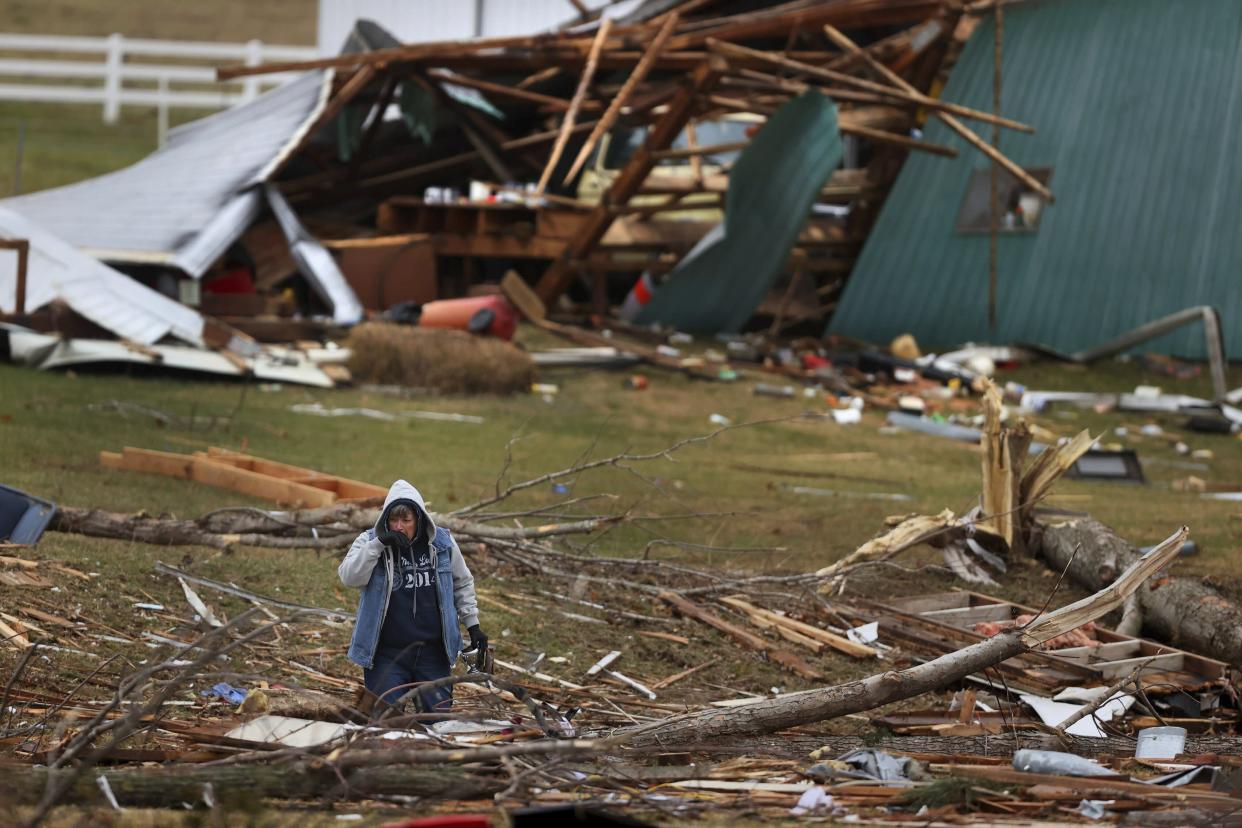 As the day progressed, the wind fields strengthened helping to create the dynamics, or "spin," in the atmosphere needed to produce tornadoes.

A cold front charging through the region provided the trigger for the storms, which with all the ingredients in place created ripe conditions for a tornado outbreak.

Compounding the favorable atmospheric ingredients is the fact that the United States is currently in a La Niña pattern, which historically increases tornado frequency across the Mississippi Valley.

And climate change may also have played a role.

Research reveals that climate change may be causing tornado alley to shift East, out of traditional tornado alley of the Great Plains and into parts of the Mississippi Valley. 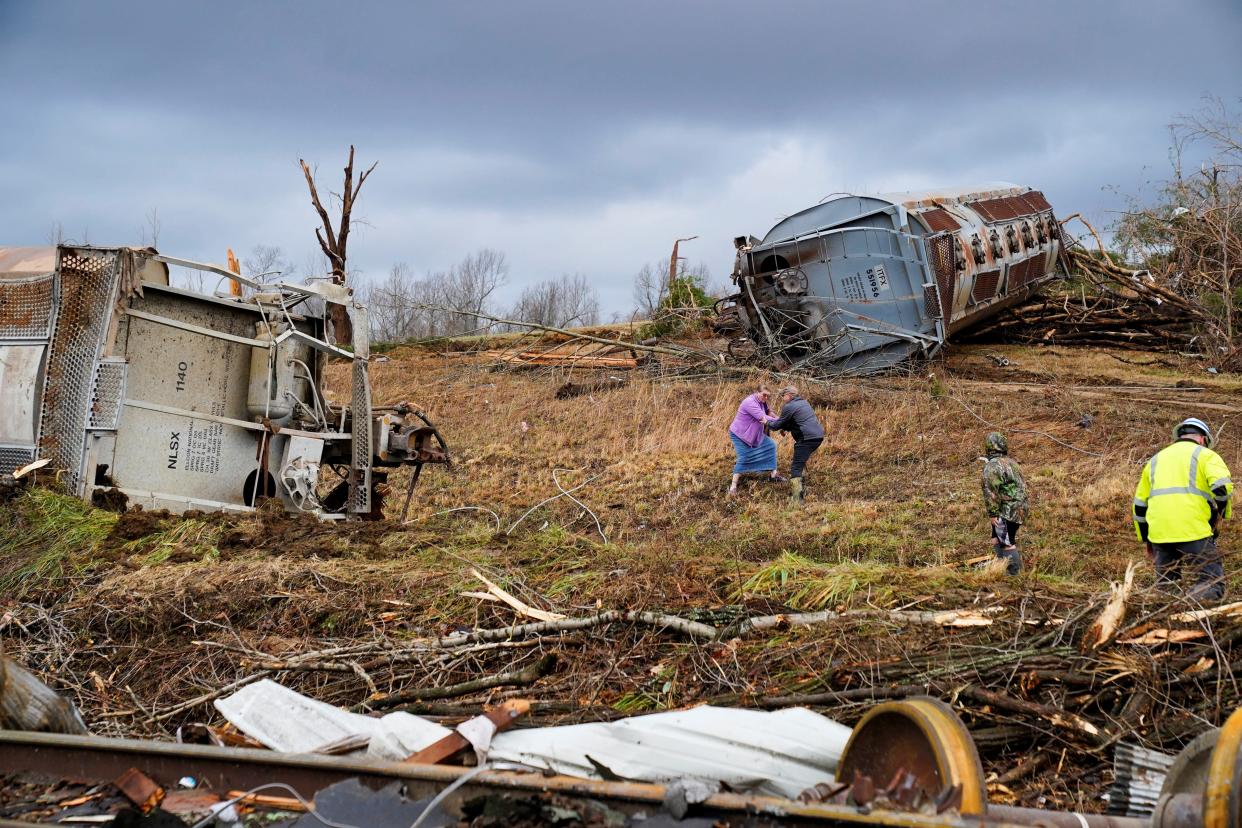 Kentucky Gov. Andy Beshear described the tornado as the most devastating one to hit the state, estimating that it might have killed at least 70 people or more than 100.

That will make this event not just one of the deadliest tornado events in Kentucky history, but also in U.S. history, and potentially the deadliest December outbreak on record.

Nighttime tornadoes are more than twice as likely to cause fatalities than their daytime counterparts. That's because tornadoes are harder to see at night, and people who are sleeping often don't have a way to be woken when warnings are issued.