Rescue mission to get UK citizens out of Afghanistan under strain

Unfolding nightmare that is the only way out: Rescue mission to get thousands of UK citizens out of Afghanistan is under strain after Kabul’s airport gets swamped by Afghans and Taliban gunmen open fire

The mission to rescue thousands of UK citizens from Kabul was under strain last night after the city’s airport was engulfed by desperate Afghans and Taliban gunmen opened fire.

The UK faces a desperate race to evacuate 6,000 Britons and eligible Afghans amid scenes of stampeding crowds and Islamist fanatics using rifle butts and sticks to beat protesters.

Mothers resorted to throwing their babies over razor wire fences towards paratroopers, while overwhelmed UK soldiers wrongly turned away Afghan interpreters over paperwork issues. One UK interpreter told the Mail how he was beaten by the Taliban yesterday and branded a ‘disgrace’ for working with foreign forces.

He has now gone into hiding in the Afghan capital.

It also emerged the Taliban have killed villagers in Helmand province whom they identified as having provided information to British troops during the long military campaign there. 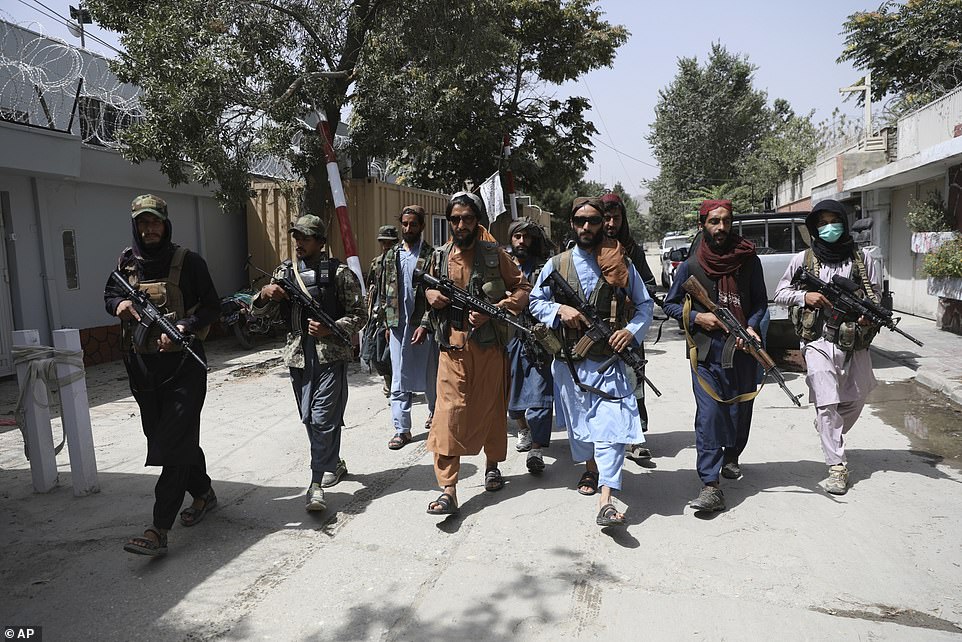 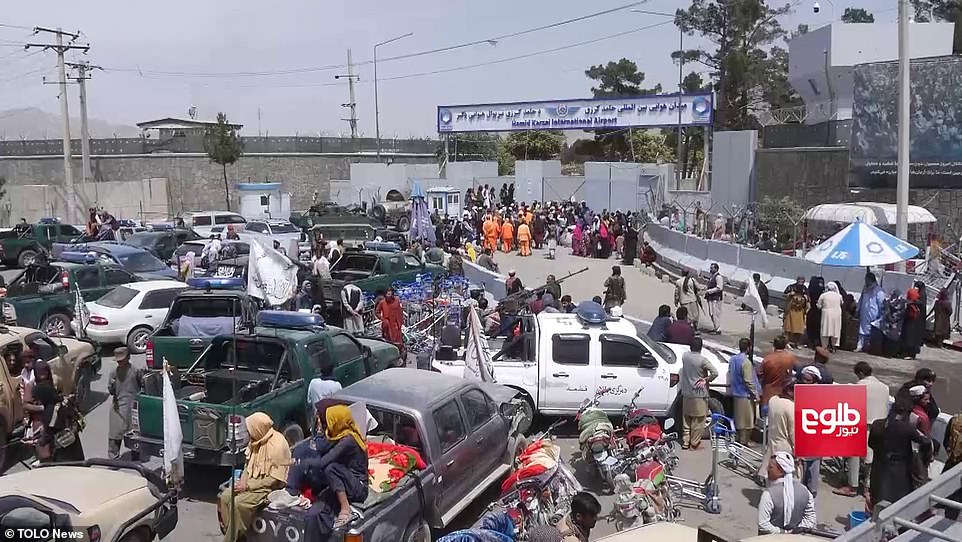 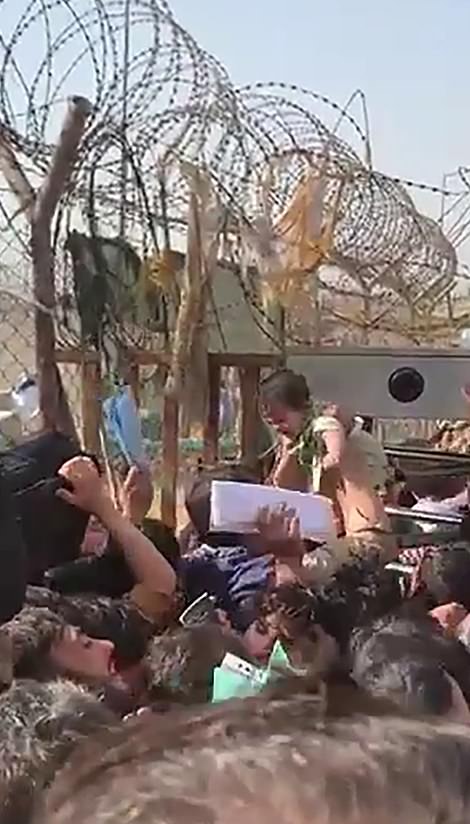 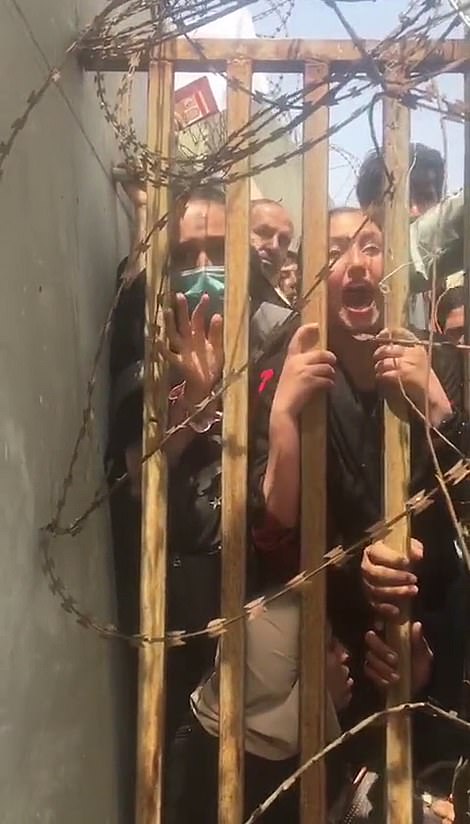 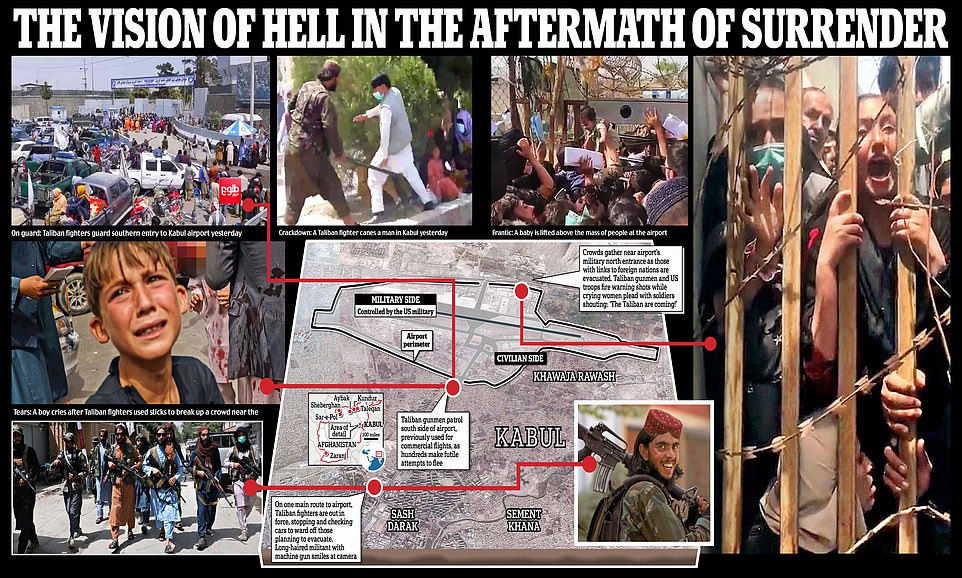 The Afghan war has cost the lives of 457 British soldiers. Remarkably, British troops and Taliban fighters are positioned just yards apart at the airport with only the razor-sharp fences separating adversaries who fought for 20 years.

Yesterday, thousands were surrounding the terminal, pushing in a bid to get to the front of crowds and waving documents in the air. And the tension raised whenever Taliban troops fired into the air to stop Afghans surging forwards.

Their gateway to freedom is patrolled by young British soldiers from the 2nd Battalion, the Parachute Regiment. Somehow, they must separate the legitimate applicants from those in the crowd who do not have the appropriate paperwork. Tragically, in spite of the danger he faces, one interpreter for British forces told yesterday how he was wrongly forbidden from entering the airfield.

There were also reports of fighting in the crowds. One Westerner, who wished to remain anonymous, said: ‘The Taliban turned back a group of Westerners even though they had passports. They were told by the Taliban to go away and got hit. They told us to come back in two hours, so we did. They then said come back in four hours, which we did. They were laughing at us, playing with us. There is no way we can get through to the airport. The evacuation won’t work like this. Americans, British, Germans were waiving their passports to the forces. Nothing helped. With a toddler, it was nearly impossible. So we gave up for now.’

The mood of the crowd also worsened as reports spread of huge transport aircraft taking off with very few passengers on board.

Remarkably, an Australian plane with a capacity for 128 passengers took off from Kabul yesterday with just 26. The previous day a German aircraft with capacity for 200 people left the airport with just seven passengers.

Just a fraction of that number have made it onto the most recent flights, despite a US pledge to evacuate 9,000 people a day.

Other nations are also facing accusations they have failed to maximise the space aboard their aircraft. A Dutch C-17 with space for 150 is said to have departed on Tuesday with just 40 on board. While on the same day a French A400M with a similar capacity left with 41 passengers. Similar figures have been reported for Italian and Spanish aircraft.

At least 17 people were injured yesterday in scuffles at the airport but international flights were able to take off via the main runway.

The RAF was hoping to airlift 1,000 people yesterday but defence sources were unable to confirm last night whether this target had been reached. Some 700 were airlifted out on Tuesday. 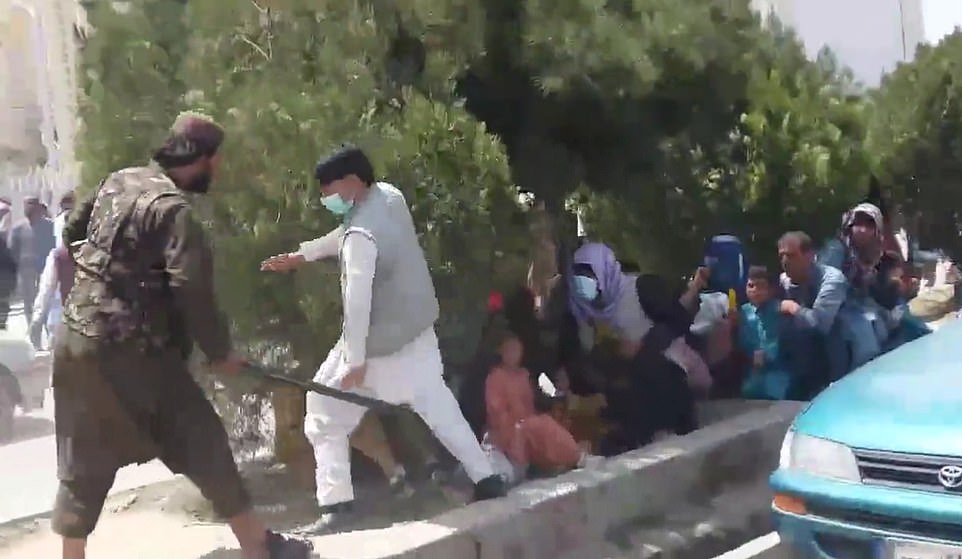 The UK faces a desperate race to evacuate 6,000 Britons and eligible Afghans amid scenes of stampeding crowds and Islamist fanatics using rifle butts and sticks to beat protesters. Pictured: A Taliban fighter canes a man in Kabul yesterday 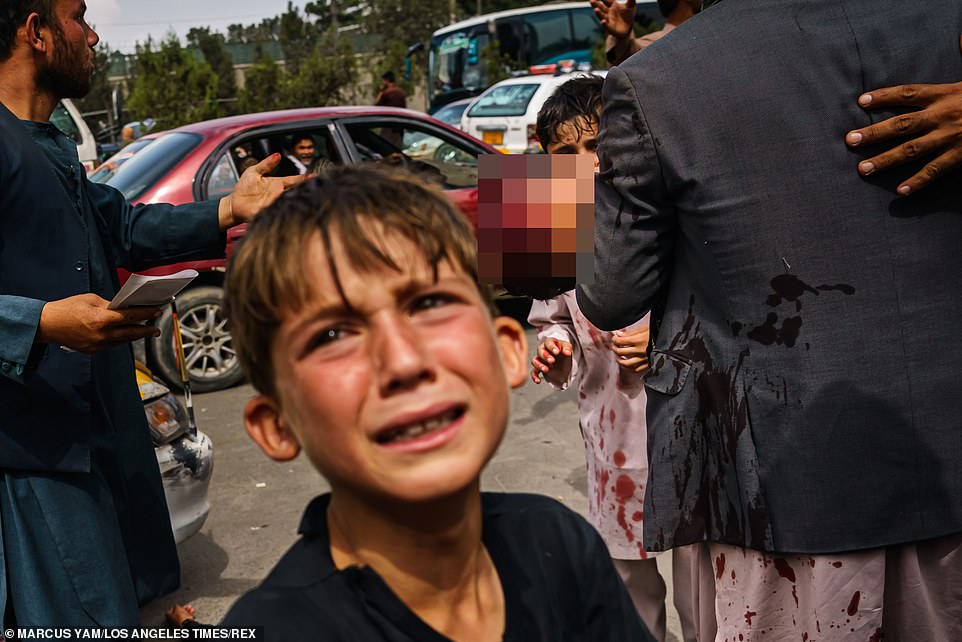 Tears: A boy cries after fanatics used sticks to break up a crowd near the airport

As chaos descended at the airport, Britain’s ambassador Sir Laurie Bristow – speaking for the first time about the growing crisis – said his team was working ‘flat out’ to bring Britons home. The career diplomat, who has bravely stayed behind to manage the crisis, gave an alarming warning that his team has ‘days and not weeks’ to get everyone to safety.

This is because many senior UK officials fear they are working on borrowed time and the Taliban could withdraw their consent for the evacuations.

This would leave thousands of UK citizens and eligible Afghans stranded in the country. There were also reports last night that Britain fears US forces may pull out of Kabul within days.

Government sources reportedly confirmed that the UK’s mission to rescue its citizens and vulnerable Afghans would be impossible if America withdraws.

Officials also could not guarantee how long the US would keep its 6,000 troops on the ground. 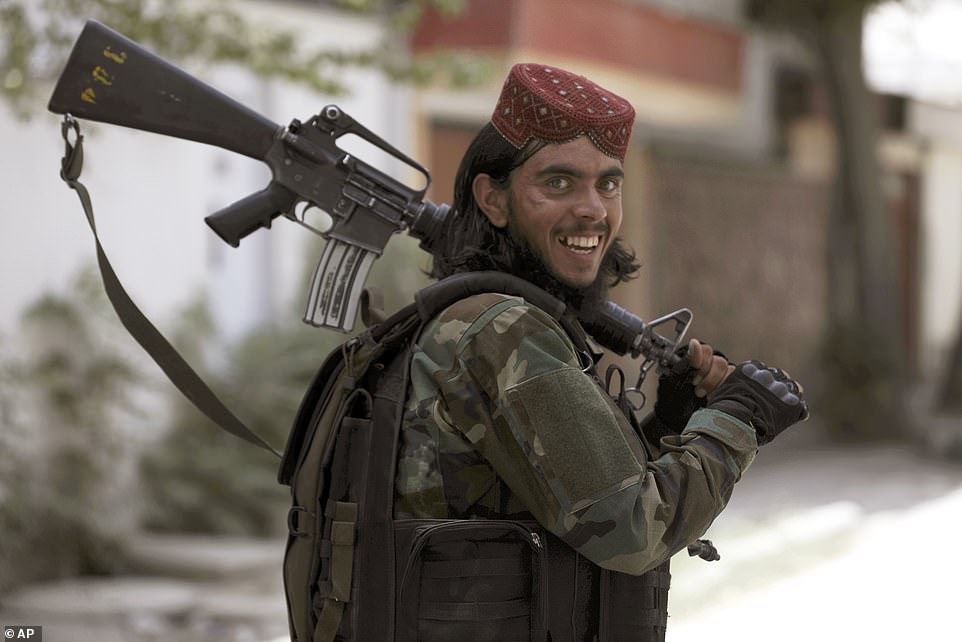 ‘I am proud of the team here at the airport. Colleagues from across government are doing everything they can to get people to safety.’

Asked about his decision to remain in Afghanistan, Sir Laurie said: ‘We had to take decisions about who stayed in very, very difficult circumstances at speed as the situation unravelled. It’s my choice to stay here. All of my staff here are volunteers and I pay tribute to them for that.’

On how much time he had to complete the operation, he said: ‘It depends on other things outside our control. We’re working on the basis of days, not weeks. So we really do have to get those numbers through.

‘We’ll put everything we can on this for the next few days.

‘My assessment is that the Taliban see it in their interests to help it [the evacuation] to happen in an orderly and clear way. So we are working with them where we need to, at a tactical, practical level.’