Middle England villagers have launched their own night-time street patrols to fight crime which they say has soared during the coronavirus pandemic.

Locals in affluent Brixworth – where Mercedes Benz have a base developing engines for Formula One Grand Prix racing cars – say they have ‘lost confidence’ in Northamptonshire Police.

The force’s website shows 48 crimes were committed in the village in September, with 23 related to violence and sexual offences, six to anti-social behaviour and six to criminal damage and arson.

On one night, some 22 vehicles were said to be damaged by criminals.

A group of 14 volunteers has been formed to patrol the village between midnight and 4am to try and enforce a crackdown.

However, patrol organiser and business owner Justin Gomersall, who has lived in Brixworth for just over two years, has insisted the volunteers are ‘not a vigilante group’. 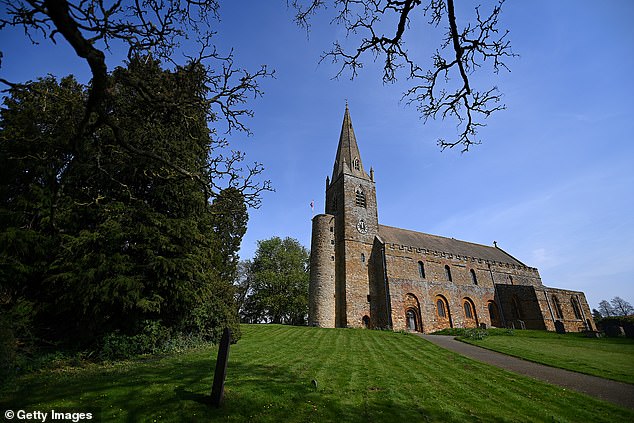 Locals in affluent Brixworth (pictured: All Saints Church in the village) say they have ‘lost confidence’ in Northamptonshire Police

Criminal prosecutions in England and Wales plunged by almost 60% in three months as restrictions imposed to tackle the Covid-19 pandemic hit the justice system, figures suggest.

Both prosecutions and convictions were down 18% in the 12 months to June 2020, compared to the previous year, according to Ministry of Justice (MOJ) statistics.

The report published last week, which is the first to contain a full quarter affected by the coronavirus pandemic, shows the impact on courts as restrictions on movement were imposed to tackle coronavirus towards the end of March. 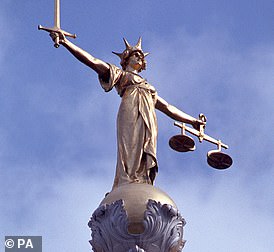 Criminal prosecutions have fallen by almost 60% since the start of the pandemic according to the latest figures from the Ministry of Justice (pictured: Central Criminal Court, Old Bailey)

There were similar drops in convictions and offenders sentenced, which plummeted by 59% and 58% respectively.

The figures also show the average custodial sentence hit its highest in a decade in the year to June – reaching 19.5 months, up two months from the previous year.

‘This increase continues the longer term upward trend over the last ten years and in the latest year may be partly influenced by the prioritisation of cases likely to result in custody in response to the Covid-19 pandemic restrictions on movement,’ the report said.

A total of 1.34 million people were dealt with by the criminal justice system in the year to June, down 15% on the previous 12 months.

The latest quarter saw a 49% drop from the previous three months.

The total number of offenders sentenced dropped 17% to 975,000 compared to the previous year, the data shows.

An MoJ spokesman said: ‘The situation has vastly improved since the period these figures cover – magistrates’ backlogs are now falling and the number of cases being resolved by the Crown Courts has trebled since April.

‘We’re spending £80 million on a range of measures to further drive this recovery, including hiring 1,600 additional staff and opening more Nightingale courts to boost capacity.’

‘There’s nothing vigilante about it at all. We want to work alongside the police to prevent crime,’ he said.

‘We understand that police resources are stretched, especially during this pandemic.

‘It’s not their fault they are stretched, it’s just the circumstances we’re in.

‘They have probably got bigger things to sort out, but someone needs to be looking after our village.

‘I have my business in the village and I don’t want it to be destroyed by vandals. We are not just going to sit back and let this happen.’

Vans have been the most recent target for criminals who are ‘destroying people’s livelihoods’, Mr Gomersall said.

One woman had both her wing mirrors torn off during vandalism that cost her £1,600.

‘We have started up a small group which isn’t live yet,’ he said.

‘We aren’t going to launch the patrols officially until we have spoken with the police, but we are making some good headway in terms of getting people to understand the desperate need for there to be more of a police presence in the village.

‘These crimes are always committed in the early hours of the morning. A village is not like a town. In the hours between midnight and 4am, it can be quite eerie and this is when crime has been happening.’

The plan for the patrols is for local volunteers to drive around the village and be a presence on the streets for an hour at a time, seven days a week between midnight and 4am.

Mr Gomersall added: ‘You have to do it seven days a week because the one day you don’t do it is when something will happen.

‘Brixworth is on the main road to Leicester and to Northampton. There are lots of roads going in and out of it and that makes it an easy target.

‘To be honest, I think it is people from large towns and cities targeting villages like Brixworth.’

He said the purpose of the patrols is ‘not to get out of our cars with baseball bats’ but to work alongside the police.

If volunteers see something suspicious, they will call the police, take video evidence and number plates of vehicles where necessary.

‘Covid has had a huge effect on people, times are hard and people are desperate and that will increase crime, especially in the run up to Christmas.

‘We need to push away people who are planning to commit crime here.’

It comes after a petition calling for more action reached almost 300 signatures, with organiser Jon Missin insisting the village has become ‘a target area for vehicle crime’ and that locals now have ‘very little confidence in the levels of policing’.

A ‘Streetwatch’ scheme has been set up in nearby Towcester and local police officers insist they are looking at introducing something similar in Brixworth.

Neighbourhood Policing Sergeant Aaron Puckrin said: ‘I want to reassure the local community in Brixworth that there is a lot of work going on to investigate this spate of break-ins in order to bring the offenders to justice.

‘House-to-house enquiries have been taking place in the areas where the break-ins have been reported and we have also been collecting CCTV to ascertain whether there is any footage of note that may help us identify our suspects. 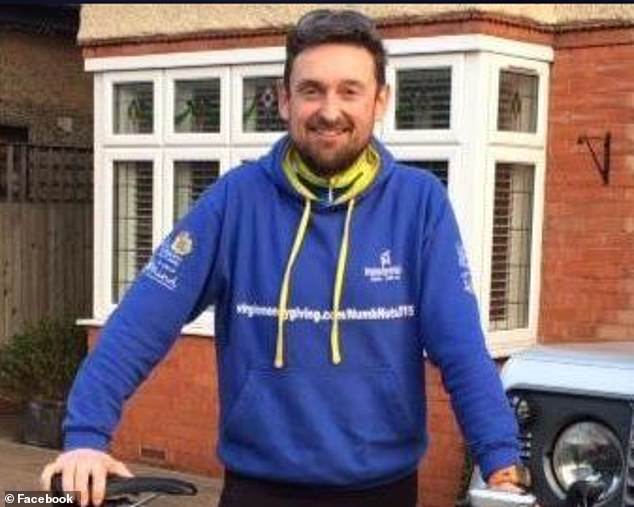 Patrol organiser and business owner Justin Gomersall, pictured, who has lived in Brixworth for just over two years, has insisted the volunteers are ‘not a vigilante group’

‘We have also had meetings with representatives from the parish council as well as the community safety partnership and are currently in talks with both organisations regarding the setting up of a local Streetwatch scheme.

‘I would like to appeal for anyone with any information about these break-ins to come forward. You can do this via 101 or if you would prefer to remain anonymous, you can call Crimestoppers on 0800 555111.’

Local MP Chris Heaton-Harris says he has been liaising with Northamptonshire Police in order to rectify the issue of crime in the village.

He said: ‘I thank the residents of Brixworth for making me aware of this matter although it is extremely troubling.

‘I’ve made contact with Mr Stephen Mold, Police and Crime Commissioner, as well as Mr Nick Adderley, Chief Constable, of Northants Police. I’m pleased to say both are acting quickly and decisively to assist and I remain in correspondence with both.

‘I will be putting any updates I receive on my website and I urge any concerned constituents to stay abreast of progress there.’

Parish council chairman Stephen James said the monthly crime data would be discussed at its next meeting with a view to creating a partnership to help reduce the figures.

Mr Mold added: ‘I am sad to hear that people have signed this petition to show they are unhappy with incidents that have happened in Brixworth.

‘I will be asking the chief constable to let me know what is happening in the area and what is being done to address residents’ concerns, and I’ll be getting back in touch with the residents to let them know.

‘The force has made a priority of acquisitive crime and has had significant success with residential burglaries.

‘I will ask the chief if there is a similar focus on vehicle crime and for an update on these incidents.’