Rishi Sunak today promises a ‘major crackdown on grooming gangs’ as well as wider efforts to protect women if he wins the Tory leadership contest.

The former chancellor will create new laws to target members of child sex abuse rings and set up emergency task forces in towns and cities where they have taken hold.

Writing in today’s Daily Mail, he also warns that fears over racism must not deter the fight against grooming gangs, after an inquiry revealed that police failed to tackle widespread abuse by south Asian men in Telford for fear of looking ‘politically incorrect’.

In a separate move, Mr Sunak will make it a crime for men to take intimate photos of women without their consent.

‘Sexual violence against women and girls should be treated as a national emergency until it has been defeated,’ he said last night. ‘As a father of two girls, I want them to be able to go for a walk in the evening or to a shop at night without any fear of threat.’ 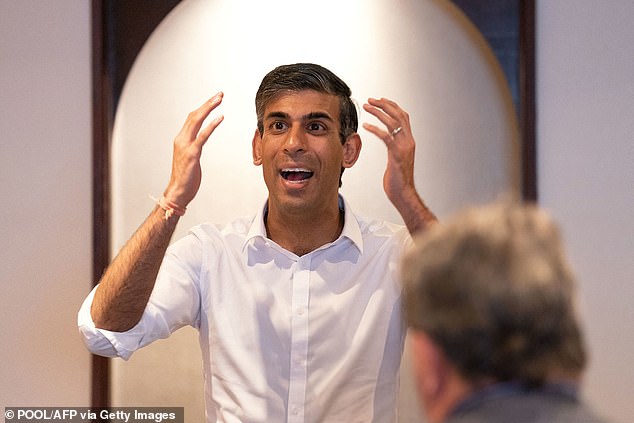 Britain’s former chancellor to the exchequer and candidate to be the Leader of the Conservative Party, and Britain’s next Prime Minister Rishi Sunak, gestures as he delivers a speech during a campaign event in Newmarket, on July 27, 2022

He said that as Chancellor he boosted support for victims but will go further if he becomes prime minister.

‘I will make it a criminal offence if you harass women by taking intimate images of them without their consent and will introduce a major crackdown on grooming gangs,’ he added.

‘We cannot let sensitivities over race stop us from catching dangerous criminals who prey on women and I will not stop until we live in a society where women and girls can go about their daily lives feeling safe and secure.’

Under his plans, the National Crime Agency (NCA) will be ordered to set up investigations anywhere where significant grooming gang activity is known to have taken place. The NCA is already leading a huge inquiry called Operation Stovewood into child sexual exploitation in Rotherham. Mr Sunak would also launch a National Grooming Gangs Whistleblower Network to make sure that cases are properly investigated, ending the scandal of public bodies ignoring evidence of abuse.

And the NCA would set up a database to help police monitor gang members, especially those who operate across force lines.

It would become a criminal offence to belong to a grooming gang or facilitate its actions, while those directing the abuse would face life sentences. 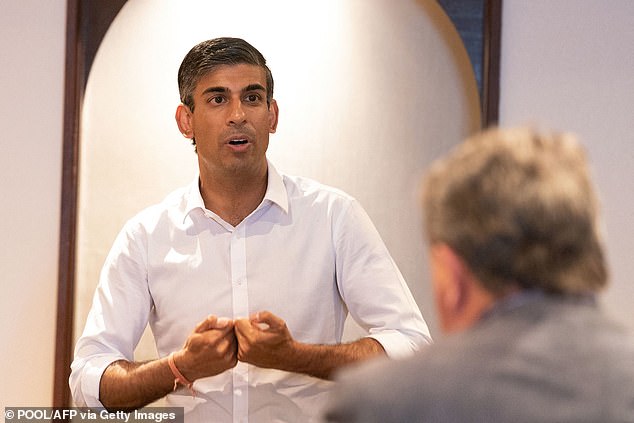 Rishi Sunak and Liz Truss are contesting a run-off to be the Conservatives’ new leader, and thereby prime minister, with the ruling party’s approximately 200,000 members set to vote next month

Officers would also get the power to force suspects to explain why they had the contact details of under-18s in their mobile phones.

It would be a criminal offence for those arrested for child sexual exploitation not to reveal their ethnicity or nationality, or to lie about it.

Mr Sunak would press ahead with the Bill of Rights proposed by Boris Johnson’s Government last month, making it more difficult for foreign members of grooming gangs to resist deportation.

Frontline police officers would also get new training to help them identify victims of exploitation, which would remind them that they must serve without fear or favour – and must not let their fear of being accused of racism allow criminals to avoid punishment.

By RISHI SUNAK for THE DAILY MAIL

How serious are we as a society about protecting women and girls? There is a strong cultural consensus, backed up by legislation, that deplores and forbids any form of sexual violence. And yet women and girls continue to be subject to attack. Every case is an outrage that seriously undermines the sense of security to which every female is entitled.

As a man, I wouldn’t think twice about walking to the shops at night yet my wife and daughters would hesitate –because of the threat posed by other men. That’s something I am determined to change.

As Chancellor, I made it one of my priorities to boost support for victims. By 2024/25, we will invest £192million a year into victim support, including 1,000 independent sexual violence advisers and 24/7 support for rape victims. I also funded Operation Soteria, a ground-breaking new approach to policing, making police investigations less intrusive for victims and putting them at the forefront so that more perpetrators face justice.

But we must go further. A failure, both moral and practical, of our so-called civilised society is that the authorities often turn a blind eye to sexual violence which occurs in marginalised communities. The recent report into grooming gangs and child exploitation in Telford was only the latest in a long line of investigations and inquiries into the industrial scale rape of young girls by criminal gangs. This is something that has happened in dozens of towns and cities across the UK. It goes back many years and there is no doubt that it continues today.

What angers me beyond measure is the fact – and this is backed up by clear evidence – that a misplaced fear of being accused of racism has led the authorities in these areas to stand by and let the most disgusting crimes happen. Thousands of girls could have been spared rape, drug addiction and coercion at the hands of these grooming gangs.

It has taken heroic efforts by people like Sarah Champion, the Labour MP for Rotherham, and the pioneering journalist, Andrew Norfolk, to expose the scale of the abuse. For that they have been accused of cynicism and racism. Sarah Champion was forced off the Labour front bench by her own side that said even discussing grooming gangs was ‘incendiary and irresponsible’. 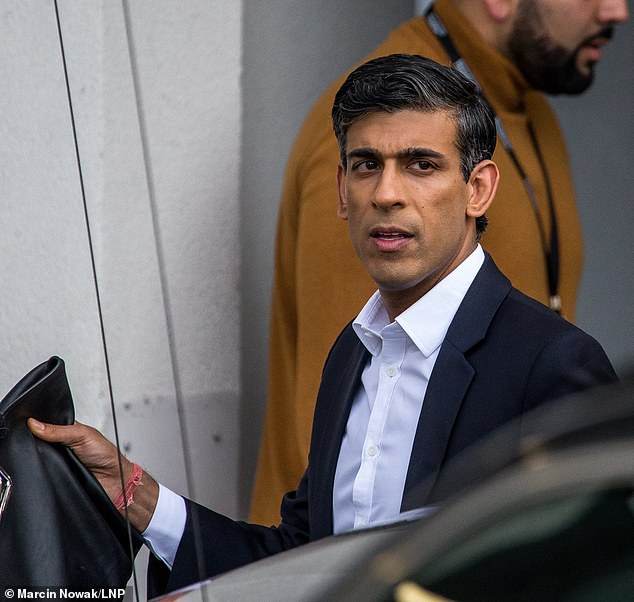 Bravest of all have been the victims who survived and have spoken out about the terrible things that were done to them.

Nor should we assume that domestic rape and sexual coercion is a thing of the past. It can happen in all communities but there is no doubt that it is the more marginalised ones that the police and social services find it more difficult to get a handle on.

If Britain is serious about fighting these scourges then public authorities including Parliament need to exhibit a higher level of determination.

Many criminals convicted of sexual violence are repeat offenders. Once is enough. If I become Prime Minister, I will impose tougher sentences for gang members and greater post-incarceration monitoring and control. It’s time to put the interests of victims above those of perpetrators.

Rehabilitation is a laudable aim but must never be sought if it poses a risk to women.

I will direct the National Crime Agency to establish an emergency taskforce to hunt down the criminal gangs that continue to rape and abuse girls across Britain.

Those predators found to be foreign nationals should be deported – something the Bill of Rights that I will pass will make easier. There must be much greater emphasis on victim support which means not only more resources but also a more open national conversation to break the silence.

I came into politics to do good but making things better isn’t just about improvement and innovation. It’s about having the determination to fight evil.

Sexual violence against women and girls should be treated as a national emergency until it has been defeated.