Sir Roger Moore’s third wife – the Italian actress Luisa Mattioli – has died at the age of 85.

Family friends say the film and TV star, who was married to Sir Roger for 24 years, had been ‘ill for some time’.

Mattioli had three children with the James Bond star, who she met while filming the 1962 Italian adventure comedy Romulus and the Sabines.

The couple separated in 1993 and official divorced in 2002, after Sir Roger left Mattioli for her best friend – Swedish-born Danish socialite Kristina ‘Kiki’ Tholstrup.

Speaking about the news, the couple’s oldest son, Mayfair restaurateur Geoffrey Moore, said: ‘Sadly, I can confirm it is the case.’

He was speaking from Switzerland, where Mattioli is understood to have been living at the time of her death.

Another family member said: ‘Luisa was ill for some time, so it has been a difficult period for all the family. Despite her acrimonious split from Sir Roger, they were reconciled before his death.’ 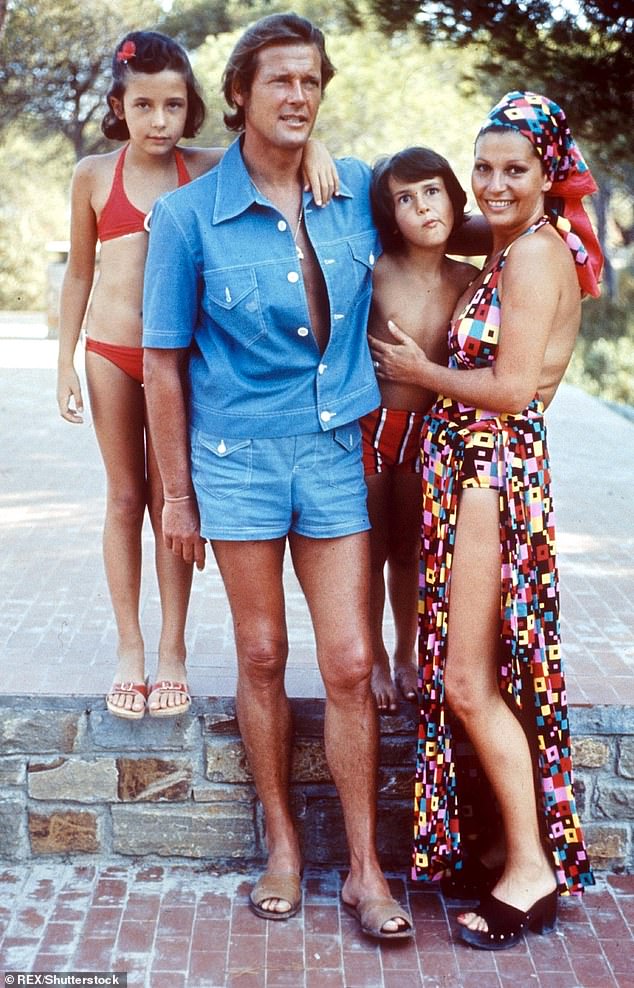 Sir Roger Moore’s children (pictured in 1973 with Moore and Luise Mattioli) were thrilled by the long-awaited release of the new James Bond film, No Time To Die 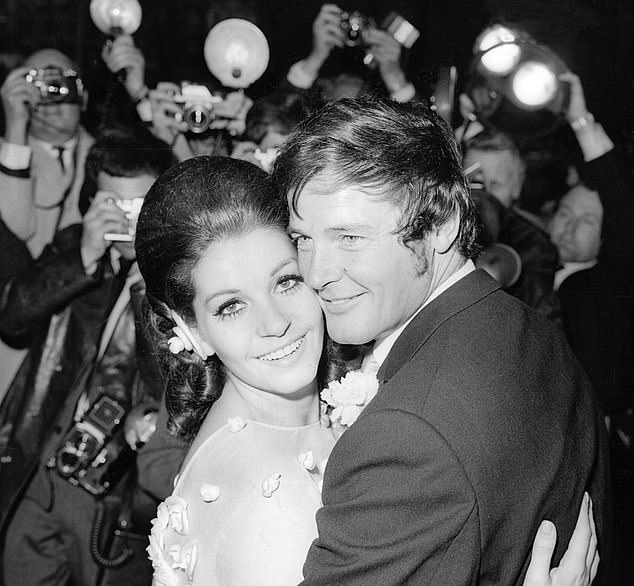 Luisa Mattioli, has died at the age of 85. The Italian actress was 007 star Sir Roger’s third wife. Pictured: Roger Moore after his wedding to Luisa Mattioli at Caxton Hall

Aged 23, she landed a role in the 1959 Italian drama The Night of The Great Attack, playing a maid.

Two years later she was cast in the Richard Pottier film Romulus and the Sabines, starring alongside her future husband Moore.

At that time, however, Moore was still married to singer Dorothy Squires, his second wife.

After their split, Moore married Mattioli in a ceremony in London in 1969. They had three children together, Geoffrey, Deborah and Christian.

Mattioli won a huge £10million settlement in their divorce, which she refused to grant for seven years.

She wrote in her memoirs, Nothing Lasts Forever, about how she felt betrayed by Tholstrup and discarded by Moore.

Moore’s children with Mattioli refused to speak to him for some time after the divorce, but were later reconciled with their father.

The start of Mattioli’s romance with Moore was just as explosive as its end.

When his second wife, Dorothy Squires, learned of his affair with Mattioli, which began while they were filming in Italy in 1961, the Welsh singer smashed a guitar over his head. 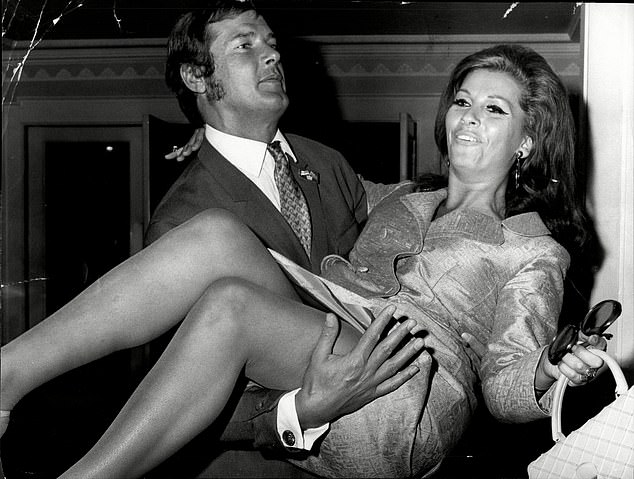 Moore, who died in 2017 aged 87, left Mattioli (both pictured) in 1993 for her best friend, Swedish-born Danish socialite Kristina ‘Kiki’ Tholstrup 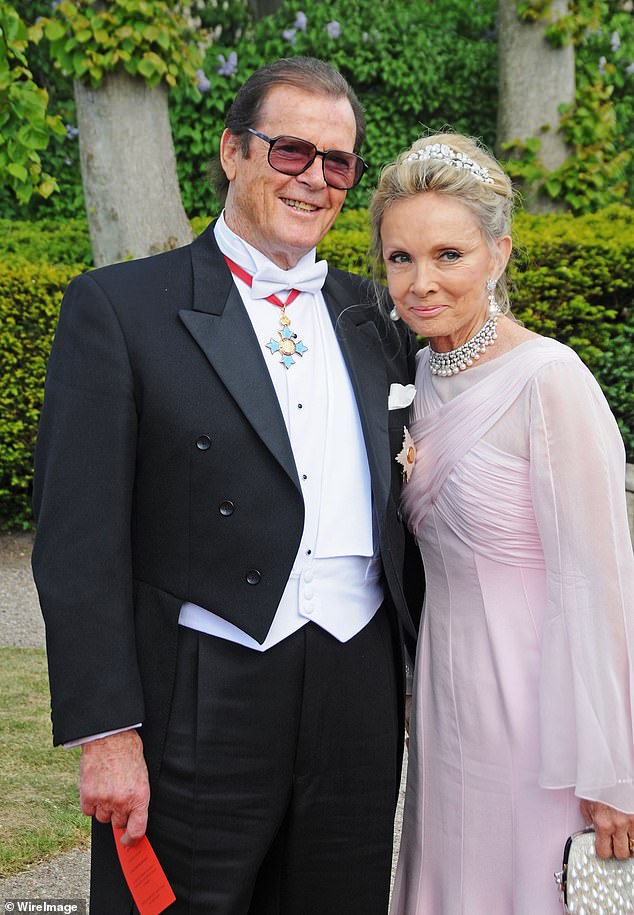 Moore, who died in 2017 aged 89, left Mattioli in 1993 for her best friend, Swedish-born Danish socialite Kristina ‘Kiki’ Tholstrup (pictured with Sir Roger in 2008)

Moore said: ‘She threw a brick through my window. She reached through the glass and grabbed my shirt and she cut her arms doing it.

The police came and they said: ‘Madam, you’re bleeding’, and she said: ‘It’s my heart that’s bleeding’.’

Squires refused to accept their separation and sued Moore for loss of conjugal rights, but Moore refused the court’s order to return to Squires in 28 days.

She unsuccessfully sued Kenneth More for libel, as the actor had introduced Moore and Mattioli at a charity event as ‘Mr Roger Moore and his wife’.

When Moore, who was first married aged just 18 to fellow RADA student Doorn Van Steyn, finally wed Mattioli in 1969, a crowd of 600 fans gathered outside the Caxton Hall in Westminster, with women screaming his name.