Royal Mint ditched plans for a coin to mark the legalisation of gay sex because it ‘lacked public appeal’, documents reveal

The Royal Mint vetoed plans for a coin to mark the 50th anniversary of the legalisation of homosexuality, fearing a ‘lack of appeal’.

Bosses at the Mint considered celebrating the landmark Sexual Offences Act 1967, widely regarded as one of the most important pieces of social legislation passed in the UK.

But documents obtained by The Mail on Sunday under Freedom of Information laws reveal officials did not feel creating a coin would be ‘commercially viable’. 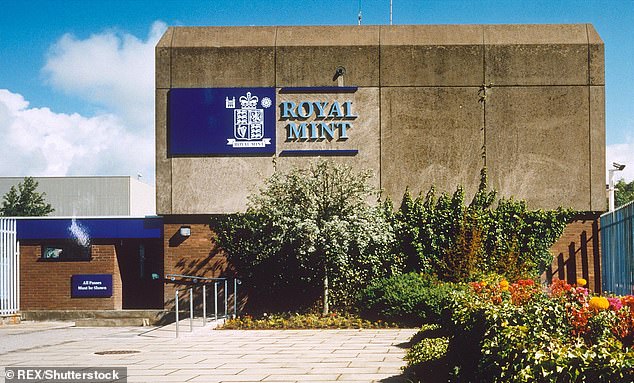 The Royal Mint considered celebrating the landmark Sexual Offences Act 1967 but vetoed the plans, as officials officials did not feel creating a coin would be ‘commercially viable’

The Mint faced an unexpected dilemma when it approved a coin to celebrate King Cnut.

On creating a coin to mark the 1,000th anniversary of the King’s coronation, officials had to agree on how to spell his name, noting the potential for ‘misreadings’.

Cnut, a Danish-born Prince who was anointed English ruler in 1017 and reigned until his death in 1035, was identified as Cnut in Old English sources but also went by the Norse name Knutr, given his joint kingship of England, Denmark and Norway.

In addition, Latin sources gave his name as Canutus, which led to the Anglicised Canute in the 19th Century. Minutes from the Mint’s advisory committee on the design of coins, medals, seals and decorations say they took expert guidance on which spelling to use on the £5 commemorative coin, inset.

It was noted that Cnut was ‘the most authentic spelling’ but Canute – the name eventually chosen – ‘lent itself less to unfortunate misreadings’.

Cnut the Great is best known for taking his throne down to the sea and ordering the tide to turn back so it did not wet his feet and robes. 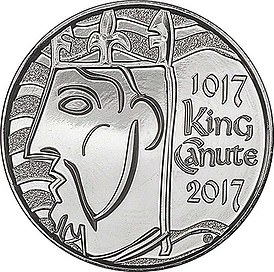 Officials had to agree how to spell King Cnut’s name on a celebratory coin, noting the potential for ‘misreadings’

The 1967 Act decriminalised consensual sex between men over 21 and secured cross-party support.

While it did not introduce full equality, it paved the way for legislation that did.

Minutes of meetings held in 2015 by the Royal Mint’s advisory committee on the design of coins, medals, seals and decorations, show a coin to commemorate the 50th anniversary of the Act and one to mark the release of The Beatles’ Sgt Pepper album were considered.

‘The marketing department at Royal Mint ultimately came to the conclusion that neither would be commercially viable, the homosexuality theme because of the lack of appeal it was likely to have for collectors and the Beatles album because of the complexity and cost of dealing with the licensing elements,’ the minutes state.

Such considerations did not prevent The Royal Canadian Mint from producing a one dollar coin in 2019 to mark the 50th anniversary of the decriminalisation of homosexuality there.

Human rights campaigner Peter Tatchell said: ‘It seems bizarre and quite appalling that the anniversary was not deemed significant enough.

‘The argument that it was not commercially viable sounds like a cop-out. For millions of LGBT+ people and straight allies, this would be a coin worth having.’

Other documents reveal the Mint’s rigorous attention to detail once an idea had been approved.

They believed Mrs Tiggy-Winkle’s fingers were too ‘pointed’ and Squirrel Nutkin had ‘paws like claws’, while Lord Waldegrave thought the jowls for Peter Rabbit ‘were too heavy here as well, giving the impression of a rather too well-fed Alderman Rabbit’. They asked for new, ‘friendlier’ models.

Last night, a Royal Mint spokesman said they were working on coins to ‘commemorate events and individuals linked to the British LGBT movement’, adding that all proposals go through a ‘rigorous planning and design selection process’ and that some ‘can be proposed on several occasions before progressing to a UK coin’.